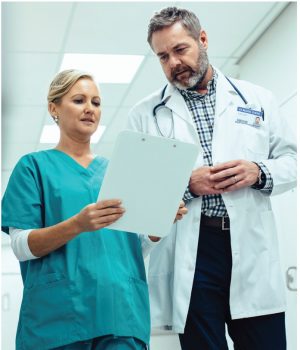 FOUR YEARS AGO, the hospitalists and nurses at Columbus’ Ohio State Wexner Medical Center decided to forge ahead with an initiative they were convinced would add value: having doctors and nurses, along with residents, round together at the bedside. After all, studies have found that multidisciplinary bedside rounds—when done right—can improve workflow, reduce interruptions and pages, and boost satisfaction for both clinicians and patients.

“The concept is sound,” points out hospitalist Chirag Patel, DO, medical director for quality and patient safety education, “but our delivery was poorly executed, due to a lack of understanding of all the barriers we would encounter.” While the project leaders had high hopes, they realized that in at least half of the rounds taking place in the first year of implementation, the doctors and nurses weren’t making it to the bedside together.

That’s when they decided to take a six-month hiatus and go back to the drawing board. “It was a rude awakening and, we realized, a big opportunity to improve,” Dr. Patel says. “If we can’t make joint rounds happen, where’s the value?”

Set the day’s care plan
Dr. Patel notes that he and the others leading the project knew it would be a challenge to get doctors and nurses together for joint rounds. While the medical center at the time tried to localize each hospitalist’s patients to six units, even that was difficult because the hospital was typically running at 100% capacity or more.

“The concept is sound, but our delivery was poorly executed.” 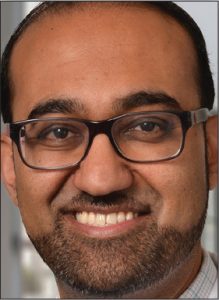 As implemented, the joint rounds were to take place between 8 a.m. and 11:30 a.m., giving residents time to meet educational obligations both before and after. Further, joint rounds were designed to be the one time each morning the entire team would visit patients. Bedside rounds were not supposed to be lightning rounds that occurred in addition to doctors rounding alone before or after joint rounds.

Because the joint rounds would be the sole round for the day, “it has to be a full encounter with each patient, and some patients require more time than others,” Dr. Patel explains. “There was no way to predict how much time on average you’d spend with each.” Doctors would circle back by themselves in the afternoon to meet again with patients who still had unanswered questions.

The purpose of the joint rounds, Dr. Patel says, was “to establish the plan for the day so patients know what’s going to happen. We wanted to let them know what we’ve learned, how their status has changed and what’s next.” Further, joint rounds were launched in all the university hospital’s medical-surgical units.

But once the joint rounds were put on hold to figure out how to improve them, “there was a lot of finger-pointing,” Dr. Patel admits. “Physicians said the nurses weren’t showing up at the bedside when they were rounding, while the nurses said the doctors weren’t giving them enough time to free themselves from what they were doing.”

Surveying frontline staff
To get a handle on what was going wrong, Dr. Patel says the center first held separate focus groups with frontline physicians and nurses. Project leaders then went a step further and surveyed frontline clinicians.

To help facilitate actually getting together, it was clear that doctors needed to give nurses more of a heads-up. Hospitalists were advised to call nurses at least a few minutes in advance. One workflow suggestion: have doctors call the next nurse they’d be rounding with while they were in transit to that nurse’s unit or prior to entering their orders for the patient they were currently seeing.

“Hospitalists were also encouraged to ‘bunch’ rounds on all patients they have with the same nurse,” Dr. Patel points out. “That saved them the time of making multiple calls to the same nurse.” To further save physician time, unit clerks were tasked with updating nurses’ names and phone numbers in the EHR. Unit clerks were also asked to notify all bedside nurses when a specific provider arrived on a unit.

Another innovation was creating a best practice guideline that lists rounding expectations and lays out time parameters for each unit. “Knowing providers would conduct rounds within a specified timeframe allowed nurses to better prioritize their own competing obligations,” he notes.

One other big problem that emerged in the surveys: Nurses often felt that doctors weren’t really including them in the discussion. “A lot felt it was a two-way conversation between the doctor and the patient,” he says. “They felt they were just standing in the corner and not being given an opportunity to add anything.”

And for their part, doctors admitted they didn’t know how to best include nurses in the conversation. “They were hoping the nurses would be proactive and jump in,” Dr. Patel says. “Doctors didn’t know how to prompt nurses to join the discussion.” Another facet of that dilemma: “We have a lot of young providers who are frankly nervous around nurses with years of experience. It’s very easy to become intimidated by an expert nurse.”

Bringing nurses into the discussion
The solution was coming up with a checklist of items nurses would be responsible for presenting during rounds. That list includes identifying any overnight events or clinical issues, pain management problems, and any outstanding patient questions. The checklist, Dr. Patel says, not only ensures nurse participation, but saves doctors from having to collect that information before seeing the patient.

Since joint rounds were re-introduced, compliance rates have jumped from barely 50% to the mid-70% range. The hospital has also seen between five and 12 percentile increases in HCAHPS domains for both nurse and physician communication and overall hospital rating.

And “anecdotally, there have been fewer afternoon pages, now that bedside nurses are more aware of the day’s care plan,” says Dr. Patel. Nurses can now answer many family questions that they’d have to page physicians about if they didn’t round together.

I am a hospitalist and was disappointed to read the June 2019 issue article “Making joint rounds work” and find a picture of what’s obviously a caucasian female nurse and a caucasian male doctor. Please stop reinforcing this tiring gender/racial stereotype and be more mindful of reflecting the diversity that actually exists in medicine.