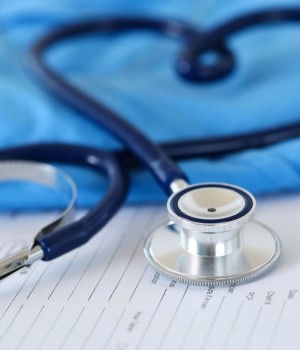 Published in the April 2007 issue of Today’s Hospitalist
This is the second in a continuing series on treating stroke for hospitalists.

Evidence now indicates that transient ischemic attacks (TIAs), which dramatically increase the chance that a patient will later suffer a stroke, should be taken very seriously. But how can you be sure that a patient whose episode is now over has had a TIA? And what exactly does “taking it seriously” entail?

To answer those questions, consider the following case, which was presented by stroke expert S. Andrew Josephson, MD, at the University of California, San Francisco’s annual meeting on managing hospitalized patients last fall: A 40-year old man presents in the emergency department after a 30-minute episode of aphasia and right arm weakness.

By the time he arrives, the weakness has completely resolved, his exam and labs are normal, and he wants to go home.

“One in 20 TIA patients will have a stroke within the next 48 hours.”

“The only history is that five days ago he was coughing and vomiting after getting food poisoning from a local restaurant, followed by five days of neck pain,” Dr. Josephson told the group of hospitalists.

While TIAs are transient neurologic deficits that can be attributed to a vascular cause, he explained, those deficits can also be caused by seizures, complicated migraines, or metabolic or infectious exacerbations of old strokes.

“TIA is really a diagnosis that must be considered carefully,” said Dr. Josephson, who is an assistant clinical professor of neurology at UCSF. “The biggest mimic at our institution is seizures.”

Weighing the risk of stroke
Once you’re able to discard TIAs’ differential diagnoses, Dr. Josephson said, you need to spring into action and not dismiss the patient’s experience as something benign. Patients should not be sent home from the emergency department without careful consideration and a possible workup.

Research now shows, he said, that “the risk of subsequent stroke after TIA is significant.” More than 10% of people who experience a TIA, for example, will have a subsequent stroke within three months, and half of those strokes will occur in the next two days. In fact, new guidelines released last year by the American Heart Association/American Stroke Association on preventing a second stroke treat stroke and TIA interchangeably.

“If one in 20 TIA patients will have a stroke within the next 48 hours,” Dr. Josephson said, “we need to be very aggressive with these patients.”

It can be difficult to tease out which TIA patient will go on to have a subsequent stroke, he added, but hospitalists should keep in mind a number of key risk factors for recurrence.

These include a history of diabetes or hypertension and age greater than 60. Patients who have had a TIA lasting more than 10 minutes or who have suffered neurologic impairment involving speech difficulties or weakness are likewise at high risk.

Once you determine that a patient’s transient neurologic deficit was caused by a TIA, consider whether acute stroke therapy is warranted. (For more information, see “Rethinking the timing of therapies for acute ischemic stroke” in the March Today’s Hospitalist.) If acute stroke therapy is not warranted because the patient is now normal, you need to decide whether the patient should receive anticoagulants.

The clearest indication is the patient experiencing a TIA or stroke who has atrial fibrillation. But anticoagulation is also indicated when a patient has a rare hypercoagulable state, such as antiphospholipid antibodies (APLA); when the patient has a vertebral and carotid artery dissection; or when a patient’s stroke has some very specific cardioembolic sources.

This last category can include patients whose echo shows a thrombus in the heart; patients with low ejection fractions of less than 25% to 35%; or patients with a large patent foramen ovale (PFO) associated with an atrial septal aneurysm.

“We don’t think PFO by itself is associated with any increased risk of stroke,” said Dr. Josephson. “But we know patients with PFOs with atrial septal aneurysms are at higher risk.”

He pointed out, however, that the preferred treatment for these patients “is still very murky. Whether you give patients anticoagulants or offer them devices to close the hole in their heart is unclear.” In his own practice, Dr. Josephson offers these patients entry into one of several large, randomized trials that are trying to resolve this question.

As for the 40-year old man in the ED, imaging of his neck revealed a carotid artery dissection, which Dr. Josephson treated with short-term anticoagulation.

Dissection is a common etiology of stroke in younger patients without vascular risk factors, Dr. Josephson explained, and was likely caused by the patient’s severe vomiting from food poisoning. The associated neck pain was a clinical clue, and the patient is now doing well without any further cerebrovascular events six months later.

Aggrenox or Plavix?
For TIA patients who should not get anticoagulation, however, Dr. Josephson said that “you’re in the world of antiplatelets.”

For patients not currently taking aspirin, he usually starts them on that therapy. But for those already taking aspirin, physicians have to choose to switch patients from aspirin to either a combination of aspirin and extended-release dipyridamole (Aggrenox) or to clopidogrel (Plavix).

“Either of those is the right choice,” said Dr. Josephson. “There are no direct data yet to suggest that one is better.”

One problem with Aggrenox, he said, is that some patients get such severe headaches for the first few weeks that many discontinue the drug. “It works really well, but if one-third of your patients can’t tolerate it, it’s not that good.”

Another problem: Aggrenox may not be compatible with cardiac antiplatelet goals due to its low dose of aspirin (50mgtotal per day). “Many people with a stroke or TIA may have some co-existent cardiac disease,” he pointed out, “so they may need appropriate cardiac protection.”

Plavix, which has less data in stroke trials, has more evidence for cardiac protection. Physicians need to be aware, however, of mounting concerns about bleeding risks of aspirin-Plavix combinations.

“We discourage that combination except for a short period of time after recent cardiac or cerebrovascular stenting,” said Dr. Josephson. Data expected to be published soon from the PRoFESS trial will compare Aggrenox and Plavix head to head.

“Everyone on statins”
Dr. Josephson also noted that results from the SPARCL trial published in the Aug. 10, 2006, New England Journal of Medicine found that patients with a recent stroke or TIA who were given 80 mg a day of atorvastatin and followed for five years had fewer strokes than those on placebo.

“Anybody at our institution who has an LDL greater than 100 is at high risk, and we consider starting them on this high-dose statin regimen,” said Dr. Josephson. While the SPARCL trial used a specific statin at a specific dose, he added, “nobody knows whether doses should be 80 mg, and whether patients should take atorvastatin or some other statin.”

Finally, Dr. Josephson mentioned that ongoing trials are now testing the effect of tight fever and glucose control in stroke patients. It’s likely that these strategies, he said, can help limit injury in acute infarction.

Deborah Gesensway is a freelance writer who reports on U.S. health care from Toronto, Canada.