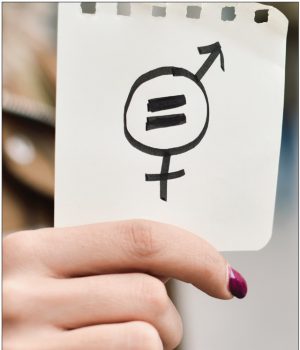 STILL MORE EVIDENCE that female doctors earn less than their male colleagues: New ACP survey data published in the Aug. 7 Annals of Internal Medicine show that female internists earn a median of $50,000 less a year than their male peers, regardless of whether they work as general internists, specialists or hospitalists.

That translates to women internists earning 80 cents for every dollar earned by men. The disparity persisted even when data were controlled for specialty, number of hours worked and practice characteristics, with female physicians earning less than men in every internal medicine specialty and subspecialty. Survey results were based on more than 370 responses.

According to an accompanying editorial, the gender gap in compensation “has long been an unfortunate, unconscionable norm.” The fix, the editorialists write, is to “make salary transparency the rule for the profession.” 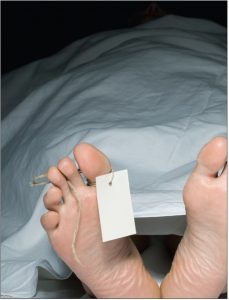 According to New York Times coverage, experts say that much of that rise is due to the use of fentanyl and other synthetic opioids, even as mortality rates from heroin and prescription opioids have either flattened out or dropped.

Data indicate that the number of overdoses has started to fall in Massachusetts, Rhode Island and Vermont, even though New England and Appalachia have the highest mortality rates, with West Virginia having the highest state rate. However, overdose rates in the Northeast and Midwest have climbed, with the rate of overdose deaths in New Jersey jumping 27%.

At the same time, the number of deaths appeared to level off at the end of the year—an indication that continued funding for public health programs may be helping.

Only 49% of hospitals comply with  the CMS sepsis bundle 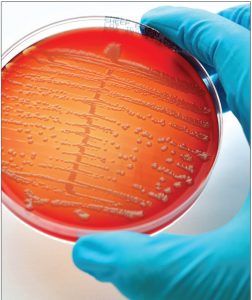 NEW DATA released in July by the Centers for Medicare and Medicaid Services (CMS) may come as no surprise to hospitalists: Only 49% of hospitals are complying with the CMS’ sepsis treatment protocol.

That bundled measure, which was adopted in 2015, is notoriously difficult to meet. That’s because it requires clinicians to achieve many treatment steps within either three or six hours of diagnosis. The data were released this week on the Hospital Compare Web site, and they include the performance of more than 3,000 hospitals during the first nine months of 2017.

While evidence backs the use of the sepsis bundle, low compliance doesn’t necessarily indicate low-quality sepsis care, according to news coverage. Because the protocol is a process measure, low compliance may indicate a problem with documentation and not reflect poor patient outcomes.

Want to improve your bedside rounds?  Park the COWS! 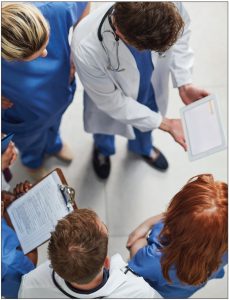 CLINICIANS who want to improve their ability to communicate and interact during bedside rounds may want to keep at least some COWs (computer on wheels) out in the hall.

A research letter published online in July by JAMA Surgery looked at communication barriers during multidisciplinary rounds in one surgical ICU during 2017. Researchers from Los Angeles’ Cedars-Sinai Medical Center gauged the quality of interactions during rounds both before and after the number of bedside COWS was reduced.

With fewer COWS at the bedside, they observed fewer simultaneous conversations, a more compact clinician arrangement and less difficulty hearing. Those changes, the authors wrote, weren’t associated with any change in clinical outcomes or efficiency. However, researchers think those changes may be the result of the increased engagement of the participants “as patient information is more likely derived from the presentation when the electronic medical record becomes less accessible.”