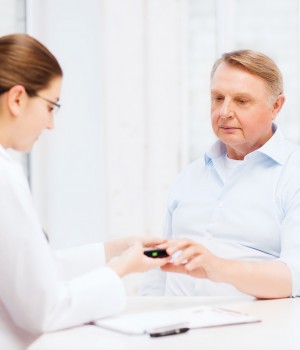 Published in the July 2013 issue of Today’s Hospitalist

DESPITE MOUNTING EVIDENCE against sliding scale regular insulin, the strategy continues to be widely used for patients with type 2 diabetes who are hospitalized and need to stop their oral diabetes medications. Many physicians seem to find the alternative “basal bolus “too complicated and too difficult.

As a result, experts have been trying to figure out a way to make the basal bolus regimen easier. Drawing on the fact that people tend to eat very little while they are hospitalized, researchers have hit on a relatively simple idea: Use only basal insulin and forget about fast-acting boluses unless needed by individual patients experiencing hyperglycemia in the hospital. This regimen is called basal plus correction, or “basal plus” for short.

“I believe this is the simpler way,” explains Guillermo Umpierrez, MD, a professor of medicine and director of endocrinology and diabetes at Grady Health System and Emory University in Atlanta. His research, which was published in the Feb. 22, 2013, issue of Diabetes Care, showed that basal plus “resulted in glycemic control similar to a standard basal bolus regimen.” The study also found that both methods produced better results than sliding scale regular insulin.

The multicenter trial randomized 375 patients with type 2 diabetes into three groups: One received sliding scale regular insulin. A second received a basal bolus regimen of glargine once daily and regular doses of rapid-acting glulisine before meals. And patients in the basal plus group received glargine once a day and supplemental doses of glulisine only when regular pre-meal blood sugar checks showed they were hyperglycemic.

Besides finding that the basal bolus and basal plus regimens controlled these patients’ diabetes similarly and better than sliding scale, researchers also found that basal strategies resulted in a “low rate of hypoglycemia,” which is considered an independent risk factor of poor hospital outcomes.

Dr. Umpierrez discussed the study and its findings with Today’s Hospitalist.

Why did you think this simpler method without boluses would work?
We have observed that the majority of patients, both medical and surgical, eat very little in the hospital. This is because of poor appetite, or patients can’t eat because of surgical or other procedures. We have data that show that medicine patients eat about half of what they normally eat as an outpatient, and surgical patients eat even less.

What’s so complicated about basal bolus that basal plus addresses?
The current standard of care recommends a dose of basal insulin, once daily, usually glargine or detemir, and a bolus of prandial insulin, which is a set dose of insulin given before meals. You calculate the total daily dose, and you give 50% of it as basal and 50% as the bolus. You also give correction doses if the blood sugar is high to bring it down. This is basal bolus.

It requires several insulin injections and blood-sugar checks. Nursing has to give a dose of basal, but then before each meal, nurses also have to give a set dose of insulin. They also have to measure the blood glucose and give supplements or additional doses, correction doses of insulin. I think the resistance to the basal bolus regimen relates to giving multiple injections per day.

Basal plus is a very simple protocol. You just give the basal once a day. There are fewer injections, and it’s easier to remember.

Sliding scale has been proposed since 1934. Everybody has been aware that it doesn’t work well, but it is a simple way of doing things.

What about surgical patients?
If you have a patient with type 2 diabetes who has been on oral agents at home admitted for surgery and is NPO, the night before surgery, you just give a low dose of basal: 0.2 or 0.25 units per kilo of glargine insulin. You can also give supplements or correction doses of rapid-acting insulin if needed. Most patients do very well and maintain a glucose level less than 150 mg/dL.

If patients are eating well or have persistent hyperglycemia, they should be started on a basal bolus regimen. Otherwise, basal plus correction doses are fine. Our group is working to implement this regimen for outpatient surgery.

Does this mean that hospitalists don’t need to worry about achieving very tight glycemic control? What should target blood sugar levels be?
The ideal may be less than 140 before meals, and the acceptable is less than 180 before meals. Unacceptable is greater than 180. We need to keep the blood glucose in the mid-100 range. We don’t have evidence that tightly controlled glucose improves outcomes in general medicine or surgery patients.

Also, we have shown in previous studies that maybe it’s not just the actual glucose value that matters most, but something called glycemic variability: the variation of blood glucose over the day. Going from low to high may have a greater impact on outcomes that just an absolute blood glucose value.

In this study, the glycemic variability was similar between basal plus and basal bolus.