EVERY JOB INTERVIEW IS A TWO-WAY STREET. Not only are groups eyeballing candidates, but candidates are taking programs out for a spin to see if they want to join. How can programs highlight their strengths?

For one, hospitalists say, candidates need to meet group members for a collective interview over lunch. (Spring for something better than the chef’s salad sealed in a plastic bowl from the cafeteria.) Such a gathering, says Julie Holmon, MD, medical director of the hospitalist program at Beebe Medical Center in Lewes, Del., allows candidates to gauge the group’s level of teamwork and camaraderie. “It also frees them to ask questions they may not feel comfortable asking me,” she says.

Viviane Alfandary, MD, a hospitalist with John Muir Medical Group in Walnut Creek, Calif., says that lunch interviews typically draw as many as 10 of her group’s 40plus hospitalists.

“At one interview, everyone in the group had been there five or six years, so the candidate saw longevity,” says Dr. Alfandary. In that same interview, “everybody in the room had had leadership positions at one time or another that we talked about. That shows that there are a lot of opportunities.”

At Wuesthoff Medical Center in Rockledge, Fla., Dean Dalili, MD, the medical director of the Hospital Physician Partners hospitalist group there, holds group luncheons with candidates in the doctors’ lounge, with plenty of subspecialists. “That way, the applicant can see how our team interacts not only together, but with other members of the medical community,” Dr. Dalili says.

And in his one-on-one with candidates, he always shares the outcomes data “on reduced length of stay and readmission rates, and core measure performance ” his group has achieved over the past year.

“Some people are very used to practicing medicine independently,” he says. “Not that we’re big brother, but I want candidates to know that we’re committed to measuring our work in aggregate and to quantifying our impact.”

Jasen W. Gundersen, MD, MBA, president and chief medical officer of TeamHealth Hospital Medicine, says his recruiters are sure to highlight the advantages of working for a national practice management company.

Professional coders code all the physician billing, for instance. And for many programs, recruiters have connections in the community to help identify employment opportunities for spouses or significant others.

Eric Rice, MD, MMM, assistant director of hospitalist services for the 11-hospital Alegent Creighton Health in Omaha, Neb., notes that groups can extend themselves too far in interviews in an effort to seal a deal.

“No matter how desperate you are for a hire, do not promise special signing deals or special work schedules that are not consistent with everyone else,” says Dr. Rice. “Those are always discovered and resented if others already at the site weren’t offered them.”

On the plus side, his group goes out of its way to tell interviewees on the day the interview process ends if it would like to offer them a contract.

“It takes some work, but we developed a real-time feedback process that allows us to get signoffs from all the major decision-makers,” Dr. Rice points out. “It makes you look like you know what you’re doing and have the ability to make important decisions affecting your practice.”

For more, read Job Interview Dos and Don’ts, published in the March 2013 issue of Today’s Hospitalist. 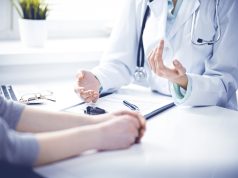