A NEW SERIES of five studies delves into inequities in U.S. health care, covering topics from the health consequences of mass incarceration to the impact of income inequality on health outcomes.

One study finds that black men in the U.S. receive better health care in prison than they do if they’re not incarcerated, with prison offering them decreased mortality and morbidity. Another study concluded that the wealthiest 1% in the U.S. can expect to live 15 years longer than the poorest 1%, due to “differential adoption of technological innovations in medicine as well as nonmedical health inputs (e.g., information about complex health risks and preventive behaviors).”

The series was published in the April 8 issue of The Lancet. Other findings include: More than one-third of low-income Americans avoid getting medical care because of costs, compared to only 7% in Canada and 1% in the U.K. In addition, the 20% of Americans with the lowest income pay twice as much for health care as a share of their income as those who are wealthy (6% vs. 3.2%). 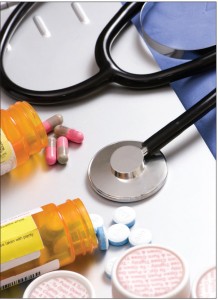 NEW RESEARCH sheds light on what study authors call a “previously underappreciated surgical complication”: the fact that a sizeable group of patients are still using opioids more than three months after their surgery.

Risk factors associated with new persistent use included smoking or other tobacco use, alcohol or other substance abuse, mood disorders or anxiety, and pain disorders. That association with pain and behavioral disorders, the authors conclude, “suggests [new persistent opioid] use is not due to surgical pain but addressable patient-level predictors.” The study was published online last month by JAMA Surgery. 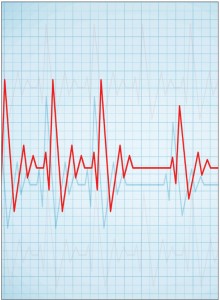 RESEARCHERS in a new randomized trial of A fib patients scheduled for catheter ablation tested uninterrupted dabigatran vs. uninterrupted warfarin. Their findings: Patients taking dabigatran suffered significantly fewer major bleeding events than those on warfarin (1.6% vs. 6.9%), while dabigatran was also associated with fewer periprocedural pericardial tamponades and groin hematomas.

The authors note that most electrophysiologists discontinue non–vitamin K antagonist oral anticoagulants before ablation, “out of concern that bleeding complications could lead to worse outcomes in the presence of an ‘irreversible’ anticoagulant.” The study was published in the March 19 issue of the New England Journal of Medicine. 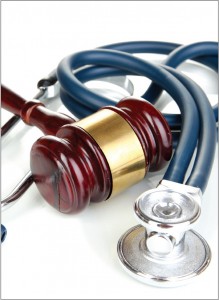 PHYSICIANS WHO DISREGARD or override advance directives and take aggressive, life-saving measures for hospitalized patients who don’t want them may end up hearing from that patient’s or family’s attorney.

According to New York Times coverage last month, several lawsuits being pursued around the country claim that doctors and hospital staff ignored advance directives and POLST (physician orders for life-sustaining treatment) forms and instead acted aggressively to save patients arresting in a hospital, even when patients had clear DNRs. While courts have so far seemed “unreceptive” to such suits, that may be changing.

Courts in the past have ruled “that being granted life is not an injury,” the New York Times writes. But the Supreme Court of Georgia last year denied a hospital’s immunity claims in such a case. That court also ruled that the decision over whether to take aggressive life-saving measures remains with the patient or designated agent, not with the provider.

Which pneumonia patients are likely to bounce back? 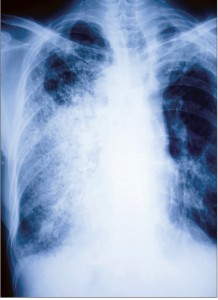 TO PREDICT WHICH hospitalized pneumonia patients run the greatest risk of being readmitted within 30 days, researchers tested two predictive models that both rely on EHR data: “first-day” data, which were present on admission, and “full-stay” data drawn from patients’ entire hospitalization.

Full-stay data were the winner, incorporating patients’ disposition status as well as vital-sign instabilities at discharge and an updated PSI score from the day of discharge. The authors conclude that a pneumonia-specific predictive model outperforms multi-condition models, and they recommend using both models to target high-risk patients. Their results were published in the April issue of the Journal of Hospital Medicine.

According to the study, patients identified through the use of first-day data as being at high readmission risk could receive additional education while in the hospital. Those identified through full-stay data, on the other hand, could also be targeted with outpatient interventions after discharge.