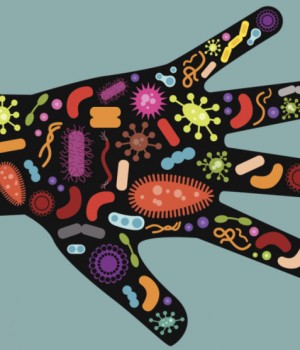 DURING THIS YEAR’S PRESENTATION on infectious disease pearls at the Society of Hospital Medicine’s annual meeting, an ID expert outlined some key “dos” for hospitalists “and a compelling list of “don’ts.”

When it comes to things to avoid, the list included well-known tests and procedures. For instance, don’t order tests for things that you shouldn’t be treating, such as asymptomatic bacteriuria, and don’t double-cover infections that can be treated effectively with one antibiotic.

On the list of things to do: Order HIV tests for patients you might not consider at risk, including the elderly, and definitely ask where patients have traveled recently. (See “Travel-related infections.“)

And perhaps the most important “do” of all was this: “Treat the patient, not the lab test,” said presenter Glenn Wortmann, MD, director of the infectious diseases section at MedStar Washington Hospital Center in Washington, D.C. Here’s a look at the common infectious disease dilemmas that hospitalists face.

Asymptomatic bacteriuria: just stop
Consider the case of the 80-year-old woman with known metastatic breast cancer who is admitted to the hospital from the long-term care facility where she lives. She has dyspnea and is afebrile and normotensive, but her urine culture shows an E. coli infection.

The recommendation for this patient “is to do nothing, which takes some guts,” explained Dr. Wortmann, who is former chief of infectious diseases at the Walter Reed National Military Medical Center. Besides, he added, “You shouldn’t have sent the urine out in the first place because she had no symptoms.”

This should come as no surprise, as experts have long argued that clinicians should stop treating asymptomatic bacteriuria, particularly in elderly patients. And as Dr. Wortmann pointed out, 50% of elderly women have bacteriuria. In addition, nearly one-third of elderly patients with no bacteriuria have pyuria, “and pyuria is not an indication for antibiotics either. Elderly patients tend to have white cells in their bladder.”

Treating such patients leads to only more resistance. “And when she does have an infection you need to treat,” Dr. Wortmann added, “you won’t have Cipro available to you.”

Details about one stewardship program designed to help clinicians sit on their hands in such cases were published in the March 13, 2014, issue of Clinical Infectious Diseases. Researchers at Sunnybrook Health Sciences Centre in Toronto were able to sharply reduce unnecessary antibiotic therapy for asymptomatic bacteriuria by making it harder for clinicians to automatically order treatment.

Under the intervention, the hospital’s lab stopped sending the results of urine tests ordered on non-catheterized specimens; instead, clinicians had to call for results. As Dr. Wortmann noted, when results were automatically placed in the computer, “48% of the non-catheterized patients were treated for asymptomatic bacteriuria. After the intervention, that number dropped to 12%.”

And if doing nothing makes you nervous, consider the results: “No patient had an untreated UTI,” he said, “and there were no cases of sepsis. It was doing the right thing.”

Nosocomial infective endocarditis
A 50-year-old man is treated in the hospital for an acute myocardial infarction (MI). He is doing fine and is discharged. But five days later, he is back with a fever, and two out of two blood cultures show methicillin-resistant Staphylococcus aureus (MRSA). On the third hospital day, his blood cultures are negative.

“The question always is, ‘What should I do next?’ ” Dr. Wortmann said. According to guidelines, the best course of action is to order echocardiography. If that is negative for endocarditis, send the patient home to complete 14 days of vancomycin.

“The problem is that Staph aureus tends to stick to things, and if you don’t treat these patients appropriately, they are going to come back in a month or two with endocarditis or something else serious,” said Dr. Wortmann. “So you have to treat Staph aureus bacteremia for a long time to make sure patients don’t come back.”

Complicating the decision is which echo to order. Because transthoracic echocardiograms (TTEs) are only 60% sensitive, a negative finding does not rule out endocarditis. However, he asked, do you really want to submit all your patients to the more sensitive but more invasive transesophageal echocardiogram (TEE)?

The guidelines recommend that TTE be done first; if it finds signs of endocarditis, then a TEE isn’t necessary. But what do you do if, like in the case presented, the cultures clear quickly and the TTE is negative?

To answer that question, Dr. Wortmann steered  hospitalists to a paper published in the July 1, 2011, issue  of Clinical Infectious Diseases. The authors laid out crite ria to help determine which patients have a “higher pre-test probability of having a deep-seated infection” and therefore should receive a TEE.

They found that patients with nosocomial S. aureus bacteremia were unlikely to develop infectious endocarditis if they did not have any of the following risk factors: prolonged bacteremia, meaning more than four days; the presence of a permanent intracardiac device, such as a prosthetic heart valve or pacemaker; hemodialysis dependency; and spinal infection or nonvertebral osteomyelitis.

As Dr. Wortmann explained, those data show that particularly for patients without any of these risk factors, clinicians don’t have to always order “a TEE to exclude infective endocarditis for people with nosocomial S. aureus bacteremia.”

C. diff infection
An 80-year-old pneumonia patient who had been treated with ceftriaxone and azithromycin develops a fever and new diarrhea on day 6 of her hospitalization. Her C. diff test comes back positive.

For patients with mild to moderate disease, Dr. Wortmann said, “I see people prescribing all kinds of different things, but I want to steer you to oral metronidazole” (Flagyl). Although he tends to give metronidazole in 500 mg doses every eight hours (or 250 mg every six hours), he said that oral vancomycin “125 mg every six hours “is also recommended.

Fidaxomicin (Dificid) is also an option, although much more expensive. In his hospital, Dr. Wortmann said, a 10day course of fidaxomicin costs around $2,000, compared to $400 for vancomycin and $1.50 for metronidazole. “It’s pretty tough to beat that,” he pointed out, “although you can argue that if fidaxomicin stops people from being readmitted to the hospital, then it is cost-effective.”

About 25% of C. diff patients will relapse, he added. “You have to buy that going in. There is a spore state, and the spores stick around for a while. When you stop the antibiotics, the spores germinate, and you have C. diff again.” Fewer patients relapse when treated with fidaxomicin, he said.

Likewise, physicians have no test or standardized definition for severe disease. “You know it when you see it,” he said. These patients, who tend to be older, will have a high white count and can have acute kidney injury.

For such patients, it’s better to order oral vancomycin, which has a higher cure rate than metronidazole. And if patients can’t move oral medications through their gut, Dr. Wortmann recommended intravenous metronidazole along with vancomycin enemas or asking a gastroenterologist to do a colonoscopy and squirt vancomycin into the colon. “And get your surgeon involved early because some of these patients will get a toxic megacolon,” he cautioned.

To reduce C. difficile risks, he added, one of the easiest things hospitalists can do is stop prescribing unnecessary proton pump inhibitors.

HIV/AIDS
A 70-year-old woman has recently been discharged from another hospital after being treated with antibiotics and prednisone for a COPD exacerbation and pneumonia. She comes into your hospital with shortness of breath and a cough. What is the first test you should order?

“I saw this woman back in the fall, and no one had thought about HIV,” Dr. Wortmann said. But it turns out that she had Pneumocystis jiroveci pneumonia due to underlying HIV. “In the U.S., the HIV epidemic is aging. We are seeing more and more elderly patients.” Current estimates hold that more than 50% of all HIV infections in the U.S. will be in people older than 50 by this year.

Moreover, Dr. Wortmann reminded hospitalists, it takes 10 years for untreated HIV to develop into AIDS. “You can be infected in your 50s and you won’t have manifestation of disease until your60s,” he said.

Both clinicians and patients underestimate HIV risk among older adults. Not only do physicians often forgo getting a sexual history from older adults and miss initial symptoms, but they fail to order HIV tests.

Redundant antimicrobial coverage
A 50-year-old patient develops an infection one week after a cholecystectomy. Should you prescribe piperacillin-tazobactam (Zosyn) or Zosyn plus metronidazole (Flagyl)?

“I see this consult a lot,” Dr. Wortmann said. Adding metronidazole to piperacillin-tazobactam is an unnecessary duplication, increasing costs and contributing to antimicrobial resistance without improving care. The beta-lactam/beta-lactamase combination of Zosyn has “great anaerobic coverage,” he explained. “You don’t get anything extra by adding Flagyl to that.”

A study published in the October 2014 issue of Infection Control and Hospital Epidemiology found that the most common type of redundant antimicrobial therapy in U.S. hospitals between 2008 and 2011 was antianaerobic regimens like this one. In fact, the combination of metronidazole and piperacillin-tazobactam accounted for 53% of all potentially redundant regimens.

The authors of that study also found redundant antimicrobial coverage in 78% of the hospitals they studied. That practice, they concluded, added more than “$12 million in potentially avoidable healthcare costs.”

THE PATIENT HAS A FEVER, myalgias and a dry cough. He just returned from a trip to Saudi Arabia, Liberia and several islands in the Caribbean. His case illustrates a “new paradigm” that should guide hospitalists who encounter travelers with fever, said Glenn Wortmann, MD, director of the infectious diseases section at MedStar Washington Hospital Center in Washington, D.C.

Speaking at this spring’s Society of Hospital Medicine meeting, Dr. Wortmann said that hospitalists should first remember to protect themselves from what may turn out to be a highly infectious occupational hazard for health care workers: potential diagnoses that include MERS and Ebola, which pose a threat to caregivers. Always think about “standard contact and airborne precautions,” including isolation.

The second part of the new paradigm, he said, is  to “rule out malaria,” which is treatable and is still the most common disease travelers encounter. Otherwise, Dr. Wortmann added, hospitalists should be aware of other infectious diseases that are starting to show up in hospitals throughout North America: