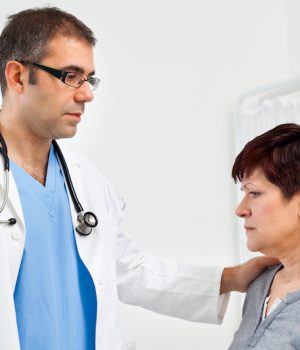 In the past, we’ve heard hospital medicine experts identify two key sources of ongoing stress for hospitalists: struggling with their EHR, and having to contend with angry patients who are frustrated by being placed in observation instead of being admitted.

We realized that we hadn’t heard much about observation care lately, so we decided to check in and ask hospitalists if observation care in their facilities was running more smoothly in the three-plus years since the two-midnight rule took effect. As our cover story reports, some hospitalists say they’re experiencing much less conflict now with observation patients—but that assessment is far from universal.

Doctors do say that hospitals are doing a better job of notifying patients when they are placed in observation, in large part because of the NOTICE Act and the Medicare Outpatient Observation Notice (MOON). That has reduced the number of uncomfortable conversations that doctors have to have with patients about billing and coverage.

But some hospitalists report that patients are still confused about (and frustrated with) observation rules. And programs grapple with how to best provide observation care. Should they, for instance, have dedicated units with only dedicated staff? Should they dedicate doctors to the task of trying to overturn admission denials from insurers?

One thing is clear: When it comes to observation, many hospitals continue to marshal staff and resources not necessarily to improve patient care, but to make sure they choose the right billing option. In an era of tight resources, that rubs many people the wrong way.

Maybe the Centers for Medicare and Medicaid Services this year will revisit observation regulations. On that note, we wish you all a Happy New Year.

Onboarding for the long term

A leader, or a follower? Both work