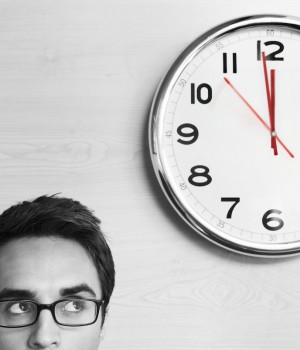 FOR SURGEONS, primary care physicians and perhaps a dwindling number of hospitalists, being on call at night is a dreaded fact of life. But for Hospitalists of Northern Michigan, it’s not the doctors who keep an ear out for a beeping pager after hours. Instead, it’s the group’s scheduling coordinator, Su Womack, who steps in if a hospitalist at the last minute can’t work an assigned shift.

Ms. Womack works full time as the master scheduler for the Traverse City-based group of 60 hospitalists and midlevels. Why invest in a full-time position? Because the local private group maintains a very complex schedule, with a host of variables.

The group, for instance, has five hospitalist programs at four different hospitals. But the schedule also has to differentiate ICU-capable providers from non-ICU ones, staff the group’s pediatric hospitalist service, coordinate physician assistant and nurse practitioner coverage in three programs, set shifts for hospitalists who have teaching services, and allocate help from local physicians at several sites. That last variable can bring the total number of clinicians being scheduled in some months to 85.

And if that’s not complicated enough, the schedule also accommodates 40 different types of shifts, from day or afternoon hospitalist to nocturnist, day ICU doctor or afternoon PA “just to name a few.

“The schedule is a large, multidimensional puzzle that can take several days to complete,” says Ms. Womack, a mathematician by education who taps into those skills on a daily basis in her work. And if a scheduling emergency crops up, it “can take three or more days to sort it out.”

Keeping the peace
Ms. Womack uses a computerized scheduling system called Lightning Bolt, which takes some of the headache out of both creating and adjusting the schedule. She typically sets up the schedule for three months, although the system allows her to flag requests as much as 15 months out.

While she worked for the group for several years as a part-time scheduler, the physicians decided to opt for a full-time scheduler two years ago. Their primary reason was more political than practical: Physicians wanted to take the squabbling out of scheduling.

“Having a master scheduler means that things are ‘fair’ because Su’s only job is to make the schedule work,” says Troy Ahlstrom, MD, the group’s chief financial officer and program director at Alpena Regional Medical Center.

“The hospitalists are less likely to feel they’ve been given an unfair schedule by a colleague stuck with this difficult task.”

Having a dedicated master scheduler means the schedule is not put off until the last minute and then thrown together, Dr. Ahlstrom adds. Plus, group members always know who to call with any scheduling issue. “Most hospitalist groups just delegate or rotate the scheduling duty to one of the physicians,” he says. “But we found that the task consumed a huge amount of time, which is a very expensive use of a physician’s time.”

At what point should a group consider investing in a full-time position? According to Dr. Ahlstrom, when a group becomes larger than six to 10 people, “it’s impossible to run the schedule by consensus.” And once you add multiple schedules and responsibilities and incorporate periodic workers with limited availability, “it becomes a fine art requiring prolonged attention and experience.” A master scheduler needs to know, for instance, “the nuances of each system’s needs to make the schedule work for hospitalist and hospital alike.”

Flexibility
Charging hospitalists with managing a monster of a schedule also made it virtually impossible to move providers among the various sites. The combination of a dedicated scheduler and the computerized system “allows for much more flexibility overall,” Dr. Ahlstrom says.

That’s key, because flexible, tailored scheduling is part of the group’s philosophy. That can be perplexing to both candidates and newcomers, many of whom expect seven-on/seven-off blocks.

“When the hospitalists are newbies, they might think that seven-on/seven-off is better, but that’s often because they don’t have kids or family duties,” says Dr. Ahlstrom. His own belief is that seven-on/seven-off doesn’t work, “especially not for the long term. People’s needs in life change over time, and our scheduling system gives us a way to accommodate that.”

Some group members want to work only 12 shifts a month, while others, typically those just out of training with a mountain of educational debt, will happily take 20 shifts. The number of annual shifts per hospitalist within the group ranges from 120 to 270.

Providers can also specify, within reason, how many shifts in a row they want to work. Some want only five, while others like a nine-shift stretch. For the most part, Ms. Womack can accommodate such requests.

Hospitalists can also access their schedule (and Ms. Womack) online from anywhere, Dr. Ahlstrom notes. The schedule is automatically downloaded to the device of the hospitalist’s choosing and can easily be plugged into individual computerized calendars. That reduces phone calls and phone tag, with any scheduling change showing up immediately on any device where it’s previously been downloaded.

No more “swapping”
The arrangement really pays off when either a future need or a scheduling crisis comes up. Hospitalists don’t have to start calling colleagues to swap a shift or ask them to take on extra ones. Ms. Womack handles all schedule modifications, regardless of the reason.

Whether a physician needs to leave town in a hurry or travel abroad for two weeks, it can usually be worked out. That’s because Ms. Womack can draw from a large pool of providers “many of whom, she reports, are happy to step in because they’ve gotten time off for their own special requests in the past.

“If I get that call in the middle of the night, the doctor knows it’s a one-stop shop,” she says. “They appreciate the fact that the situation will be handled.”

While true scheduling emergencies crop up only once or twice a month, managing less urgent changes is an ongoing job, Ms. Womack notes, that takes up a good portion of the day.

While the group touts scheduling flexibility to prospective candidates, it also works in Ms. Womack’s favor. Even though she is often officially “on call,” she is able to work from home ” and can handle any urgent situation if she is away via laptop and cellphone. Last year, for instance, she used her cellphone to modify the schedule while in Jordan riding a camel.

In terms of schedule-change requests beyond emergencies, CME trumps vacation, says Dr. Ahlstrom. And while the physicians haven’t tried to quantify the benefits “financial or otherwise “of having a dedicated scheduler, he suspects the gains are substantial.

For one, understaffed shifts are now rare. In addition, group turnover remains very low: less than 5% annually. That compares favorably with industry findings, Dr. Ahlstrom says, of an average between 10% and 20%.

“When our hospitalists leave,” he points out, “it’s for reasons other than the schedule.”