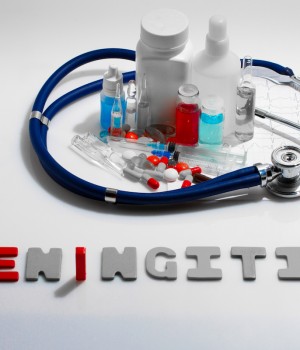 CONSIDER THIS SCENARIO: A 50-year-old is brought to the emergency department by his girlfriend, who says that he’s been experiencing paranoia and unusually aggressive behavior.

His general physical exam is normal. His neurologic exam, on the other hand, shows a “disoriented, combative man,” according to S. Andrew Josephson, MD, an assistant professor of neurology at University of California, San Francisco (UCSF).

The standard delirium work-up including electrolytes is normal, as is his head CT, chest X-ray and urine culture. So which test should you order?

“If you’re thinking about an LP, start the antibiotics and possibly corticosteroids.”

At a presentation on neurological emergencies given during last fall’s UCSF meeting on managing hospitalized patients, Dr. Josephson presented a menu of test options to the audience: a brain MRI; a lumbar puncture (LP); blood cultures; urinary porphyrins; or an EEG.

More than one-third of the audience chose MRI, which Dr. Josephson said was fine “as long as you can get one done quickly. “In our place, we can’t get an MRI quickly, so he gets a lumbar puncture first after the CT.”

The patient’s opening pressure of 19 cm is perhaps a little elevated, he explained, but not that impressive. But the white blood cell count in the cerebrospinal fluid (CSF) is 18, with 94% lymphocytes.

With a diagnosis of meningitis and lymphocytic pleocytosis, empiric treatment is started. Other values from the patient’s CSF included a protein count of 58, which Dr. Josephson said is “slightly elevated above normal. Think of the protein, until you hit about 60 years old, as being roughly equivalent to someone’s age.” The patient’s glucose is 70 and the gram stain was negative.

The patient’s FLAIR MRI sequence, he added, shows a “tremendous amount of bilateral FLAIR abnormality, mainly in the temporal lobes.” And within a few days, his herpes simplex virus (HSV)-1 PCR test comes back positive.

“Thankfully, the empiric treatment that was begun was acyclovir,” Dr. Josephson said. “The patient was treated successfully for HSV-1 meningoencephalitis and made a full recovery.”

A low puncture threshold
According to Dr. Josephson, hospitalists need to remember that “there is a lot of unrecognized herpes infection out there.”

The HSV PCR is the gold standard to make that diagnosis because some patients have normal cerebrospinal fluid, EEG and/or MRI. “I have never seen a patient where all three were normal,” he said, “but certainly one, if not two, of these classic tests may be.”

And while meningitis in this country is mainly managed by non-neurologists, he shared approaches that neurologists take to managing meningitis.

For one, he said, “we have a much lower threshold for performing a lumbar puncture” when patients are confused and have a negative delirium work-up and head CT.

That procedure has few risks in patients who have a normal head CT, he said, except for those 10% who get a post-LP headache. Those can be treated with hydration or a blood patch.

Start antibiotics
One point that bears repeating, Dr. Josephson explained, is to always start empiric therapy early for possible bacterial meningitis. “If you’re thinking about an LP,” he said, “start the antibiotics and possibly corticosteroids.”

Antibiotic therapy now consists of IV vancomycin at one gram every six to eight hours, as well as a third-generation cephalosporin.

“In our institution, we use ceftriaxone,” he pointed out. “Remember that the meningeal dose is two grams IV every 12 hours, which is very different than the dose used for community-acquired pneumonia.”

While physicians often fail to add on ampicillin, Dr. Josephson suggested considering the drug. That’s because vancomycin and ceftriaxone are ineffective against Listeria, a cause of meningitis in individuals who are immunosuppressed or over age 60. (Dosage is two grams IV every four hours.)

And since 2002, he said, researchers have firmly established the utility of dexamethasone to treat bacterial meningitis, especially pneumococcus. “This usually needs to be administered in a 10 mg slug along with antibiotics prior to the LP,” he noted.

Keep in mind, however, that dexamethasone impairs the ability of vancomycin to penetrate the CSF. “Dexamethasone probably means that you dose your vanco a little bit more frequently,” he said. “Sometimes people move to every six or eight hours in patients with normal renal function.”

Topping that list are treatable viruses, including HSV “as was the case with this patient “and varicella-zoster virus. Cytomegalovirus, he said, also falls into that category and is treatable with gancyclovir, mainly in patients who are renal compromised.

Dr. Josephson also urged the audience to keep acute HIV in mind. It’s not unusual, he said, to find lymphocytic pleocytosis as an acute-HIV seroconversion reaction.

“If someone has HIV risk factors, then send the HIV PCR,” he said. By treating these patients with aggressive antiretrovirals, “you could perhaps prevent a few of them from ever seroconverting.”

“Syphilis is the big one,” Dr. Josephson said, adding that physicians in San Francisco have seen an increase in tertiary syphilis there over the past 10 years.

Lyme disease and leptospirosis are other possible bacterial culprits, or there can be a fungal source. Dr. Josephson said he sees coccidiomycosis meningitis in patients from California’s Central Valley.

“Sometimes the glucose is low, but sometimes not,” he said. That scenario also holds true when lymphocytic pleocytosis is caused by tuberculosis.

Suspect incomplete treatment
Another possible cause of a lymphocytic pleocytosis: bacterial meningitis that has been incompletely treated. Often, patients go to an outpatient physician complaining of non-specific symptoms early in bacterial meningitis. They are given oral antibiotics such as azithromycin that have poor CSF penetration. But after they finish that course, they present in the ED with a stiff neck.

“They get tapped and have lymphocytic pleocytosis,” Dr. Josephson said. “I always pin them down and say, ‘In the last two weeks, have you had any antibiotics?’ ”

Oral antibiotics with poor CSF penetration can change a neurophilic predominance to a lymphocytic pleocytosis by partially treating the bacterial process. In patients who have taken antibiotics recently, he treats them as if they have bacterial meningitis until the cultures come back.