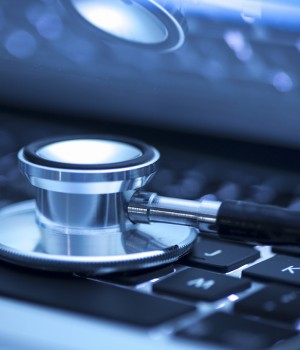 Published in the May 2004 issue of Today’s Hospitalist

Services:
Provide inpatient services to most primary care physicians in Phoenix and many health plans.

When he began to look for a better way to keep track of his patients, Rakesh Malhotra, MD, knew that technology could help. He also knew, however, that he didn’t want to spend hours every day typing patient data into a handheld device and syncing at the end of each day. That solution, he thought, would be as bad as the problem.

So over a period of several years, he worked with a team of software developers to build a system that would allow hospitalists to easily enter “and retrieve “the information they need to care for their patients.

Dr. Malhotra, who is the founder of Saguaro Medical Associates in Phoenix, acknowledges that the system’s basic design is not particularly unusual. It uses a series of pulldown menus to let physicians select, not type, much of the information they need.

What makes the system unusual, however, is its wide range of functions. From automatically notifying referring physicians about admissions and discharges to administering physician and patient satisfaction surveys, the software saves time for both the group’s physicians and clerical staff.

The software, which the 20-physician group started using about a year ago, is designed to be user-friendly for both the physicians and clerical staff. When hospitalists start their day, they go to the practice’s Web site and enter their user ID and password to log in.

If hospitalists are seeing a new patient, they need to type four pieces of information: the patient’s name, date of birth, room number and medical record number. Physicians can choose most other information “the name of the patient’s primary care physician, health insurer, ICD and CPT codes “from a series of dropdown menus.

The software also saves physicians and clerical staff a significant amount of time and effort when it comes to communicating with primary care physicians.

The software lists the names of about 2,500 primary care physicians in the Phoenix area. If the fax or e-mail transmission fails for any reason, the group’s administrative staff receive an e-mail notification telling them that the transmission failed and why. It also gives staff an identification number that helps them rectify the problem and resend the information with the click of a keystroke. Dr. Malhotra says the goal is to employ technology to its fullest and to minimize manual labor.

At midnight every day, the system automatically updates all patient records, and a new patient census is created for the hospitalists for the next working day. The software also automatically sends a satisfaction survey to referring physicians with each transmission.

By making all patient information available on the Web, the system addresses a number of other problems faced by hospitalists everywhere. Even if you do a great job of tracking your own patients, it’s difficult to share that information with colleagues covering the patients during another shift.

Dr. Malhotra says his software allows physicians or administrative staff to assign patients of one physician to another without having to re-enter any patient data. With just a few keystrokes, physicians can transfer their entire patient census to a colleague.

The software also helps physicians with handing out printed discharge instructions and printed prescriptions to patients. This not only saves time, but also significantly reduces errors.

Dr. Malhotra says the system, which the group has been using for nearly a year, has proven to be a big time-saver.

Dr. Malhotra acknowledges that physicians won’t find every piece of information they need in the system. He says it’s not uncommon, for example, to find that the name of a new physician in town hasn’t yet been entered into the system. “It’s a moving target,” he explains. “People come and go.”

When hospitalists encounter a new community physician who isn’t yet listed in the software, they send names of those primary care physicians to the administrative staff. Those staff members can then get the information from a variety of sources, including the patient, health plans, pharmacies, other hospitals or the board of medical examiners to update the system.

And while the software contains more than 10,000 ICD-9 codes, it’s not always enough. In building the system, Dr. Malhotra tracked the codes his program’s hospitalists had used regularly for three or four years before. The goal was to include the most commonly used diagnoses.

Even so, physicians can become frustrated when every ICD-9 they want isn’t in the database. “We developed the system for the hospitalists,” he says. “If someone wants to list a rare diagnosis like retroperitoneal staph abscess, that code may not appear in the dropdown menu.”

Dr. Malhotra says the system has not yet reached its full potential. He intends to develop an interface to integrate the system with available billing software and the program used by the group’s administrative staff. The goal is to minimize clerical data entirely.

If the system could take the ICD 9 and CPT codes entered by physicians and upload that information into the billing system, he says, the clerical staff would have to only enter a few lines of information like address, telephone number and identification numbers. “Clerical data entry would be reduced by 50 percent to 70 percent,” he says.