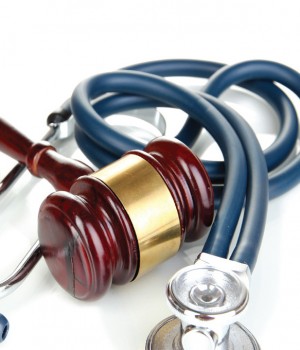 ONE ADVANTAGE of being part of a new specialty is that plaintiff attorneys don’t immediately recognize opportunities for lawsuits, giving physicians a reprieve of sorts. But until the malpractice community locks onto a new specialty, as it has with hospital medicine, that lack of collective experience in court can make it hard for physicians to know where they’re vulnerable “and what they need to do to avoid a lawsuit.

Until now, hospitalists have had very few data on how many claims were being filed against them. Robin Diamond, JD, RN, senior vice president at The Doctors Company, the nation’s largest medical malpractice insurer, chalks that up to two factors.

One, claims have historically been tracked by medical specialty, not care setting, so hospitalist claims have for the most part been assigned to either internal medicine or family practice. And because so many hospitalists are employed by hospitals, a number of claims targeting hospitalists have been lumped into suits against hospitals.

But all of that is beginning to change. “Some of us have been surprised in the last few years that hospitalist claims weren’t popping up as quickly as we thought they might,” Ms. Diamond explains. “Now they are.”

Last year, The Doctors Company “which counts 3,000 hospitalists among the 46,000 physicians it covers “began underwriting, rating and tracking hospitalists as a specific group. While the frequency of claims overall is going down, Ms. Diamond confirms that a growing number of hospitalists are being named in claims. That’s not surprising, she adds, given that a key factor in a claim or lawsuit is the patient’s or family’s perception of poor communication with their physician “and hospitalists don’t have an established relationship with their patients.

Ms. Diamond talked to Today’s Hospitalist about ways in which hospitalists get in trouble.

What areas are showing up in claims against hospitalists?
A big problem is medication management, including failure to order the right dose and lack of medication monitoring. Missed and delayed diagnoses are also a problem, often because of either ineffective history-taking or confusion about who is managing the patient. We see those frequently across specialties, but absolutely among hospitalists now.

In medication management, opiate poisoning continues to be a problem, particularly with dilaudid. Hospitalists and other physicians are confused, for example, about the safe dosage of dilaudid compared to morphine.

Another problem with narcotics crops up when a patient is admitted from the ED to the floor. The ED physician may fail to hand off or give a verbal report to the hospitalist, or the ED record doesn’t arrive before the patient. The patient may have received pain medications in the ED, but all the floor knows is that he has an order for a narcotic ” so he gets a duplicate dose.

We also suspect that we will start to see claims involving hospitalists working jointly with allied professionals. As with every other provider group, supervision issues commonly become an area of potential liability.

What diagnoses are hospitalists missing?
The top ones we see are acute MI and cerebrovascular accidents. With strokes, we’re generally seeing a missed diagnosis or a patient deteriorating because the stroke is either unrecognized or not treated in time.

And the more hospitalists treat not just run-of-the-mill medical floor patients, but ICU patients alongside neurosurgeons, we will see “and already are starting to see “more and different diagnoses in suits involving hospitalists.

But looking at diagnoses in claims is sometimes misleading, because the actual diagnosis encompasses so many activities. It’s more helpful to talk about communication and handoff problems that end up leading to missed diagnoses.

What do you see in terms of lawsuits associated with handoffs?
Claims frequently arise when hospitalists are involved in the care of a patient in concert with a specialist or respiratory therapist. Many times we see a breakdown in that transition of care between doctors, or even from department to department.

The hospitalist may be new to a hospital and not know what handoff policies are, or the policies themselves haven’t been well-designed. We’ve seen cases with multiple or duplicate orders written by different physicians, especially in pain management. The hospitalist orders demerol before surgery, which isn’t discontinued even though the surgeon orders fentanyl after surgery, so the patient receives both.

Or there’s a failure in the verbal handoff between hospitalists at the end of a shift. Frequently, it’s lack of good communication about the patient’s condition “what’s gone on in the previous hour, or which nurse knows more about that particular patient.

We also see claims involving pending tests that weren’t followed up on, or results that weren’t communicated. To avoid those problems, hospitalists should use a list that either you or a nurse can check off to identify what’s pending. Then tell the patient or family that you’ll call within 48 hours, give them your number and instruct them to call you if they haven’t heard back.

Finally, if you are the last physician to see that patient when she leaves, you need to be clear about who’s in charge of follow up. If you’re not sure, take the responsibility to find out.

We’re not seeing any differentiation in claims between types of comanagement. But the key, whether it’s neurosurgery or general orthopedics, is whether there is truly comanagement. Have the specialists and hospitalists defined their responsibilities so nurses and supporting staff know exactly whose responsibility is whose? If so, then the liability is going to decrease.

What we’ve seen is that people frequently say they have comanagement, but that’s not the case. It’s a hospitalist involved in the care of a neurosurgery patient, but that care is fragmented, with no processes to make sure everything is working properly.

Another issue we’ve seen is patients receiving two differing sets of discharge instructions, one from the surgeon and one from the hospitalist. Those should be coordinated.

Do lawsuits follow any regional patterns?
Not really, although lawsuits in tort-reform states are less severe, and there tend to be fewer of them.

Cultural issues do crop up, however, especially in states like California and Texas where the language barrier or literacy issues are very real.

The hospitalist comes in and the patient and family don’t know who he is or understand what’s going on, and the doctor speaks no Spanish. There can be anger “the patient’s or the family’s “and that’s when they file lawsuits if something goes wrong.

We advise hospitalists who encounter a language barrier or some communication problem to go to the hospital administration and say, “Look, this patient has needs I can’t meet right now. I need help with translation services, or we need to get another physician in here.”

Hospitalists worry that attorneys will take a “scattershot” approach and name everyone on the chart. Is that what you’re seeing?
That does happen, at least initially, and there’s not much we can do about it. Plaintiff attorneys are going to name everyone they see in the record.