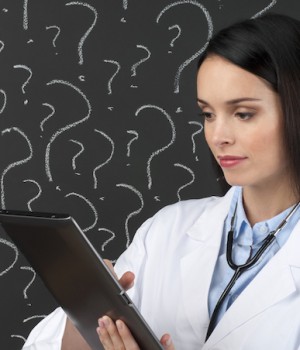 WHILE HOSPITALISTS HAVEN’T YET MOVED EN MASSE into hospital CFO suites, they are taking charge of a growing number of inpatients. It stands to reason, then, that hospitalists would have at least some ballpark sense of how much patients are being charged for common services that physicians order every day, such as urine cultures, X-rays and a bed on the ward.

Except hospitalists have no idea. A study published in the May/June issue of the Journal of Hospital Medicine conducted by researchers with the Internal Medicine Residency Spokane Faculty, an affiliate of the University of Washington, found that when hospitalists were asked to estimate charges for roughly a dozen services and tests, only 10.8% were within a 10% margin of the actual unadjusted charges “and only 24.8% were within 30% of those actual charges. The items ranged from CBCs and abdominal CT scans to IV doses of levofloxacin and central venous catheter placement.

Not only were most of the hospitalists way off the mark, but their estimates weren’t in sync with each other’s. According to study co-author and hospitalist Jeremy Graham, DO, clinical assistant professor of medicine, hospitalists both wildly over- and underestimated charges by multiples of 10 and more. “The hospitalists didn’t even share a common sense of charges,” he says.

Hospitalists’ estimates for an abdominal CT, for instance, ranged from $150 to $1,800 and from $750 to $6,000 for one night in the ICU. (The actual unadjusted charges for those items were $2,204 and $1,107, respectively.) Hospitalists participating in the study practice in two Spokane hospitals, one a large teaching facility and the other a midsized non-teaching hospital.

Dr. Graham spoke to Today’s Hospitalist about why physicians are clueless about charges and what the implications may be of their not tuning into patient costs.

Why did you decide to do this study?
We repeatedly hear the mantra that hospitalists provide “efficient care.” The assumption is that we know the costs and values associated with that care, but that’s not my experience as a hospitalist.

We’re being promoted as the experts in inpatient services. But what we found was that physicians are as much in the dark as patients when it comes to charges.

Of course, the real benefit of hospitalists has been systems improvements: better safety and care coordination, and shorter lengths of stay. Ostensibly, that should extend to using resources appropriately and making the “leanest” evidence-based decisions possible. I don’t think that hospitalists have to be business-savvy professionals, but we should have a fundamental grasp of how finance flows in the systems we work in.

But don’t many doctors choose hospital medicine in part because they don’t have to pay attention to the financials?
I don’t want to be a businessman either, and that’s one reason I’m a hospitalist. But our responsibility is to work for patients’ best interests, and that includes the charges they’re exposed to.

We’ve known for years that patients really aren’t well positioned to be rational health care consumers “in the way that it’s often proposed that they should be ” because they don’t have the cost information they need. Patients see physicians as their agent or representative, but we can’t do that job without at least some semblance of information about the costs and value of our services. It’s incumbent on us to actually provide that stewardship.

Isn’t charge information proprietary, based on a patient’s insurance plan or lack of insurance?
Yes, it’s often hard for hospitalists to know these charges, which are so opaque, distortional and sometimes secret. And we haven’t been trained to think in terms of costs and charges. I know I wasn’t.

I’m not expecting doctors to memorize their hospital’s charge master, which is a list of what’s billed for all services and procedures. But I think it’s possible to have a relative sense of charges so we can at least compare the dollars involved in ordering one type of image vs. another.

Have you been able to get that information at your hospital?
I spend a fair amount of time in medical education, and I’ve managed to accumulate a pretty up-to-date list of a few of the treatment choices we make every day through the finance department. I think any responsible institution should share data that are meaningful to physicians to help them do the best job.

What’s the best way for doctors to educate themselves about charges?
We actually don’t know, and that’s the subject of a study we’re designing. It could be pop-up reminders at the point of care, particularly in CPOE systems; it could be a one-time educational process, but we don’t know how long that information would “stay”; or it could be posters in the call room. We hope that this will eventually become a robust part of training, but we’re in the infancy of trying to understand what to teach and how to teach it.

Then there’s this key question: Would knowing about charges affect hospitalists’ clinical decision-making?
Again, we don’t know if it would influence hospitalists positively or negatively, and that’s another study we’re designing. We plan to advise one set of hospitalists about charges to see how that affects their utilization of services over time.

We don’t know if understanding charge information will be sufficient in the face of medicolegal pressures to over-order testing, or to overcome learned habits about what to order. But my conjecture is that knowing charges could help us make rational decisions in certain cases.

I’m certainly seeing more self-pay patients, and their direct burden is getting nothing but bigger. Hospitalists, once they’re aware of the charges a patient would incur, might decide to do a cell count every other day instead of every day.