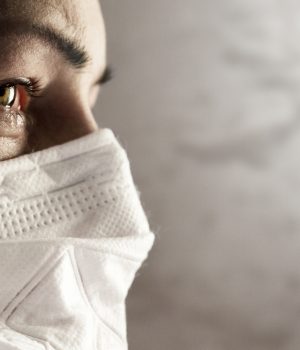 EVEN BEFORE the pandemic, American medicine suffered a grief gap, with few grieving families receiving the bereavement resources they needed. “We don’t have a lot of people or organizations that provide bereavement services,” says Sue E. Morris, PsyD. “It’s definitely an unmet public health need.”

Typically, Dr. Morris explains, “about 10% of people require some kind of professional intervention from mental health providers after a loved one dies, while the majority of people will do OK.” In what she calls “normal bereavement,” most people draw the support they need from their family, friends and community.

“We see bereavement follow-up as an extension of the care of the patient.”

But even as the pandemic has caused a shocking number of deaths, it has cut off “all those normal avenues for accessing support,” she points out. That puts even more people at risk for poor bereavement outcomes like prolonged grief or major depression.

In a recent perspective piece in the Journal of Hospital Medicine, Dr. Morris and her colleagues describe the standardized bereavement service in place at Brigham and Women’s. They make a strong case for other hospitals to do the same and proactively provide such services to grieving families.

What to expect
It is estimated that five people are significantly affected by every death. That means the number of those mourning loved ones who have died from covid in the U.S. is easily in the millions.

Moreover, the circumstances in which patients die during the pandemic put loved ones at higher risk of a difficult bereavement. Risk factors include a hospital death, an ICU death, sudden death and not being able to say goodbye.

For many deaths in the pandemic, “families haven’t been allowed in the hospital,” Dr. Morris says. “Many family members feel guilty they weren’t there. Then there’s the guilt of those who think they may have infected their loved one to begin with.”

Even without the pandemic, Americans tend to avoid death and grief and, as a result, often don’t know what to expect. When Dr. Morris is working one-on-one or in groups with grieving families, she makes sure to give them accurate information about what they can expect in the weeks and months after a loved one dies.

“That’s especially true if someone has never experienced the loss of a loved one before, and people often don’t know if their experience is ‘normal’ or not,” she points out. “I make sure to tell them that grief isn’t linear but that it comes in waves and that those waves can pop back up—sometimes very substantially—at different times.”

Acknowledgement and resources
The bereavement service at Brigham and Women’s is designed to be preventive, providing education, guidance and support.

Each month, a hospital database generates a list of the deceased and their family contacts. The hospital mails bereavement packets to those family members, one that includes a condolence letter from senior management, a psycho-educational grief guide and a list of community resources. The 15-page guide spells out what bereaved families and friends can expect to experience in the first few months, what strategies can help, frequently asked questions and how to get through the first year.

The packet also lets families know that a social worker is available to provide support by phone and to assist in mental health referrals; some referrals go to Dr. Morris and her colleagues who run bereavement support groups. Since the pandemic began, the packet now includes a tip sheet, “Grieving during a pandemic,” which is available in seven languages in addition to English. Some of those tips tackle how to challenge unhelpful thinking that could lead to guilt.

Condolence calls
One key component of the bereavement services that Dr. Morris has helped implement is condolence calls from providers. Such calls, she explains, are typically from providers who’ve had a longitudinal relationship with the deceased, such as a primary care physician or oncologist.

“Family members really appreciate receiving calls and cards from providers,” Dr. Morris notes. “Often, family members aren’t sure what happened around their loved one dying, and that can cause anguish and torment.” Because clinicians are sometimes hesitant to reach out to families, she and her colleagues provide templates and scripts they can adapt and use.

“Offering condolences is a skill that, like any other, needs practice, and you need some tools,” she says. “We see bereavement follow-up as an extension of the care of the patient.”

Key components
Most community hospitals, however, don’t have the staff or resources of a Brigham and Women’s. What among the various service elements does Dr. Morris think smaller hospitals should put in place first?

The key components, she says, are acknowledgement, information and community resources. Acknowledging the death and the family’s bereavement doesn’t necessarily entail handwritten letters. “A letter of condolence from someone in hospital leadership can be a nice, personalized form letter,” says Dr. Morris.

As for information, if hospitals aren’t able to create their own psycho-educational bereavement materials, “they should have a social worker or psychologist who can pull together links to grief support and hospice sites on the Web, information that would help people understand what they’re going through.” Hopefully, all hospitals are partnering with community organizations and can give families a list of local resources, including psychosocial providers who offer counseling.

What community hospitals may find challenging is providing individual or group support. “Hospitals would need to have social workers or psychologists to run these kinds of groups,” says Dr. Morris. She adds that for hospitals just beginning to put a bereavement service together, that kind of resource is probably “second tier” and can come later.