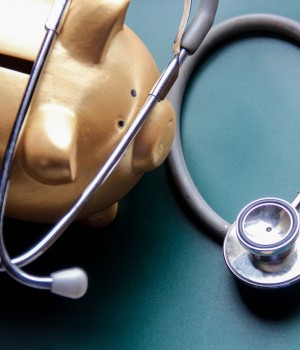 When I first started practicing hospital medicine around the turn of the century (boy, that makes me feel old), I ran into substantial skepticism about the field from primary care physicians and consultants alike.

Much of that stemmed from their suspicion that hospitalists were somehow agents of cost control, sent from either the insurance companies or the hospital to root out waste, cut consults and ration care. Given the fact that physicians at that time had essentially just defeated the managed care insurgency of the 1990s, those concerns were understandable.

At the time, we hospitalists thought the idea of being secret agents of cost control to be laughable, and allaying said concerns was not difficult. Sure, we wanted to be more efficient. But the efficiency we gained was the byproduct of our model: greater specialization and increased presence in the hospital.

We did decrease lengths of stay, but all of us learned quickly that we would not be denying patients expensive tests or procedures, even if those interventions would not significantly affect patient outcomes. And sure, we tried to practice evidence-based medicine, but between multiple consultants, patient expectations and fear of malpractice, our inroads into meaningful cost control were few and far between.

One could argue that our greatest accomplishment was to squeeze more tests and treatments into shorter hospital stays. Yes, this saved the hospital money, given the DRG payment system.

But overall, we did little to rein in total health care costs, and evidence of medicine’s collective failure to economize is everywhere. According to the Henry J. Kaiser Family Foundation last year, “Premiums for employer-sponsored health insurance have risen by 119 percent since 1999, while wages have grown by only 34 percent and inflation by 29 percent.” And an article in the Feb. 26, 2009, New England Journal of Medicine says that, “ from 1992 through 2006, overall Medicare spending, adjusted for general price inflation, rose by 3.5% annually.” I suspect these numbers would have been slightly worse without hospitalists, but significantly different? Doubtful.

Despite subspecialists’ initial concerns, they have thrived under the hospitalist model. In fact, we freed them up to do more procedures. Or, if they were primarily cognitive-based specialists, we absorbed much of the scut work that comes with being the attending physician, a job that most primary care doctors were glad to relinquish even before we arrived on the scene.

Subspecialists were able to increase billing, if not revenue, and could thus better weather an era of decreasing reimbursement. Primary care doctors have generally thrived as well, although this likely has to do with an improved lifestyle, not a financial boon.

So what does health care reform have in store for us now? Will we hospitalists become agents of cost control as was initially feared? My advice to those of you worried about this: Be afraid, be very afraid.

Last year, Aetna and UnitedHealthcare saw their earnings slip 24% and 36% respectively. Coupled with President Obama’s budget that hopes to trim $175 billion from Medicare Advantage plans over the next 10 years, we suddenly have the recipe for changing a company’s business plan.

There’s no better way to control costs than to directly employ those who deliver care and to, presumably, incentivize these doctors to act in their employer’s best financial interest. And this is exactly what is happening, from UnitedHealthcare’s acquiring the largest physician group in Nevada to Kaiser’s growing number of hospitalist programs.

While insurance companies are being proactive, no one doubts that the government will stay on the sidelines for much longer. “Socialized medicine” still seems like a long shot, but reforming incentives for pay is all but guaranteed. One example of payment reform, as Today’s Hospitalist reported last October, is gainsharing programs. Previously considered illegal, such programs look to share savings with doctors who work in concert with hospitals to limit medical expenditures.

Another proposal is to create DRG-based physician reimbursement similar to the current hospital payment system. Imagine this scenario: You are the attending hospitalist, and you are allotted $1,000 to take care of a pneumonia. Need an ID consult? OK, now you have $750. Want a CT of the chest? Now you have $500.

Needless to say, this type of model would have a substantial impact on how we practice. So will we come full circle? Were those doctors who confronted me circa 2000 correct, just off by about 10 years?

My money says they were ahead of their time. Hospitalists will be forced to evolve because of the very simple fact that those paying us in the future will demand, not assume, that we control costs. And with fully integrated electronic medical record systems in place, the notoriously difficult task of tracking physician practice will be no more complicated than keeping tabs on checkout scans at the grocery store.

I make no guarantees, but I am certain of two things. First, this promises to be a long, strange trip, especially for doctors accustomed to practicing in an era when cost containment within the confines of the hospital was little more than afterthought.

Second, hospitalists stand better positioned than most specialties to weather reform. I’m not suggesting that reform will be painless for hospitalists. But any specialty that can be part of the solution rather part of the problem will definitely be at an advantage.