Published in the February 2009 issue of Today’s Hospitalist

FACED WITH A CHRONICALLY PACKED ICU and a record number of days spent on diversion, Eric E. Howell, MD, knew that the hospitalists at Johns Hopkins Bayview Medical Center in Baltimore could better manage inpatient resources and relieve frustration in the ED.

The solution was an ambitious “active bed management” program that put hospitalists in charge of assigning and transferring department of medicine patients throughout the hospital. (Those patients make up 70% of the inpatient population.) While the initiative meant that other physicians had to give up admitting authority to the hospitalists, which produced some resistance initially, the results have been impressive.

Patients now spend on average 98 minutes less waiting in the ED to be admitted. Diversions because the hospital’s ICU is full have decreased 27%, and the hospital may have captured up to an additional $16 million per year in revenue because of the big drop in ambulance diversions from the ED.

The results, which were described in a study in the Dec. 2, 2008, Annals of Internal Medicine, have also improved the way hospitalists are viewed. “Active bed management establishes the hospitalist as the leader in quality improvement,” says Dr. Howell. “We used to be the spare tire. Now we’re the engine.”

He cautions, however, that active bed management isn’t for novices. “This is a black belt quality improvement project,” Dr. Howell warns. “If you’re going to do a QI project, don’t do this one first.”

The doorway doctors
When the 24/7 bed management program began three years ago, each member of what was then a 17-physician hospitalist service began rotating through as a “triage” hospitalist.

Triage physicians spend their entire day deciding which of the hospital’s six units is best for each inpatient. They make bed rounds twice a day, regularly visiting the two 12-bed ICUs and the ED, and keep on top of where patients are in the hospital and who’s being discharged.

The system also calls for a separate “bed director,” who is the division or associate division chief. When things get clogged, the bed director has the authority to activate additional resources to cut throughput delays or head off diversions. The bed director can, for instance, call in more hospitalists or redirect medical admissions to departments outside of medicine. (Hospitalists continue to treat any patients housed in non-medical units.)

Before implementing the 24/7 program, Dr. Howell already had a successful hospitalist triage system in place at the 335-bed university-affiliated medical center that worked daylight hours on the medicine service. When the hospital gave him one year to prove that hospitalists as “doorway doctors” could make a similar system work around the clock, he set up the program in 12-hour shifts. Most of the hospitalists now do one or two of those shifts a week.

“We proactively manage so the patient can go to the right unit,” Dr. Howell says.

In its first year, Dr. Howell says the program slashed the number of hours the hospital was on diversion from 2,000 to 700. In 2008, that number fell to only 56 hours, and Dr. Howell says his goal for 2009 is to keep the annual number of diversion hours to under 70.

Training was minimal, he adds, because triage is part of internists’ basic skills. Yet hospitalists need good interpersonal skills for this role. Physicians make a point, for instance, of visiting units early to talk to staff before things become too hectic.

Hospitalists new to the rotation shadow an experienced physician for two weeks, then begin triaging on their own. It takes about three months, says Dr. Howell, to feel comfortable with the process, and about a year to have enough experience and established relationships with other staff to become completely adept.

“The hard job isn’t figuring out why the patient is sick, but dealing with politics,” Dr. Howell says. “Other doctors were at first concerned that hospitalists wouldn’t do it right, that patients would be too sick or not sick enough to be moved.”

The program came with an up-front acknowledgement that whatever the hospitalists decided was firm, meaning they can override a doctor who resists taking a patient. “Our power is that we assign and the patient goes up whether or not other physicians agree,” Dr. Howell explains. “They may disagree, but in 90 minutes that patient is coming up.”

Conflicts wait until the monthly meeting where the ED chair and the medicine chair review cases. Anybody ” a nurse, doctor or technician “can bring up a case to contest how it was handled.

It took about six months, Dr. Howell says, for the system to become part of the hospital’s culture, and the number of contested cases has dwindled over time. That’s in large part due to the results achieved. Primary angioplasty, for instance, can now meet its volume and door-to-balloon targets.

The ED has become one of the program’s most ardent supporters. “Now they can do their job, not figure out where the patient is going and have to negotiate with people they don’t know,” Dr. Howell explains. “Ten years ago, we used to be at war with the ED. Now they’re our biggest ally.”

At Bayview, the program has not only boosted the hospitalists’ profile, but their ranks as well. There are now 26 hospitalists, and the service is looking to add five more. To further help with the program, the hospitalists now have three administrators, their own case manager and a suite in which everyone has an office.

The next step: E-triage
The next step is to make the process more transparent by putting it online. That process is scheduled to go live this month.

The triage hospitalist will use a Web-based program on a laptop with a wireless phone and headset. The system will time stamp everything, from when the patient gets into the ED to when the patient comes up to the floor. That way, says Dr. Howell, everyone can see where the delays are and help make “and accept “fixes.

Smaller hospitals could start by putting a partial system in place just during the day, Dr. Howell suggests. Or hospitals could have one full-time physician spend a quarter of his or her schedule helping out during busy times in the ED.

It’s worth the effort, he adds, to establish the hospitalist as the leader in nontraditional QI. “The real lesson is that hospitalists can do more than just see inpatients,” Dr. Howell says. “Active bed management has put us on the map, and now we’re indispensable.” 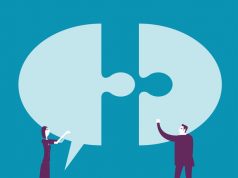