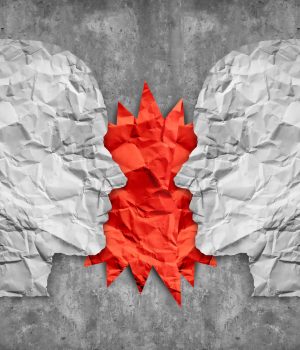 “ARE YOU TRYING TO KILL YOUR DAD?! We want him to feel better, but you just want him to sleep.” I stood at my father’s bedside, already grieving, listening to the hospitalist, speechless with anger and immediate self-doubt. How did we get here?

My 72-year-old father suffered a sudden cardiac arrest when he was 49. Thankfully, he returned to an active life, but his heart failure meant a roller coaster of decompensations, arrhythmic events and hospitalizations.

Early on, he pursued aggressive measures and invasive procedures. But as his heart failure progressed, so did his outlook. He was adamantly against pursuing advanced therapies, and he made it clear he valued quality of life over longevity.

An unexpected call
But the months before he died saw a precipitous decline: debilitating dyspnea, fatigue, insomnia, generalized anxiety. His cardiology team had little to offer, and his primary care physician seemed ill-equipped to manage his symptoms.

I was a practicing hospitalist and a consistent champion of palliative and hospice care, but I was biased by him being my father.

My father fully agreed when palliative care was recommended—and he had just returned from his first outpatient palliative care appointment, one that advised hospice, when he became acutely dyspneic and anxious. With few options, my mother called EMS and brought him to the hospital.

As a hospitalist, I knew he was in advanced stage heart failure. But I suspect I still subconsciously felt my father was invincible. When he called from the ED to say, “I don’t think I’ll make it through the night, and I just wanted to tell you I loved you,” I was floored. It shouldn’t have been a surprise, but the call came sooner than I expected.

A change in plans
The hospital confirmed acute heart failure. My father wanted to go home, but with continued dyspnea after IV furosemide and with hospice not yet formally involved, my parents agreed to him being admitted.

My mother overheard members of the hospitalist team openly disagreeing with the emergency department about admitting what they felt was a hospice patient. My parents tried repeatedly to make it clear that they knew he was near the end and wanted only to be comfortable.

But my father still ended up with orders for full diagnostic and treatment measures. I arrived hours later when the hospital shift was just changing. He was on telemetry and getting blood draws as well as empiric antibiotics—for reasons that weren’t clear—and IV furosemide. He’d received only a single morphine dose in the ED and was still uncomfortably dyspneic, but he had no further orders for morphine.

After talking with the bedside nurse, it became clear his admission documentation didn’t emphasize his end-of-life comfort goals, although a DNR order had been entered. At my request, the covering hospitalist came to the bedside and initiated comfort orders including bolus morphine dosing converted later to an infusion. All blood draws and telemetry were discontinued, the ICD was deactivated, and my father was finally comfortable.

Not adapting to a change in status
The admitting hospitalist arrived the next morning. She knew I had driven the changes in the medical plan, and she seemed uneasy with the morphine infusion, feeling my father was over-sedated. Her recommendation: Decrease or even stop the morphine, despite him being comfortable. That’s when, in frustration, she asked, “Are you trying to kill your dad?!”

Fortunately, instead of a confrontation, we were able to first get inpatient palliative care, then hospice involved. My father was transferred to an inpatient hospice care center where, under the graceful care of hospice nursing, he died peacefully two days later, his family at his bedside.

In processing these events, certain themes stand out. First, his goals of care were clear. Palliative care should have been involved long before it was finally recommended— and very long before that last admission.

I was a practicing hospitalist and a consistent champion of palliative and hospice care, but I was biased by him being my father. I didn’t see his overt functional decline and symptom escalation for what they were, while the medical system likewise did not seem to be able to adapt to his changing status. That led to weeks of suffering and a final hospitalization, instead of being comfortable at home.

Tailored care
As for that last admission: I believe the initial medical assessment did not meet my father where he was as a person, nor acknowledge that he was at the end of his life. Instead, the medical team took little opportunity to engage with my father or mother. My abrupt discussion the next day with another hospitalist didn’t reflect shared decision making. Instead, it introduced doubt and anger on top of the heartache we already felt.

I know that patient acuity is growing and our medical system is increasingly fast-paced. I also know our time is scarce and that the extra time it takes to communicate effectively is not always incentivized.

But the situation around my father’s death reaffirms what for me are basic lessons of medical care: communicate effectively, build trust, advocate for patient values and practice with empathy. Taking the time to follow these rules often brings me the greatest sense of accomplishment and professional well-being, and they reflect why I entered medicine in the first place.

And since my father died, I have enrolled in a palliative care fellowship that I’ll complete later this year, and I plan to practice inpatient palliative care full time. I believe that if we approach patients as people and work as a team, hospitalists can ensure that people like my father receive the tailored care they deserve. 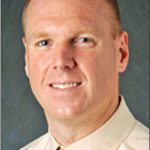 Dwight Blair, MD, has been a hospitalist for 18 years and practices at New Hanover Regional Medical Center in Wilmington, N.C. He is currently enrolled in a hospice and palliative care fellowship at the Medical University of South Carolina.

I knew your Dad. He was my Biochemistry Professor at WVU. He was Brilliant, but tough. This story is heartbreaking, but I am glad he had his son to advocate for him. Being a physician doesn’t make witnessing a situation with a loved one any easier than it would be if you were not a physician.

Thank you. I realize that losing a parent is agonizing and overwhelming and it is so hard when they are suffering. It’s very hard to sort out all of the feelings of being their child with being the decision-maker or at least part of the decision-making team. I applaud your decision to go back for a fellowship in palliative care. I chose palliative care as my specialty in large part because of my mother’s death from a Klatskin tumor and liver carcinoma my first year in medical school. She taught me how to die with grace, dignity, and comfort. I… Read more »

Excellent paper, Dewey. I agree totally with you to treat each individual, anyone who is terminal with heart disease, cancer, dementia or whatever, with care and love and acceptance when the end is near. Not to fear it and especially suffer waiting for it. My mother died peacefully with the assistance of hospice. To me, that was comforting knowing she was ready. I am proud of your career path. I have wonderful memories of you and your sister staying at our cabin at Lake O Woods. Bless you, Dr. Dwight Blair.