Two years ago, if Mr. Madoff offered to sell you an investment with a proven track record of at least 10% growth per year over the last 10 years, you might have been tempted– even if it sounded too good to be true.

Fortunately, few, if any, hospitalists were wealthy enough to have been suckered into such an exclusive investment club. But “too good to be true” growth has also been a reality for our profession. Given our great return on investment, it is surprising that Wall Street never attempted to sell the success of our field as part of a risky financial product. An imperfect example of such a preposterous proposition: the securitization of the concept of hospital medicine into a credit default swap (CDS), hereafter referred to as HOSPX.

Credit default swap, explained To borrow from Wikipedia, a CDS “is a credit derivative contract between two counterparties. The buyer makes periodic payments to the seller, and in return receives a payoff if an underlying financial instrument defaults.” In other words, a CDS is a bet on the success (or failure) of a security. In my completely unrealistic example, a default for hospital medicine would be the sudden contraction of our specialty. The spread, which is what the buyer pays the seller annually, increases as the threat of default goes up, and therefore serves as a hedge against this risk.

As an example: While the growth of hospitalist medicine–which we’re calling HOSPX–represents a non-tangible product that could not be securitized, Wall Street certainly could create a CDS for a publicly traded company like IPC The Hospitalist Company. You might buy such a CDS if you had a significant amount of stock in the company and you wanted to hedge against the risk of the collapse of hospitalist medicine, which would cause IPC’s stock value to plummet. (Incidentally, IPCM has been one of the few successful IPOs in the last three years.)

As an aside, the seller of a CDS does not have to be regulated nor even maintain reserves in the event of needing to make a default payout, despite the fact that the total value of CDS investment is estimated to be $5.8 trillion. In light of recent defaults, particularly in the housing market, many experts have argued that our current economic crisis was augmented by the untold billions invested in these contracts. Warren Buffet in 2002 famously labeled CDSs as “financial weapons of mass destruction.”

Back to my fictional HOSPX. Anyone selling this product must be safe because our profession could never default, right? While hospital medicine is certainly no Ponzi scheme, I can’t help but wonder what scenarios might indicate a potential future contraction. Stalled expansion will come at some point because, given our current rate of growth, we will someday be caring for every hospitalized patient. However, based on a near r y doubling of the geriatric population by 2050, that plateau is years off. The next assumption, one that I share, is that health care reform, whatever it looks like, will only fuel our growth. But there is at least one scenario, albeit unlikely, that could greatly increase the HOSPX spread.

Private payers and Medicare are envisioning cost control through the use of case-based rates. (One thing that seems clear from Washington these days is that ending fee-for-service is the only way to control health care costs.) Similar to the way hospitals are currently reimbursed, physicians would be paid a set amount for a specific DRG diagnosis.

Not to worry, you say. Who better to manage patients in this environment than a hospitalist? Well, consider chest pain. Let’s assume an insurance company will pay handsomely to triage these patients through the hospital in less than 24 hours or, better yet, prevent their admission in the first place. After all, hospitalization kills the insurer’s profit margin.

I’d bet that insurers would be more likely to approach cardiologists than hospitalists to manage these patients. Cardiologists may not bite, but consider the possibility that reform could markedly decrease payment for procedures. If these cuts are severe enough and if case-based rates become the norm, many specialists may suddenly take an interest in once again managing hospitalized patients as attendings.

Specialists may not be eager to manage comorbidities like diabetes, arthritis and pain, not to mention perform the amount of scut work involved in being an attending. So long as comorbid conditions were reasonably stable, I suspect it would be more profitable for a specialist to pawn this work off to a group of employed PAs or NPs, rather than share the case-based rate with a hospitalist.

Of course, the converse would also be true if case-based rates became the norm. We’d think twice about consulting cardiology or any other specialty if it meant significantly less reimbursement. Suddenly, a new competitive scenario might exist within the hospital where the more you share, the less you get.

Crazy, you say? Perhaps, but the Phoenix Group, a think tank composed of many of the founders of hospitalist management groups, recently expressed concerns about another payment methodology being considered: bundled payments. (See “Sounding an alarm on bundled payments.”) Given the fact that the Phoenix Group represents the financial interests of our specialty, you have to wonder if bundling may have the potential to unbundle HOSPX.

Some argue that increasing subsidies will be our eventual downfall, given hospitals’ current economic state. Still, someone needs to see these patients, so subsidies will remain more of an issue of supply and demand for hospitalists, and I don’t see supply catching up anytime soon. As for the growing role of allied health professionals, I doubt this trend will disrupt the supply-demand mismatch much, particularly if another trend–steering clear of primary care–continues among medical students.

So, not to worry. Keep buying those HOSPX CDS with a small spread because there is no way we will go into default. Hospital medicine now is just too big to fail. But haven’t I heard that somewhere before? 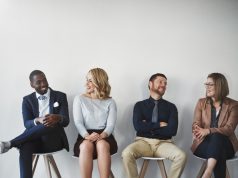