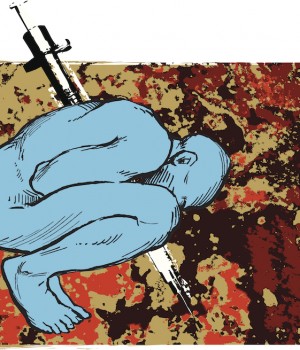 I AM A PRACTICING HOSPITALIST in Dayton, Ohio. Dayton has emerged in the last year as the city with the highest per capita death rate from opioid overdoses.

When we measure the number of deaths here, we talk about how many there are per day, not per week or month. We have been inundated with heroin and other products laced with fentanyl or carfentanil. Every other drug, including marijuana, is laced with an opiate in this city.

Dealers stand on street corners and throw baggies of heroin into passing cars that have the windows open—free of charge—to get new customers hooked. A routine dose of Narcan to revive someone here is not the standard 0.4 mg dose, but a minimum dose of 10 mg. But despite those maximum Narcan doses, many people die and cannot be revived.

Medical consequences
Our hospitals are overrun with opioid dependent patients. They take up a staggering amount of the health care community’s resources. When you are an IV drug user, there are many acute and chronic medical illnesses that come with that disorder. Those include:

And that’s if you are lucky enough to survive an overdose. Many of these conditions take months to treat and cost hundreds of thousands of dollars.

An exhausted community
In hospitals and clinics in Dayton, the medical community is being tested. We do not have enough resources to help patients get clean.

And even if we did, the number of patients who achieve remission then relapse over and over and over is staggering. Instead, we spend our days putting out fires, reviving opiate users and patching them up so they can leave against medical advice—only to return day after day in an endless cycle.

What you see throughout this city is a community exhausted by opiate abuse. Our job is to take care of all patients, but you clearly notice over time a degradation of empathy and willingness to keep endlessly helping drug abusers. When day after day, you are constantly verbally abused and threatened, sometimes physically as well, it is very hard to maintain any kind of positive outlook and caring bedside demeanor. It wears on us to be mistreated by our patients and to even fear for our own safety when caring for them.

The truth is that most of these patients we’re taking care of are going to die of an overdose or a complication of their drug abuse. Right now, things look bleak and a solution seems unreachable.

All I can do is to keep trying to fulfill my duty to “do no harm” and treat each patient to the best of my abilities. But I’m not going to pretend that doesn’t get harder and harder every day. 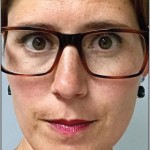