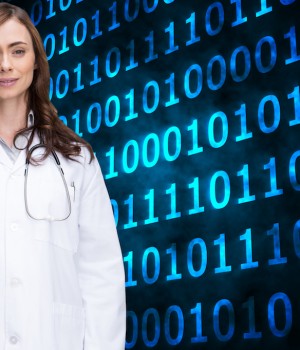 THIS FEBRUARY brought an announcement from the Centers for Medicare and Medicaid Services (CMS): For the first time, the agency approved a dedicated specialty code for hospital medicine. In a session at last month’s annual meeting of the Society of Hospital Medicine (SHM), a panel discussed the implications of that new code for hospitalists who choose to use it once it goes live.

As far as panel member Ron Greeno, MD, is concerned, it is “abundantly clear” that SHM’s advocacy for a dedicated specialty code “was the right decision.” (SHM first asked the CMS to approve the new specialty code more than two years ago.) Without a dedicated code, he explained, “hospitalists are being treated disadvantageously when our data are looked at because we are being compared to our outpatient colleagues.”

That’s because, until now, the vast majority of hospitalists could designate their specialty only as internal or family medicine or pediatrics. But given the growing role of payment mechanisms that will base an increasing percentage of reimbursement on performance, hospitalists are at a distinct disadvantage if they’re lumped together with primary care physicians.

“This is the best chance we have of getting valid data on the work that we’re doing.”

“This is the best chance we have of getting valid data on the work that we’re doing, and to be able to modify our behavior one way or the other to affect those data,” said Dr. Greeno. “By using the new code, you may not do well in terms of comparing your own performance to that of other hospitalists’, but at least that comparison will be fair.”

No effect on daily billing
Dr. Greeno—who is SHM’s president-elect, chair of its public policy committee and chief strategy officer of IPC Healthcare—made it clear what the new specialty code is not.

“The specialty codes exist only in CMS’ back offices,” Dr. Greeno explained, so using the new code won’t affect doctors’ day-to-day practice. Instead, the code is the designation that individual physicians or groups choose for their CMS specialty designation.

Comparison benchmarks
While the use of the new specialty code isn’t mandatory, panel members argued that it would be counterproductive for full-time hospitalists not to use it.

That’s because Medicare, which creates comparator pools of physician specialty data to look at individual costs and utilization, is going to be making increasing use of those performance data. Last year, for instance, when Congress did away with the sustainable growth rate formula, it also ushered in new physician payment reforms.

Those new payment models—as well as the physician value-based payment modifier, which will also be used to adjust physicians’ or groups’ payments—will increasingly tie a portion of physician fees to quality and cost data.

One new payment mechanism that will start affecting payments for some physicians in 2019 is the merit-based incentive payment system (MIPS). According to Joshua Lapps, SHM’s government relations manager and the staff liaison to SHM’s performance measurement and reporting committee, physicians who choose to be paid via MIPS may eventually face a potential 9% penalty.

“If hospitalists stay in a pool of internal or family medicine and are compared to benchmarks within that pool for costs, they won’t be able to compete,” said Mr. Lapps, who spoke during the session. “They’ll look horrifically expensive.” Perhaps most importantly, the code gives physicians the ability to benchmark their performance— and their group’s—against national data.

“It won’t be apples to oranges anymore,” said panel member Dea Robinson, vice president of operations for the Ohio-based MedOne Hospital Physicians and a member of SHM’s practice management committee. “It will be apples to apples. We’ll now have data sets with real information on where we sit on utilization, instead of being compared to another specialty.”

Another panel member, Aziz Ansari, DO, associate division director of hospital medicine at Loyola University Medical Center in Maywood, Ill., voiced that sentiment a bit differently. “Now, we can no longer hide behind primary care physicians,” he said. “From the standpoint of quality and payments, we’ll have to step up to the plate and prove our worth.”

Further, panel members noted that physicians who do both outpatient and inpatient work should choose the specialty code that best reflects the majority of their work. Primary care physicians who moonlight only occasionally in the hospital, for instance, or members of multispecialty groups who rotate into the hospital only one week a month should continue to list their specialty as internal or family medicine or pediatrics.

Another audience member raised this scenario: Could nocturnists in one group maintain an internal medicine specialty code while day hospitalists choose hospital medicine? If so, could both a nocturnist and a day physician submit separate bills for the same date for prolonged services, instead of having to lump both those services into one bill?

But panel members pointed out that any such attempt to game the new code could be fraud. They further noted that if group members who are covered by one tax ID number use different specialty codes, they would appear to be part of a multispecialty group and thereby could face different performance benchmarks.