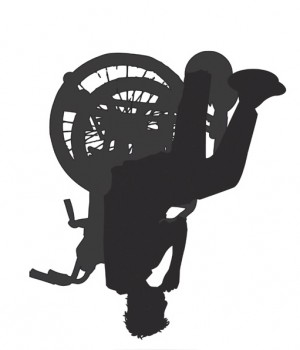 A complex process
For hospital administrators, discharge before noon is a simple concept that is seemingly inexpensive to implement. “Just get the hospitalists to discharge patients early!”

But the discharge process is very complex. It involves not just a physician order, but patients and families, other doctors, nursing, care and bed coordination, transport, physical therapy, the lab, consultants, pharmacy, and a host of other ancillary services. At most hospitals, communication across these services is poor, with no standardized processes in place to allow these disciplines to efficiently relay information to each other.

The higher the starting census for each doctor, the lower discharge efficiency becomes.

So a lack of standardized communication contributes to throughput and discharge problems. What else? Many hospitalist programs incorporate perverse incentives that don’t encourage efficient discharges. Groups rely, for instance, on a seven-on/seven-off schedule, with a wRVU productivity incentive that promotes a high number of patient encounters.

The need to maximize patient encounters is one perverse incentive to discharge, as is cramming each doctor’s annual patient volume into only 183 days. That ensures that hospitalists always have a high census on the days they work. (I’ll get back to census in a bit.)

Census leveling is another perverse incentive: If I hold onto patients longer, I won’t have to deal with new admissions. Many of these practices have been hardwired into most hospitalist practices.

But shockingly, it is usually not the ED and hospitalist admissions that sabotage throughput. Instead, it’s the elective surgery scheduling—a problem most administrators are afraid to tackle because they don’t want to alienate their surgeons. Instead, telling hospitalists what to do seems to be the path of least resistance.

Real-world staffing
Most hospitalist groups discharge anywhere from between 15% to 25% of their morning census. To process that number of discharges within a four-hour morning window, administrators would have to be OK with everything else in the hospital grinding to a halt.

Or they’d need to seriously rethink how they staff nursing, transport and all the other services that support early discharges. Will they really invest in more staff to accommodate that compressed workload? Wasn’t discharge before noon supposed to not cost anything?

Instead, doctors need to spread out discharges across the day to reflect real-world hospital staffing. Plus, discharge-before-noon initiatives don’t incorporate behavior patterns that take physicians’ and nurses’ self-interests into account. Our mornings are exceptionally hectic as we rush to review patients’ overnight status, check labs, weigh in on nursing concerns, and treat new patients admitted during the flex and night shifts.

Those all contribute to our sense of being overwhelmed. Add in the pressure to discharge before noon, and it is easy to understand why hospitalists are pushing back.

How to boost discharge efficiency
I measure throughput as the fixed number of beds multiplied by average length of stay (aLOS). The only way to improve throughput is to lower aLOS.

I recently had an epiphany when I looked at our discharge-before-noon metric. It was during one of the best throughput months we’d ever had in terms of the group’s lowest aLOS.

But the discharge-before-noon monthly percentage, by comparison, was one of the worst all year! That’s when I realized that not all afternoon discharges are bad. In fact, today’s discharge before noon could have been (and maybe should have been) yesterday’s afternoon or evening discharge on steroids.

Another big—and often ignored—factor in throughput is the census itself. My experience shows that the average starting census has a huge impact on discharge efficiency, which I calculate as the group’s number of discharges divided by its starting census.

The higher the starting census for each physician, the lower discharge efficiency becomes. Most hospitalist groups are trapped in a wRVU system where a high census is a necessary evil that justifies higher pay. Administrations don’t want to incur the burden of paying for additional rounding teams so each physician’s census could be lower—and his or her discharge efficiency could improve.

What it takes
That said, discharge before noon is absolutely the right process in many situations: for patients going to nursing homes or skilled nursing facilities, or those with whom you negotiated a discharge home for the next day. There is no reason why these patients can’t be discharged early in the morning.

And discharge before noon can be an excellent—and very successful—concept, as long as you resource it properly with adequate staffing, efficient intradepartmental communication, and the removal of perverse incentives for both doctors and nurses to not discharge.

However, most institutions jump on the discharge-before-noon bandwagon because, at first glance, the concept appears to be simple and to not require additional resources or an operational overhaul. But quality is never free. The next time administrators push you to boost discharges before noon, ask them, “Who is going to pay for it?” Then you can explain your position. 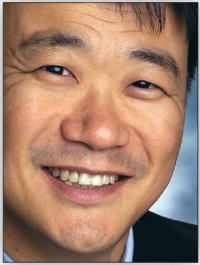 Refreshing article to read on throughput Dr. Yu. I am sorry I found it 3 yrs. after it was published. My hospital is working on 1 out by 11am. The challenges are exactly what you listed. Much planning needs to be focused on the patient from admission. All disciplines must be aligned.

Dr. Yu is right on! Where is the evidence-based management among hospital administrators? It is time for not just knee-jerk reactions to the symptoms, but for diagnosing and treating the root causes.

Excellent editorial. Focus should be on processes and LOS as a measure of efficiency.

I think it is important to do a proper needs assessment and current state analysis prior to setting targets for discharge before noon for the hospital/system. A review of ED patient flow and peak admission times could guide development of targets. At the same time, care is to be taken to see that this does not negatively impact patient care on the inpatient units. Another important point as mentioned in the above article is that discharge before noon works well if the discharges are planned in advance, preferably the day before.