FOR YEARS, the prospect of home hospital—providing acute care services in the homes of patients who otherwise would be admitted—has been a tantalizing proposition. But that possibility seldom becomes a reality, due to this huge barrier, at least in the U.S.: Insurers don’t pay for home hospital programs.

But as lead author of the first randomized controlled trial in the U.S. to examine home hospital in terms of costs, quality and safety, Dr. Levine is making the business case to tear that barrier down. According to results published online this February in the Journal of General Internal Medicine, the home hospital patients in his pilot study had median direct costs that were 52% lower than those of the controls treated in the hospital.

“These patients were absolutely going to be admitted. They were not the easy patients or the soft admits.” 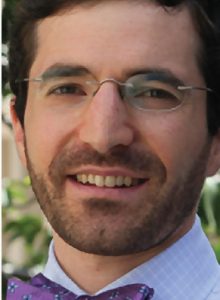 Savings over 30 days were even more impressive: 67% lower, with trends toward less use of home-health services and fewer readmissions. As Dr. Levine points out, the pilot study included only nine hospital patients and 11 matched inpatients, so the sample size was too small to power statistical significance for secondary outcomes like readmission rates.

But since that pilot, he has led a larger trial with 90 patients. While those results haven’t been published yet, “findings were very positive,” Dr. Levine says.

Switching from revenue to cost savings
Dr. Levine is very clear on which hospitals home hospital won’t work for.

“If we were a freestanding, semi-rural hospital clawing for every fee-for-service patient to fill our beds and keep our lights on, home hospital would not work in the current system,” he points out. That’s because instead of delivering the revenue that hospitals wedded to fee for service need, home hospital saves costs and relieves capacity.

Brigham and Women’s, on the other hand, is part of the Partners HealthCare network, and “Partners has a large shared-risk population,” Dr. Levine points out. Further, “the academic medical centers associated with Partners are over capacity, so home hospital makes sense.”

Armed with the study results, Brigham and Women’s is now negotiating with payers to have home hospital recognized—and paid for—as a modified hospitalization. Dr. Levine also points out that the Physician-focused Payment Model Technical Advisory Committee (or PTAC), which advises the Department of Health and Human Services on physician payment models, has unanimously recommended making home hospital a Medicare benefit.

In Dr. Levine’s study, most of the savings came from lower labor costs; home hospital patients received an average of one physician and two nurse visits per day vs. round-the-clock hospital staffing. Home hospital patients also had many fewer labs (a median of six each vs. 19 for controls in the hospital) and consultations. The median length of stay for both groups in the trial was three days.

To underscore that he and his research team uncovered real cost savings, Dr. Levine emphasizes that the trial randomized sick patients. Those in the home hospital arm, for instance, had seven chronic comorbidities and were taking eight chronic medications.

“This was one of our big improvements over prior studies, the fact that these patients were absolutely going to be admitted,” he points out. “They were not the easy patients or the soft admits.” Enrolled patients in both arms had a diagnosis of any infection or of heart failure, COPD or asthma exacerbation.

But Dr. Levine insists that all the technology needed to set up a patient with home hospital can fit in a plastic patient’s belongings bag. Moreover, his hospital didn’t have to make any major investment in technology or infrastructure.

“We do continuous monitoring via a patch and encrypted video with a tablet that costs less than $200,” he says. While those capabilities weren’t possible a decade ago, “these technologies have since gotten up to speed.”

In both the pilot and subsequent studies, Dr. Levine’s team relied on a mix of primary care doctors and hospitalists, as well as one double-boarded ED/ IM doctor, for home hospital patients. Each physician visits up to four patients a day.

“There is no perfect home hospital attending or nurse,” he says. “What you need are creative, open-minded clinicians. You can’t have a primary care doctor who doesn’t remember hospital medicine or hospitalists who expect to snap their fingers and have a head CT happen.”

Getting messaging right
With home hospital continuing to enroll patients at Brigham and Women’s, the messaging about the option has changed dramatically, now that randomization for research purposes is finished. During the randomized trials, Dr. Levine and his team wanted to minimize disruption in the ED. As a result, they didn’t present home hospital as an option to patients until those patients were on their way to the floor, sometimes stopping stretchers just before they entered an elevator.

“Delivering the message about the study right then was confusing for some patients, understandably,” he notes, and nearly two-thirds of patients approached (63%) weren’t interested in enrolling. It was tough to explain to patients that they could be treated at home when they’d just been convinced they needed to be admitted. And some patients had a hard time getting their heads around the fact that, even if they did enroll in the study, only half of them would end up being treated at home.

Now, however, “we have started approaching patients earlier, along with the ED physician, from the start of the disposition conversation,” Dr. Levine notes, “so patients are much more receptive.”

Another barrier he runs into when advocating home hospital: People are wary of adding to what he calls “caregiver burden.” ”But it’s actually very burdensome to have a loved one in the hospital where you wait around for hours before you can speak to anyone and you can’t get any sleep,” he counters. “We’re able to support caregivers at home.”

As for safety and quality of care, “we do kitchen walkthroughs and go through patients’ medicine cabinets and end up really understanding the driving forces in their health,” says Dr. Levine. And when clinicians leave, “we know patients have the medicines they need and know how to take them because we’ve worked with them in their home. It’s very natural to discharge patients from home to home.”