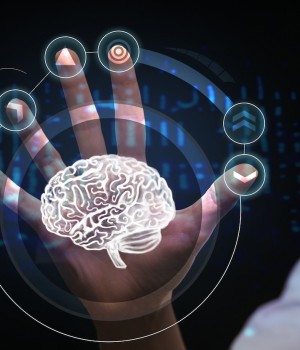 When you suspect patients may be suffering from a neurological problem, how often do you ask them to get out of bed and take a brief walk?

If the strategy sounds simplistic, think again. At a conference on managing hospitalized patients held last year by the University of California, San Francisco (UCSF), neurologist S. Andrew Josephson, MD, said the brief gait exam can be a huge help for hospitalists.

“It tests sensory function, motor function, coordination and the extrapyramidal system, which is dysfunctional in Parkinson’s disease,” said Dr. Josephson, who is assistant professor of neurology at UCSF. “If I can watch someone walk, it is the most helpful part of my evaluation of the patient.”

During his presentation, Dr. Josephson outlined the following “high-yield strategies” that physicians can use instead of a formal neurological examination.

Coordination and gait
When watching patients walk, Dr. Josephson suggested asking them to use not only their regular gait, but to also walk up on their toes, their heels and in tandem (one foot in front of the other). He also said it’s essential to watch how patients swing their arms.

“When it’s asymmetric, that’s a clue that the limb is weak or has increased tone,” Dr. Josephson explained. “If they are not swinging one of their arms, that’s usually a sign of either a hemiparesis, a problem with the pyramidal system or an extrapyramidal symptom, which is one of the early signs of Parkinsonism.”

Asymmetry matters in other ways. Bilateral dysfunction that can be demonstrated with finger-nose-finger coordination testing is often benign and related to drug or medication use. Unilateral dysfunction and asymmetry, on the other hand, means a cerebellar lesion until proven otherwise with a CT or MRI. Dr. Josephson also said to remember that the brainstem “in addition to the cerebellum “may be involved if coordination is abnormal because cerebellar fibers run through the brainstem.

While the Romberg test is commonly seen as a test of coordination or gait, Dr. Josephson said that view is not entirely correct: The Romberg test, which is really part of a sensory exam, tests for a problem with patients’ dorsal columns.

Vibration and joint position sense tracts run through those columns and could cause dysfunction due to a variety of disorders, including B12 deficiency and tertiary syphilis. A true Romberg is present when the patient stands with feet together and eyes open normally, then becomes imbalanced and falls when the eyes are shut.

Patients with a cerebellar lesion have a wide gait and will be unable to stand with feet together and eyes open, making Romberg testing impossible. The maxim that a Romberg sign indicates cerebellar dysfunction “is just not at all accurate,” according to Dr. Josephson.

If a patient comes into the hospital with a weak arm and you want to prove it’s not due to a stroke or other cerebral lesion, the following three tests can help you evaluate these preferentially-weak muscles in each of the four extremities: pronator drift, fine finger movements and toe taps.

To test pronator drift, Dr. Josephson explained, ask patients to hold their hands in front of them, spread their fingers apart and close their eyes. If they have upper motor neuron weakness, one arm will drift down and pronate within 10 seconds.

If patients keep a slower beat with their fingers or toes on one side of the body, that also represents upper motor neuron weakness; the most distal extensors of the limbs are needed to perform this function. That’s why he said he asks patients to tap “as big and fast as they can” and then watches to see if one side is slower than the other.

Localizing arm weakness
Dr. Josephson noted that these tests are useful because they can help localize the source of a person’s arm weakness. For instance, he said, a patient probably has an upper motor neuron problem if the pattern of his weakness is pyramidal and you find problems in the distal extremities. A lower motor neuron problem, on the other hand, will result in more variable weakness patterns.

Sensory testing
Dr. Josephson discouraged hospitalists from using lengthy sensory exams because most of the tests are subjective.

Common tests include vibration with a 128Hz tuning fork, joint position sense/proprioception by asking patients to tell what direction you are moving a toe up or down, heat and cold sensation, pinprick, and light touch. Dr. Josephson said that light touch was “the least useful of the sensory modalities” because it has the least localizing value in the central nervous system.

“Rubbing a patient’s foot and asking, ‘Can you feel this?’ is not that helpful,” he pointed out. “Severe sensory neuropathies, for instance, can preserve this very crude touch sensation.”

To screen for sensory problems, he said, you really need to pick only one test for each of the two separate sensory pathways: the dorsal column system and the spinothalamic, which carries impulses related to touch, temperature and pain. Dr. Josephson said he carries a tuning fork that he uses to conduct both a vibration and temperature test. He tests patients distally in the feet and in the hands first, then tests more thoroughly if the distal sensation is abnormal.

Reflex testing
If you are going to test reflexes, keep two points in mind. First, symmetry of reflexes is most important. And second, positioning is key in performing the exam.

More important than making the patient’s arm jump, for instance, is exposing the bicep so you can watch and feel the tendon move. And when testing the patella, place your hand on the quadricep and feel it move.

Finally, said Dr. Josephson, the only four reflexes you should ever need to test are the biceps, the triceps, the knees and the ankles. Each of these, he pointed out, tests a different level of the spinal cord.

For part two in the series, read our article on High-yield strategies for cranial nerve testing.

Published in the April 2008 issue of Today’s Hospitalist