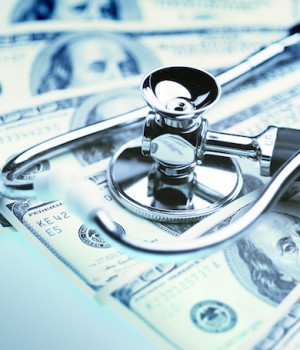 The former argument is made by my dear friend, Michael Greenstone, who I’ve known well for his sharp elbows on the basketball court and now know for his enormous intellect. And I am not the first to make the latter argument about health care, even if “mess” is a strong adjective for a health care system that is known worldwide for its cutting-edge care.

Greenstone, a professor of economics at MIT, had this to say on Politico about the Gulf oil spill disaster: “The rub here is that the $75 million cap on liabilities for economic damages now protects oil companies from full responsibility for damages. This misalignment of incentives is a classic case of moral hazard. Firms or people behave differently when they are protected from risk.”

The cap was the result of federal law passed after the Exxon disaster. Greenstone goes on to say, “So the cap inevitably distorts the way companies evaluate their risk. Locations where damages from a spill may be costly–for example, places near coasts or in sensitive environmental areas–seem more attractive for drilling with the cap than if firms actually were responsible for all damages. The cap effectively subsidizes drilling in the very locations where the damages from spills would be the greatest.”

As proof of that argument, we now have the single biggest man-made environmental disaster in our history, which many estimate will cause more than $10 billion in economic losses and incalculable damage to that habitat. It remains to be seen how much of the $10 billion BP will have to pay.

Health care has many moral hazards, and perhaps none is bigger than fee for service. Here’s the usual argument: We are incentivized to do “more,” regardless of whether “more” means better care, and both we and our patients are blinded to whatever risks are inherent in this system. While there are many risks in fee for service, I believe none is greater than our inability to “cap” (no pun intended) the amount of resources we spend on futile end-of-life care.

Patients and families are largely protected from the risk of having to bear the cost of endless futile care, although they have no protection from needless suffering. Physicians, despite some recent cost control measures, still practice in a vacuum in terms of resource utilization.

Now, I need to be clear that attempting to help people is not the same type of endeavor as drilling for oil. Further, the collective motivations of physicians in a litigious environment are not analogous to the motivations driving big oil companies. However, make no mistake: Our moral hazard is linked to inefficient and costly care in the short term, and it’s coupled to a disastrous long-term outcome. That outcome is our inability to pay for efficient, life improving care for all Americans without driving our economy into the ground.

Many economists believe health care’s escalating price tag will encumber an economy that is already teetering on the brink of a “double dip” recession. But just how bad will it be?

Noted economist David Leonhardt argues that our collective moral hazard may result in, “… huge deficits that the growth of Medicare, Medicaid and Social Security will cause in coming years–and the possibility that lenders will eventually become nervous about extending credit to Washington. True, some economists and policy makers insist the country should not get worked up about this possibility, because lenders have never soured on the U.S. government before and show no signs of doing so now. But isn’t that reminiscent of the old Bernanke-Greenspan tune about the housing market?”

No one will ever mistake me for an economist, political scientist or general thought leader. But as a hospitalist, every day I see futile care and find myself constantly asking myself the simple question: How can we afford to do this?

Now I have my answer: Health care has a serious case of moral hazard. While I now see how easy it is to diagnose, the treatment and cure will prove to be much more difficult. I just hope our case of the moral hazards doesn’t turn out be an even more virulent strain as that which afflicts BP, and result in a much bigger, more far-reaching man-made disaster.