A COUPLE OF YEARS AGO, data collected through internal surveys at the University of Utah Hospital in Salt Lake City found that around 80% of hospitalists’ patients couldn’t name the doctor in charge of their care. Most couldn’t even come up with a name that was close.

Those findings “highlighted the fact that we overestimate greatly how well patients understand what is going on,” says Nathan Wanner, MD, director of the hospital medicine section, which commissioned the surveys. “It really got people engaged” in figuring out how to improve patient experience in the hospital.

As an example of how confused patients can be, Dr. Wanner, who also serves as patient experience physician leader for University of Utah Health, recounts this anecdote from his wife, who is an occupational therapist. She saw a physician walk into a patient’s room and spend 10 minutes talking to the patient. After the doctor left, the patient turned to her and asked, “Who was that?”

“We over-estimate greatly how well patients understand what is going on.” 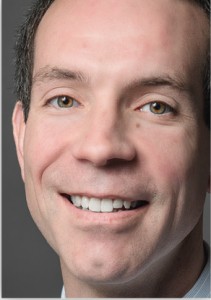 “That sort of thing happens a lot, and we don’t realize that it is happening,” he says. “The patient had no idea who the clinician was.”

Starting out
The realization that patients couldn’t identify their hospitalist came several years into the group’s efforts to improve patient experience. Those efforts were initially part of an organizational “Exceptional Patient Experience” initiative, with greater emphasis added after HCAHPS scores became part of the Centers for Medicare and Medicaid Services’ hospital value-based purchasing program.

The hospitalists first focused on some rudimentary, standardized communication techniques and committed to using them consistently. Those included “basic courtesy” such as knocking, shaking hands and introducing team members; sitting at eye level when talking to patients; and using “simple, easy-to-understand language” when reviewing plans and summarizing findings.

According to a study about that intervention published in the Feb. 1, 2017, issue of the American Journal of Medical Quality, the techniques did boost doctors’ HCAHPS scores for physician-patient communication, reversing a downward trend and improving scores that had been very low. The percentage of patients who answered “always” to all three of those questions rose from 56% in the pre-intervention period (July 2012-June 2013) to 63% the following year. That improvement, Dr. Wanner points out, has been sustained.

But after that initial push, improvement plateaued. That’s when the group embarked on a second round of interventions, guided in part by results of internal surveys the hospitalists themselves designed.

Buy-in and engagement
Collected by non-clinician members of the University of Utah Exceptional Patient Experience team, data from the homegrown surveys gave the hospitalists a real-time picture of “what is on patients’ minds and what is frustrating them,” Dr. Wanner says.

Conducted weekly for seven months in 2015 and 2016, the internal surveys targeted about 10 patients on the hospitalist service selected “somewhat randomly” by the patient experience team. The surveys, which consisted of 11 questions, asked if patients could name the doctor in charge of their care, if the doctor had given them a business card, and how well their doctors addressed their pain concerns, interacted with consultants, worked together as a team, and listened in general.

Other questions were more open-ended and were designed to let patients talk more generally about their experience in the hospital. Interviewers— who conducted the surveys in person—also audited whether the clinicians had updated the patient’s whiteboard with their own names.

Surveyors then amassed the data and patient comments and fed results back to the hospitalists each week. In contrast to HCAHPS data, which have limited utility due to long lag time, small sample size and attribution problems, the results of the internal surveys were “actionable, specific, and almost real time, which made them much more engaging,” says Dr. Wanner.

Those results were also much more effective than HCAHPS for physician buy-in. Doctors, he points out, can be “very cynical” about payer efforts to compensate them based on patient-experience surveys like HCAHPS. That’s particularly true for hospitalists who, due to the unpredictable and unplanned nature of their cases, “have to deal with a lot of frustrating situations and people.”

That can make physicians resistant to changing their behavior or their approach to improving patient experience. Instead, feedback from active or recent patients makes patient experience “something we care about because it’s important, not because there is money attached to it or it is a government mandate,” Dr. Wanner says. “The feedback has helped engage the physicians.”

Focus on introductions
As a result of those internal data, one key initiative has been to figure out how to hammer home doctors’ names and make a personal connection with patients and their families.

Clinicians in Dr. Wanner’s group of 25 physicians and 11 NPs/PAs are now expected to introduce themselves to patients in plain language—saying they are the “doctor in charge of your care,” not using lingo like “attending physician”—and hand patients a business card with their picture. They also write their name on the whiteboard in each room.

The doctors are encouraged to come up with a “memorable” way to introduce themselves while handing the picture cards to patients and writing their names. Dr. Wanner, for instance, always points out that his name rhymes with “honor,” and he likens the business cards to baseball cards, joking that one of his is worth two of his partner’s rookie cards. While it’s important to make the added effort when meeting patients for the first time, Dr. Wanner says that group members are urged to carefully reintroduce themselves on follow-up visits.

“In the hospital, things are so complicated and confusing,” he notes. “Our patients are not at their best, so we can’t take for granted that they know who we are and what we are doing.” Survey data also suggested that new hires in the group needed some extra communication coaching during their first months on the job. “We did see them improve significantly.”

Although his patient experience team has not formally evaluated hospitalists’ efforts to improve their introductions, team members have collected “some great comments, and our HCAHPS scores have improved some, which is encouraging,” Dr. Wanner says. But because it’s “harder to try to keep people focused” on improving patient experience without real-time data, he hopes to reintroduce a similar survey soon.

Meanwhile, group members see HCAHPS results group-wide every month or two so everyone can see how their scores compare with others. “We regularly show people data so they see that this is something we are serious about,” he says. “We have made it a point of pride, with positive social pressure to try to do well.” Dr. Wanner is also helping develop communication skills-training courses, which hospitalists are encouraged to take.