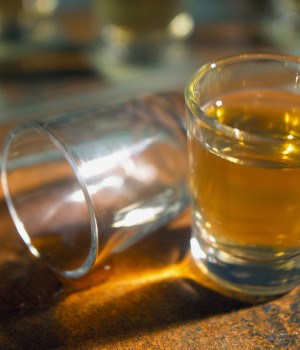 Several decades ago, if you tried to admit a patient with alcoholism to monitor and treat withdrawal, you risked losing both your reputation and your hospital privileges. “You’d not only have admissions tell you that you couldn’t admit the patient,” says Michael M. Miller, MD, an addiction-medicine hospitalist and psychiatrist at Meriter Hospital in Madison, Wis., “but you’d get kicked off the medical staff.”

Today, acute hospitalization for alcohol withdrawal is the standard of care at many hospitals. A growing number of facilities are creating and implementing protocols to help physicians manage inpatients in withdrawal, who can be highly agitated, hypertensive, combative or all of the above.

The protocols are important, experts say, because they not only help physicians identify alcoholic patients at admission, but they offer guidance in choosing medications and conducting ongoing monitoring. With the majority of withdrawal cases now falling to hospitalists by default, experts add, standardizing a treatment approach and building in flexible dosing are the key to preventing either over- or under-treatment of patients.

“Patients with concomitant medical or surgical illness tend to have more severe withdrawal.”

When managing alcohol withdrawal, one of the major challenges remains clinician attitudes. According to Dr. Miller, who is president of the American Society of Addiction Medicine, stigma and ignorance about alcoholism contribute to two common inpatient problems: the under-recognition and inadequate treatment of acute withdrawal. “People don’t think of withdrawal in the differential diagnosis.”

Vanderbilt University psychiatrist Reid Finlayson, MD, says that the level of under-recognition and potential under-treatment is astonishing, given these sobering statistics: Addiction to alcohol or to other drugs affects about one-third of all inpatients, and many cases of delirium tremens (DTs) during withdrawal are fatal. Alcoholic patients may be prone to severe withdrawal complications, such as DTs and grand mal convulsions, for up to 14 days after alcohol cessation.

“The trick for hospitalists is to pick up on alcohol withdrawal before it becomes catastrophic,” says Dr. Finlayson, who specializes in addiction treatment.

The protocol calls on clinicians to assess patients’ alcohol use at admission, and then assess symptoms every one to four hours for patients receiving symptom-triggered treatment with benzodiazepines. The protocol has been so effective that it’s being implemented institution-wide.

“I have had the experience of watching the withdrawal procedure with and without a protocol like ours,” Dr. Finlayson says. “Patients who are managed using the protocol are generally much brighter within two or three days” than those whose withdrawal symptoms are not treated.

Pairing protocols with training
James Franko, MD, director of the hospitalist program at Carilion Clinic in Roanoke, Va., spearheaded the development of a new order set at Carilion Roanoke Memorial Hospital in 2003 for just those reasons. About 75% of the patients with alcohol withdrawal at Roanoke are treated by hospitalists.

“That brought to light the real need to train people in detecting and managing withdrawal,” he explains. Training was extended not only to physicians and housestaff, but to nurses, a group that Dr. Franko says is critical to the success of any alcohol withdrawal program. Training for this specific order set and protocol takes about an hour, he points out.

Carilion’s order set calls for an assessment every four hours and treatment with scheduled-dose lorazepam in the absence of contraindications. The hospital initially tested the protocol on a few medicine units, simultaneously offering education on managing withdrawal and preventing DTs.

“It worked out so well “and our nurses liked it so well “that their colleagues on other floors started asking for it,” Dr. Franko says. He adds that all staff have now received the requisite training, and the hospital has since rolled out the protocol throughout the 460-bed facility.

“Before we instituted the protocol, sometimes the physician prescribed a dose of Ativan [lorazepam] so low you just knew it wouldn’t help,” she recalls. “We ended up having to move patients into the ICU for an Ativan drip.” What nurses are seeing now “is that hardly any patients go into full-blown withdrawal.”

Although the protocol’s assessment frequency was a challenge at first, Ms. Atkins recalls, that was balanced out by having to deal with fewer instances of severe withdrawal. “It’s actually a lot less stress on the nursing staff.”

One of the complicating issues is that the spectrum of withdrawal is so wide, ranging from nervousness or resting tachycardia to the DTs, Dr. Franko says. Another problem: Withdrawal severity doesn’t always neatly correlate with a patient’s consumption history. “That wide spectrum is one of the things we have to continually educate nurses on,” he explains, “because sometimes people call it DTs when it isn’t.”

Carilion established baseline criteria for identifying delirium tremens: a heart rate of 150 or greater; diastolic blood pressure higher than 100; and a temperature of 101 degrees or higher in patients with both agitation and active hallucinations.

Other factors that can complicate evaluation and treatment include patients’ under-reporting of their alcohol use. In addition, when patients have been admitted for conditions or reasons other than withdrawal “a COPD exacerbation or surgical procedure, for example “they may be well into withdrawal by the time they hit the medicine unit.

Benzodiazepines or lorazepam?
The literature suggests that long-acting benzodiazepines are the best choice, Dr. Miller maintains. But hospitalists may be relegated to shorter-acting medications like lorazepam because of patient comorbidities.

“Many protocols call for Ativan, but Valium and Librium are better because the idea of dosage accumulation is a good thing in a patient who doesn’t have other medical problems,” he says. Because one-half of the patients with withdrawal that hospitalists are likely to see will have medical complications, however, “physicians will have to use Ativan sometimes. If they do, they need to realize that the patient may be there three or four days “and they may need to do frequent dosing, even on third shift.”

The protocol used at Meriter calls for hourly assessment, if warranted, and separate order sets for mild, moderate and severe (stages I through III) alcohol withdrawal. Drug choice and dosing schedules “with diazepam as the preferred medication for mild and moderate alcohol withdrawal, and parenteral lorazepam for more severe withdrawal or oral lorazepam for patients with complicating comorbities “are adjusted as frequently as every hour.

“In general, the long-acting oral benzodiazepines, such as diazepam, chlordiazepoxide and clonazepam, are most beneficial,” Dr. Miller says. The shorter-acting agents, oxazepam and lorazepam, should be reserved, he advises, for situations in which clear contraindications exist for a longer-acting, accumulating agent.

Roanoke Memorial’s hospitalist-driven protocol uses lorazepam almost exclusively because of its favorable safety profile. But the protocol does call for diazepam when DTs are present or may be imminent. Generally, CIWA scoring guides dosing, but the protocol utilizes a “front-loading” approach with frequent, hourly dosing to achieve better control.

“Patients with concomitant medical or surgical illness tend to have more severe withdrawal,” Dr. Franko says. “Using front loading and symptom-triggered therapy actually decreases the total dosage of benzodiazepines needed. We’re not waking up patients to dose them with a benzodiazepine.”

Flexible dosing
Dr. Finlayson agrees with Dr. Franko about the importance of strategic symptom-triggered dosing. “By checking the items on the CIWA protocol every hour, you can fairly easily predict how much medication patients will need,” he says. As many as 80% of patients being treated for withdrawal will need only three doses of diazepam, he adds. “The secret is predicting who will have a more serious withdrawal, and that’s what the CIWA scale will tell you.”

The Vanderbilt protocol calls for three 20 mg diazepam doses in medically uncomplicated patients, and three 4 mg doses of lorazepam for elderly patients or those with liver disease. (Loading is initiated for patients with a CIWA score of 15 or higher.) If scores remain high or spike, a physician consult for additional orders is triggered.

Hospitalists at Unity Hospital in Fridley, Minn., have taken a similar approach, instituting both frequent assessment “hourly initially, and then every two to four hours based on CIWA scores “and dosing flexibility to address symptom severity changes that occur quickly or unexpectedly. Patients whose CIWA scores are less than 10 receive 8 mg of diazepam every 30 minutes for two hours until their scores dip below 10, then 8 mg every hour as needed.

When the CIWA score is between 6 and 10, dosing drops to 6 mg every two hours, and reassessment to every two to four hours.

A hands-on approach
“In the early 1990s, the approach was to give a set dose and decrease it over time, but we don’t do that anymore. Our approach is much more hands-on now,” says Paul Kettler, MD, director of the Columbia Park Medical Group hospitalist program, which staffs Unity. “The key is that you really need to get on top of the withdrawal early, or you may end up chasing your tail.”

Regardless of the protocol ultimately used, it’s important to push for institution-wide adherence for simplicity’s sake, Dr. Franko says. At the same time, the protocol should allow some flexibility in medication or dosing, even if the medical staff resists the standardization initially.

“The barriers we faced had mostly to do with physicians’ sense of what they’d traditionally used,” Dr. Franko points out. “Some liked Librium or Serax, for example, so we allowed them to change the order set to use the alternative drug “if they hand wrote the orders and let pharmacy know.”

Eventually, however, those physicians came into the protocol fold, presumably because it was easier. “If people have to go through eight hoops to accomplish something that could be done with one hoop,” he says, “you’d be surprised at how quickly they change.”

In most cases, the acute phase of alcohol withdrawal syndrome lasts four to 24 hours. If the condition goes undetected for a while or is severe, however, patients “and hospitalists “could potentially be in for a long, trying and clinically dangerous situation.

Mistake: Not giving adequate doses of medication. Physicians tend to fear bad outcomes if high doses (80-320 mg/day of diazepam or its equivalent) are needed.

Remedy: Give patients what they need based on a symptom-triggered process of giving doses when signs and symptoms warrant them.

Mistake: Oversedating patients. Staff has all patients on a fixed schedule of routine (not PRN) doses, regardless of their status.

Remedy: Use a symptom-triggered approach in standing order sets, always including this order: “Hold if oversedated.”

Remedy: Check baseline magnesium and phosphorus levels on all alcohol withdrawal patients. In severe cases (stage III or IV), recheck later in the stay, and daily if the patient is in severe delirium tremens and on a continuous benzodiazepine or propofol infusion.

The scoring system measures the severity of the following 10 common physiological and patient-reported withdrawal signs and symptoms on a scale of one to seven. A total score of 15 or higher is considered the point at which patients are at increased risk for confusion or seizure.

The National Institute on Alcohol Abuse and Alcoholism Web site offers a host of targeted publications on such issues as alcoholism treatment research and advances, addiction pathways, patient age considerations and genetic underpinnings, among others. 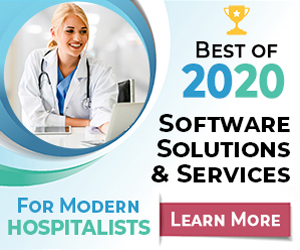 Covid surges: Can regional hospitals keep up with demand?