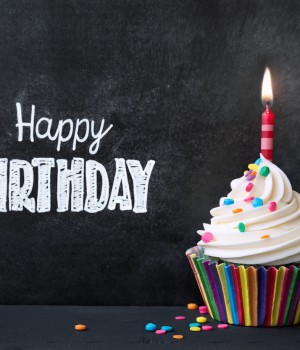 Nov. 1 marks the one-year anniversary of the Today’s Hospitalist Blogs page. When Today’s Hospitalist first approached me to pen said blog, my first thought was: “What a pain in the neck to write ‘em–and who the heck would read ‘em?” Yet after a year, I can honestly say that I’ve enjoyed the experience quite a bit. And, with more than 900 hits on the Blogs page in some months, it turns out we have some interested readers as well.

What has made writing thi9s blog so enjoyable? Looking back over my 20 or so postings this year, it is clear that most of my ideas originated in either frustration or amusement or some combination thereof, the latter being part and parcel of the hospitalist’s gig.

Many of my chosen topics, from the challenges of recruiting (in “Welcome to New Jersey”) to the lack of respect we often suffer as hospitalists (in “Hospital medicine: the new minor leagues?”) exemplify this potent mix. As such, writing about the good, the bad and the ugly of hospitalist medicine has been equal parts constructive and cathartic, and I imagine my fellow bloggers feel the same.

And here’s a little icing on the cake: A study out of Swinburne University of Technology in Melbourne suggested that spending as little as two months blogging “can help you feel less isolated, more connected to a community and more satisfied with your friendships.” I’m sure this will generate a healthy smirk on the part of my family and close friends, especially the part about connecting better to social networks–but, well, whatever it takes.

Who are our dear readers, you ask (aside from you, of course)? Well, for starters, Press Ganey, but we’ll leave that story for another entry. My guess is that our readers are physicians who appreciate the populist bent of our blogs, an approach represented by Today’s Hospitalist magazine as a whole.

I base what I write on my own experience–that of the “doc on the block”–which I’m sure rings true with most community hospital hospitalists. (That said, all of us are more than happy to indulge Ruben’s academic slant.) Call it the Rule of Seinfeld: It is the mundane, everyday, but often–and ultimately–monumental things that strike a chord with hospitalists across the board, who live what I write, as do I. In fact, if you have a hankering to dissect an issue, explore a common concern or blow off some (substantive) hospitalist steam, give the editors at Today’s Hospitalist a shout. They are always on the lookout for guest bloggers.

A quick glance down the road tells me that it will be a while before we run out of hot topics to discuss, especially as hospitalist medicine continues to remain in the vanguard. We will not lack for issues to parse out as we may be contemplating the imminent collapse of Medicare along with the recent collapse of the nation’s economy. Like most of you, I have more than a few ideas about how today’s economic conditions will affect hospitals and, indirectly, hospitalists. I keep hearing that health care is recession proof, but this may not hold true in the face of bona fide economic strife. Still, I’d much rather sell life preservers on a sinking ship than try to hock tickets for the captain’s ball.

It has been a good year and I hope to keep blogging as long as it remains fun and I don’t run out of ideas, and as long as folks (other than my grandmother) read my posts. So, a hearty thank you to my readers, to Today’s Hospitalist for coming up with the idea and then tolerating my bloviating, and, of course, to my fellow bloggers.

I cannot sign off before thanking my wife, whose support and suggestions have been most welcome. Trust me, it is more than a little helpful to be able to call on a Princeton professor and ask, “Honey, did I split my infinitives again?”