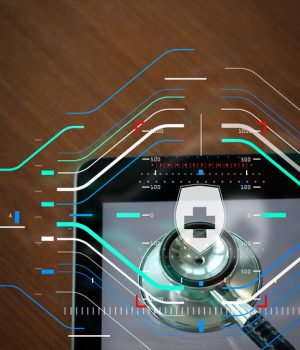 THE MORE THAN 1,000 critical access hospitals in the country all face this dilemma: They don’t begin to have the volume they’d need to afford onsite hospitalist coverage, even if they could recruit physicians to rural areas. But being treated locally in those hospitals would be better for patients and their families, while transferring fewer patients would keep more revenue in local communities.

Telehealth is an obvious solution, but what type of telehealth partnership will work best for individual hospitals? The University of Iowa Hospitals and Clinics in Iowa City, a 750-bed teaching hospital, and Van Buren County Hospital—a 24-bed critical access hospital located 80 miles away—have worked out a virtual hospitalist arrangement that, for these two facilities at least, seems to be just right.

In November 2016, the two hospitals launched a six-month pilot program in which academic hospitalists in Iowa City began providing around-the-clock virtual inpatient coverage to Van Buren. The initial goal was to see if having the virtual service could reduce transfers from the Van Buren ED to outside hospitals by 25%.

“We came in very humbly, seeing what their needs were and how our services could complement their skills.” 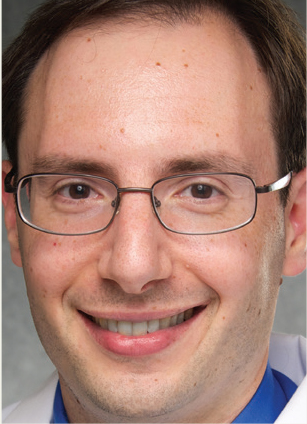 In results published online this September in the Journal of Hospital Medicine, lead author Ethan Kuperman, MD, noted that the pilot collaboration cut the number of those transfers by 36%, while ED visits to Van Buren that resulted in local admissions jumped 62%. The program has continued since the pilot ended, Dr. Kuperman points out.

“Moving forward,” he says, “we want to further emphasize quality improvement in the virtual service. Then we want to see how to replicate these results in other hospitals.”

Choosing the right model
Before the virtual hospitalist program got off the ground, the University of Iowa had a telehealth arrangement in place with Van Buren to provide as-needed (but not very frequent) emergency department consults.

“Based on these results, we thought Van Buren might be a good fit for a virtual hospitalist program,” says Dr. Kuperman, medical director of the University of Iowa’s virtual hospitalist service. The academic center was looking at potential virtual sites and, crucially, Van Buren already shared the university’s EHR.

Further, “Van Buren let us know that it was having trouble staffing its inpatient services,” he recalls. “I believe we technically approached them first, but they were the first hospital we approached and it was a good match from the get-go.”

The two sides then needed to decide what kind of virtual model to adopt. How could the academic hospitalists add value to Van Buren and what would their virtual role be?

“We didn’t want to muscle out the providers who were delivering high-quality inpatient care,” says Dr. Kuperman. “We wanted to supplement their services and make sure they were working at the top of their licenses.”

They could go with an on-demand consultative model, “but that was what they had originally for emergency services, and people didn’t really use it.” With PRN services, he explains, it becomes difficult to figure out “when it’s really necessary to get the university involved.” And because the service isn’t used regularly, “providers on both ends aren’t comfortable with it.”

Or they could provide virtual cross coverage only at night. But then both sides wouldn’t get the chance to get used to communicating with each other.

“We wouldn’t be sure that we’d be practicing the same type of medicine,” Dr. Kuperman says. “That’s a big reason why we opted for an all-inclusive collaborative model with Van Buren from the beginning.”

Virtual ground rules
The model they decided to go with mandated the use of virtual hospitalists—both day and night—for all inpatients admitted to the Van Buren wards. That includes even lower-complexity admissions the advanced practice providers there would be comfortable treating.

“By being involved in every patient encounter, it helps ensure that we’re delivering consistently high quality care,” says Dr. Kuperman. Plus, one of the benefits of the virtual hospitalist service was the ability to be both supportive and educational.

“Initially, many of the APPs didn’t have a lot of inpatient experience,” he notes. “With us being involved with even routine cases, it helped build their confidence and expertise a lot more quickly.”

But all that came only after the virtual hospitalists spent time initially getting to know the local staff. “As virtual providers, we are in the room a small fraction of the day,” Dr. Kuperman points out. “Although we’re available, we’re not in continuous communication. If they’re not comfortable reaching out to you or if you’re seen as only an external force, you’re not going to establish rapport with either the local staff or the patients.”

The solution, he says, was “boots on the ground. We went there and met with all the people we could be potentially interacting with, making sure they were fully invested in this,” says Dr. Kuperman. “We came in veryhumbly, not telling them what we were going to do but seeing instead what their needs were and how our services could complement their skills.”

Twenty-four-hour shifts
While the pilot was launched with a university grant, Van Buren now pays the academic center for the 24hour service. While Dr. Kuperman doesn’t track those figures, “they spend a fraction of what a locum would cost,” he says.

As for the virtual hospitalists in Iowa City, pilot results indicated that they spend 35 minutes per patient per day for a daily total of 92 minutes on everything from virtual patient encounters and staff conferencing to reviewing and entering patient data. Since the study, the average daily census at Van Buren has risen to four.

Several hospitalists now rotate through the service. To ensure patient continuity, those hospitalists have agreed to work 24-hour shifts in seven-day blocks. While that may sound onerous, Dr. Kuperman says it hasn’t been a struggle getting hospitalists interested.

“It’s analogous to our role here on the teaching services where you risk being called at 2 a.m. by a resident,” he explains. “I see my Van Buren shifts as being similar to staffing one of my very strong senior residents.” He schedules his virtual shifts during his academic time or during the internal medicine consult service, which is likewise a teaching service.

He’d like to see more specialties—he mentions infectious diseases, cardiology and pulmonology—offer virtual services to keep even more patients local. But the only way to justify full-time virtual hospitalists would be to cover four or five hospitals like Van Buren simultaneously—something Dr. Kuperman says the virtual hospitalists at the University of Iowa may some day be doing.

Immunotherapy: What side effects can you expect?