IN TERMS OF documentation skills, residents seem caught in a vicious cycle. Working in academic centers, they treat very complex patients. But given their lack of experience, residents take longer to care for those patients, giving them less time to focus on documentation.

That in turn increases the likelihood that their documentation won’t consistently identify clinical indicators or disease patterns, which impairs their ability to reliably capture key diagnoses. Add in the fact that most residency programs don’t set aside time for documentation training, and you end up with trainees who, upon graduating, lack the documentation skills they need as independent clinicians.

At Wake Forest Baptist Medical Center in Winston-Salem, N.C., Joseph Cristiano, MD, decided to do something about that. Teaming up with the center’s clinical documentation improvement (CDI) staff, he launched a series of what he calls “CDI Sessions” for resident physicians. 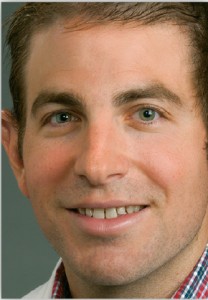 Those sessions, which target residents with heavy inpatient care responsibilities, are integrated into Wake Forest Baptist’s internal medicine and general surgery residency programs. Held every six weeks, each session is case-based and interactive, with the residents themselves pulling apart the documentation examples that Dr. Cristiano presents to figure out what’s missing, extraneous, non-specific or valuable.

“Adults learn much more from specific examples that facilitate discussion,” he points out. “And adults learn more through repetition.”

Start early
All new residents attend a one-hour, onboarding training session that introduces them to CDI, medical coding and the documentation review process. Internal medicine and general surgery residents then continue their documentation training throughout the academic year. Sessions occur regularly and are synchronized with other elements of their educational curriculum.

Dr. Cristiano often has residents read studies about documentation before each session. But the case examples that are used in sessions are culled by CDI staff from the residents’ own notes. “I really want it to hit home,” says Dr. Cristiano. “These are your notes.”

He alternates the focus of each session between documentation fundamentals—how residents can improve the precision of their overall documentation—and condition-specific documentation. An example of fundamentals being covered is a session that Dr. Cristiano led on the bad habit of “copy forward,” focusing on the sub-par documentation that results and the potential risk for patient harm.

An example of condition-specific documentation discussed in another session was respiratory failure. Dr. Cristiano and the CDI staff decide which conditions to present based on the frequency of CDI queries to the residents or the lack of a diagnosis captured by their documentation.

Avoid financials
What Dr. Cristiano does not try to do with his resident audience, however, is to seriously delve into the impact that documentation has on reimbursement and quality reporting.

“Resident physicians grappling with many demands and developing their patient-care skills may not be ready for those discussions until they’re near independent practice,” he points out. “They’re already a bit overwhelmed because of their lack of experience.” Even when he gears sessions toward specific conditions, “I explain it through the lens of how being more specific in documentation can better illustrate a diagnosis and communicate that more effectively to other clinicians”—not how more precise documentation can better capture secondary diagnoses (and better reimbursement) or help with quality reporting.

In one recent session, for example,  a member of the CDI staff mentioned  that it was unclear whether a documented pulmonary embolism in a case under discussion had been “present on admission.” Because of that lack of documented clarity, if the patient had gone to surgery, the PE could have worked against the hospital as a PSI (patient safety indicator).

“I had to translate that into plain English for the resident audience,” says Dr. Cristiano, “and spin it a bit more to point out how that’s important to clinical care.”

A different focus for faculty
Dr. Cristiano saves the emphasis on how precise documentation can improve reimbursement and quality reporting for the residents approaching graduation and for the faculty hospitalists. With the hospitalist section at Wake Forest Baptist, he holds condition-specific sessions every other month. Each session covers two “bread-and-butter” diagnoses such as pneumonia, decubitus ulcers and hypertensive crises.

“We can assume attendings have a higher level of sophistication in their documentation,” he says, “so we don’t have to emphasize fundamental strategies. Instead, we focus on the external demands on their documentation to be accountable to resource utilization and quality outcomes.”

As for the resident sessions, having a physician go through cases with CDI personnel is the best of both worlds, Dr. Cristiano says.

On the one hand, doctors are much more willing to buy into information when it is delivered by another clinician. At the same time, “it’s an important cultural shift for residents to see documentation as another product of an interdisciplinary team” that includes CDI professionals.

As of this July, Dr. Cristiano now receives some dedicated time for his work on documentation improvement. He also intends to expand both the resident curriculum and the sessions he holds with faculty to address the issue of physician burnout as it relates to documentation and EHR responsibilities.

Studies have shown, for instance, how much the need to feed an EHR takes physicians away from patients. And one study published in the November 2013 issue of the American Journal of Emergency Medicine found that an emergency doctor can expect to make 4,000 mouse clicks during a 10-hour shift. Dr. Cristiano notes that hospitalists are probably not that far behind that number.

“We need quality improvement measures to make EHRs more physician-friendly, and part of that is being mindful with documentation strategies,” he says. “Realizing how the EHR can complicate your relationship with patients and adapting your documentation accordingly can potentially relieve some of that distress.”

I’m an assistant professor at University of New Mexico and the physician champion for resident and faculty education. I’m very interested to hear about your initiatives at Wake Forest regarding documentation. I see it as a huge educational gap in our training and I’m trying to develop a curriculum around it. I would like to hear about your experience.

Thank you for the comment. We will forward your interest along to Dr. Cristiano.