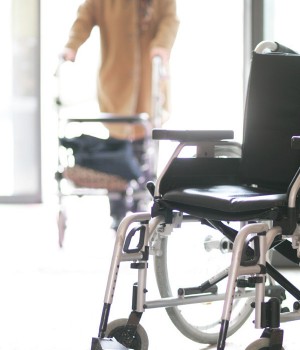 BEGINNING THIS OCTOBER, the Centers for Medicare and Medicaid Services (CMS) will begin assessing record-high readmission penalties for more than half the nation’s hospitals. According to Kaiser Health News, while the same number of hospitals are being penalized as last year, the average individual penalty will increase by 20%.

In penalizing excessive readmissions, the CMS does not take into account the socioeconomics of patient populations served by different hospitals, which is the subject of an ongoing debate. At the same time, the CMS estimates that in the next fiscal year, its total inpatient spending will increase $746 million over that of FY 2016. 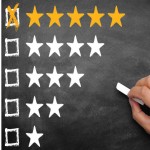 SINCE JUNE, the Hospital Compare Web site maintained by the Centers for Medicare and Medicaid Services (CMS) has featured a new star rating system for overall hospital quality.

That aggregate rating incorporates more than 60 quality measures, according to a CMS press release. While hospitals can earn between one and five stars, 38% received a three-star rating, while only 2% were awarded all five stars.

Rounding out the ratings: Twenty percent of hospitals received four stars, while 16% received two and 3% received only one. (Data weren’t available for 20% of hospitals, so those didn’t receive any rating.) Disproportionate share hospitals, which serve a significantly greater number of low-income patients, did receive lower average star ratings than non-DSH facilities (2.92 vs. 3.47). 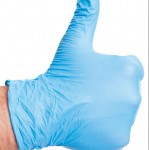 That’s according to Merritt Hawkins, a national health care recruiting firm, in its 2016 report on physician and advanced practitioner recruiting incentives. Issued in June, the report also found that hospitalist compensation between 2015 and 2016 rose 7.3% to $249,000.

The top five recruited specialties were family medicine (with a one-year compensation increase of 13.6%), psychiatry, internal medicine, hospital medicine and nurse practitioner. The report also noted that compensation for general internists may have risen because hospitalist opportunities have reduced the number of physicians practicing traditional internal medicine.

Among recruitment searches, the report found that 95% offered relocation expenses and 77% included sign-on bonuses. In addition, 90% of search assignments that the recruiting firm had done over the previous year were for employed positions, with only 10% featuring independent practices. 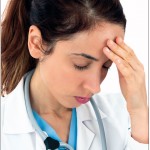 NEW RESEARCH offers more evidence of a gender gap in compensation for female physicians. In the study, which was posted online in July by JAMA Internal Medicine, researchers analyzed salary data on more than 10,200 academic doctors in 24 public medical schools across 12 states. They found that female physicians earned more than $51,000 less than their male colleagues. After adjusting for factors including age, experience, specialty, faculty rank and productivity, that difference dropped to just under $20,000.

The authors noted that gender differences in compensation varied by specialty, institution and faculty rank, with the difference between male and female full professors coming in at about only $3,000. An accompanying editorial by University of Chicago hospitalist Vineet Arora, MD, pointed out that in two of the institutions studied, male and female faculty earned the same, and that women in radiology do not “experience a pay gap.”

The editorial, which explored the potential reasons behind gender-based differences in pay, also noted that women physicians may need to enhance their negotiating skills.

Study: One in five patients  discharged with unstable vitals 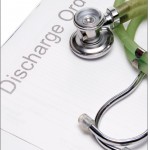 A NEW STUDY that looked at patients’ vital signs at discharge has found that almost one in five (18.7%) is discharged with abnormal vitals, increasing those patients’ risk of readmission or death.

Researchers looked at data on more than 32,000 patients in six hospitals in northern Texas. Among patients with no unstable vitals at discharge, 13% were readmitted or died within 30 days. That percentage, however, was 17% with one instability, 21% with two, and 26% with three or more. Study results were posted online in August by the Journal of General Internal Medicine.

Why do residents order  unnecessary labs? 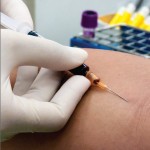 HOW OFTEN do residents order unnecessary lab tests, and why? Those questions led researchers in October 2014 to survey both internal medicine and general surgery residents at the Hospital of the University of Pennsylvania about their ordering patterns.

Across both specialties, the residents cited the following reasons for unnecessary ordering: a health care culture that ignored costs, a lack of transparency around costs and a lack of faculty role models advocating for restraint in ordering. Results were published online in August by the Journal of Hospital Medicine.

“Hospitalists can play a major role in changing these behaviors,” the authors wrote, “by sharing their expectations regarding test ordering at the beginning of teaching rotations.” 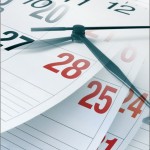 AT THE 11TH HOUR, the Centers for Medicare and Medicaid Services (CMS) in early August announced that it was delaying the implementation of the NOTICE Act. That act, which was passed in 2015 and slated to take effect Aug. 6, would mandate that hospitals notify observation patients within 36 hours of their outpatient status and of the financial implications of their not being admitted as an inpatient.

The CMS announced that the delay was designed to allow the public to comment on possible revisions to the Medicare Outpatient Observation Notification (MOON) form, the standardized tool that Medicare wants hospitals and critical-access facilities to use to notify patients about being in observation. The public-comment period on the form ended Sept. 1.

After the final MOON form is approved, hospitals will have 90 days to begin implementing it.

Are ICUs being overused? 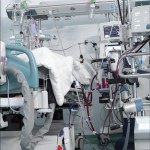 A STUDY that compares hospitals’ ICU admission rates for MI and heart failure finds that the ICUs that admit more such patients have higher mortality rates.

Analyzing data on more than 570,000 hospitalizations, researchers found that MI patients were 6% more likely to die within 30 days in hospitals with high-volume ICUs, while heart failure patients had 8% higher mortality. Hospitals with high-volume ICUs were also less likely to give heart attack patients aspirin on arrival or other therapies known to improve outcomes. The study appeared online in Chest this June.

Another study looking at ICU usage that was posted online in August by JAMA Internal Medicine concluded that critical care for some patients means higher costs and more procedures without better outcomes.

Researchers analyzed 157,000 hospitalizations in close to 100 hospitals for four conditions for which ICU care may not be needed: diabetic ketoacidosis, pulmonary embolism, upper GI hemorrhage and heart failure. In higher-volume ICUs, patients with these diagnoses had more invasive procedures and higher costs, but no improvement in mortality rates.