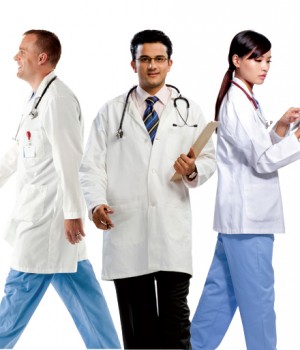 INCREASINGLY, unit-based care is considered the gold standard that hospitalist groups should at least try to attain.

But the hospitalist group I direct has spent the past year unwinding a geographic model that had long been in place. Instead, we’ve launched what I call a “continuity care model,” and only now are we seeing many of the benefits that geographic care is supposed to deliver, including more efficient discharges and better patient flow.

Isn’t geography supposed to ensure better continuity? In our case, it didn’t.

Our baseline
In May 2015, the management company I work for was asked to assess the hospitalist group at Rapid City Regional Hospital in Rapid City, the biggest hospitalist program in South Dakota with nearly 40 physician FTEs. After our assessment, the administration asked me to stay on and run the program.

I remain  a strong supporter of geographic care—as long as you can maintain a closed unit.

The program was then down about 12 doctors and burning through locums. The hospital was spending $7 million a year for locums alone and finding it impossible to recruit, so my first order of business was to turn that around. (More on that later.)

But it was also clear that the program’s geographic model wasn’t working. In a hospital with 420 beds, hospitalists each had a primary and secondary floor where most of their patients were supposed to be.

However, patients were chronically being transferred from floor to floor and handed off to another hospitalist each time. Some transfers were related to not wanting to place men and women patients together in a semi-private room. Others were due to isolation/contact restrictions or to limited telemetry capabilities. Because some floors had only in-sight, not remote, telemetry, those patients were often transferred off the floor to which they were first assigned.

Plus, we had dedicated admitters handing patients off to geographically-based rounders. When I first came on board, each patient had an average of more than three hospitalists over the course of a hospital stay. Not surprisingly, our average length of stay was 6.3 days.

The solution
One of our first moves was to ditch dedicated admitters, adding them to the rounding pool and having all rounders take turns doing some admissions. That way, patients weren’t waiting hours in the ED to be admitted.

But that still didn’t solve our transfer problem. In July 2016, we took one team of two doctors—each of whom works seven-on/seven-off and hands off his patients to the other at the end of that block—and piloted a new continuity model.

Instead of being geographically based, those doctors would go from floor to floor, working a daily census of between 12 and 14 patients. While a doctor can theoretically have patients spread across seven floors, that rarely happens.

At the same time—and this is key—the hospitalist team was paired with a dedicated case manager who works only with that team’s patients, as well as a pharmacist. The doctor, case manager and pharmacist huddle every morning for about 30 minutes to run the patient list, looking together at disposition and medication issues.

The same team huddles in the afternoon to make sure orders have been completed and to discuss which patients can be discharged the next day. In between the two huddles, the hospitalist rounds at the bedside with each patient’s nurse.

Yes, that means that each doctor has to connect with several nurses across different floors, instead of only a few in one floor or unit. If the doctor finds that a nurse on any given floor is busy, he or she does bedside rounds with that floor’s charge nurse.

Pilot results
Within two months, we realized that the pilot team was discharging 23% of its patients on average per day vs. only 18% or 19% for the rest of the group. In mid-September, we added a second team of two physicians paired with a case manager and pharmacist.

Within three months, the pilot team had decreased its average length of stay by 0.8 days. By five months, the average length of stay under the continuity model had fallen 0.95 days. Extrapolating those results across all 12 rounding teams: Moving the entire program to the continuity model could save the hospital more than 11,000 patient days per year, the equivalent of adding 31 physical beds.

We did take the rest of the rounding teams off the geographic model, although we can’t yet offer those teams a dedicated case manager. That is the rate-limiting step to going full continuity program-wide: bringing in enough case managers.

Today, most rounding teams hold huddles with different case managers on different floors, a problem we hope to solve this year. But patients now have on average fewer than two physicians during each stay.

Looking forward
When we first announced the pilot, both case managers and hospitalists were reluctant to change. But given our results, that resistance has disappeared. Another problem we solved by doing away with geographic care: Doctors used to be assigned to only certain floors and never rotated off. Hospitalists working the oncology floor, for instance, never got experience managing A fib or pneumonia. That could erode their skills and hold them back if they looked for a job elsewhere.

As for boosting recruiting, we were able to renegotiate our base salary and bonus package with the administration. But I also believe that giving hospitalists the ability to follow their patients, and potentially being paired with a case manager and pharmacist, has helped attract new doctors.

I still remain a strong supporter of geographic care—as long as you can maintain a closed unit. Many new hospitals or those being renovated are designed with flex-acuity beds and cross-trained staff. That means that no matter what patients need (other than a ventilator) or how they deteriorate, they can stay in one place.

Our hospital currently has an ongoing building project, and we may be able to get back to geography when it’s finished. But in our current situation, with patients moving so often around the hospital, this was a better solution.

Good article and highly relevant to throughput. Better title: “Attempt at utopian unit-based care fails unless complete control of everything.”

As a resident I am running a Quality Improvement project to educate incoming interns, involve proper diagnostic codes intervene and see the effect afterward. This article is probing into same issue. Love it