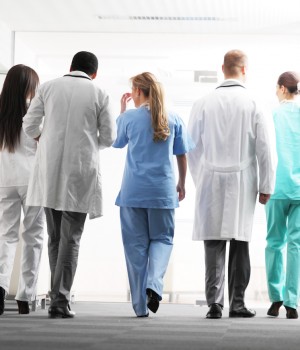 We have all heard the extensive discussion on the pros and cons of the 12-hour, seven-on/seven-off schedule. Some have lamented the diastolic/systolic nature of this model, which may lead to higher rates of burnout. Others have correctly noted that hospitalist subsidies run highest in this type of program.

What is most evident, however, and not really subject to debate is that this has evolved into the most prevalent staffing model. This evolution, I would argue, has occurred by way of the mechanism of natural selection: Swap hospitalists for Darwin’s finches, and we can call it Galapagos General.

Adaptation and mimicry
What traits have triumphed and given rise to this new species of physician, which we’ll call “Medicus septum shiftus contiguous,” or MSSC? (That, of course, is Latin for “Doctor who works seven days in a row.”) Darwin theorized that organisms that were the most “fit” ” those best able to contend with their environment and the other beasties in it “well, you know the story: They survived. Here’s how it went down in the big bad world of hospital medicine where, no surprise, it all began with the need for night coverage.

Just as gills became lungs, hospitalists became shift workers due to the selective pressure that night-shift hospitalists should be credited for all hours worked, the same as emergency room physicians. Thus sprouted a new branch on the evolutionary tree, or at least a new concept in scheduling (and pay-stub transparency): regular hours and bona fide punching of the clock.

Of course, ED docs, also a highly evolved physician species, predated the emergence of hospitalist shift work. So perhaps what we’ve got here isn’t exactly evolution, but mimicry of a sort, which happens all the time in nature. (Butterflies, anyone? Those dots on the wings that look like eyes?) But hospitalists, as evolutionary biologists have recently shown, boasts adaptations far surpassing those of ED physicians, a fact not lost on any of us when receiving sign-out for a new admission from the emergency room. Kidding, of course.

Rare species
Once we became a shift worker at night, we had to become a shift worker during the day as well. At the same time, we faced tremendous pressure to provide continuity because, quite simply, none of us would survive if we needed to see 18 new patients every day. Shift work gave rise to the seven-on/seven-off schedule and, much like the opposable thumb, the seven-day gig hung on because it worked.

Sure, some groups tried different variations. “Medicus quintad shiftus contiguous” (MQSC “”Doctor working five-on”) exists, but he and his supervisors fumble about like short-necked giraffes when trying to set the schedule more than a month in advance.

Additionally, most scientists believe the human brain can be punished for up to seven days before signs of brain death begin to occur. After that, watch out, neurons. This may explain why any hospitalist would ever agree to work a 10-on/four-off schedule. Yes, I have heard rumors that such hostile environments exist “but that’s the kind of “fit” I never want to be.

Let’s not forget about the even more recently evolved “Medicus septum shiftus contiguous nocturnum” (MSSCN “”Physician who works seven nights in a row”). For those of us running a hospitalist program, this rare, highly sought-after species has exceptional adaptive advantages.

Once nights are covered, program directors have much more flexibility to staff the day shift. They can direct doctors many more days, now that these docs are allowed to leave the hospital when work is done, even if they’re tethered to a pager until the MSSCN arrives.

More shifts worked results in a lower overall subsidy for the program, making MSSCNs worth their weight in gold. However, there is significant concern that nocturnists may eventually go the way of the dinosaur. The graveyard shift is a known carcinogen, which, after all, is the equivalent of a massive meteor strike. Besides, in my experience, most nocturnists quit the habit well before any real damage is done. (They’re also good at dodging huge rocks falling from the sky.)

End of the evolutionary line?
Finally, it should come as no surprise that hospitalists’ evolution toward shift work was the result of numerous inherited traits. Most hospitalists require frequent adrenaline surges, which we readily find treating the acutely ill.

Those who evolve into hospitalists usually harbor a desire to balance an existence both in and outside of medicine. While a traditional internist might have been willing to work 12-hour days almost every day of the year, very few hospitalists have the qualities needed to survive such a lifestyle. We’re “fit,” but not “the fittest” “and we’re proud of it.

This characteristic search for work/life balance is not surprising given that most hospitalists developed in an environment that set rigid work-hour restrictions. (Well, that’s Lamarck, not Darwin.) And very few hospitalists own their own practice; work for someone else and you are much more likely to punch a clock rather than forget a clock exists.

Earlier this year, scientists discovered a new species named Australopithecus sediba. This creature, according to one news report, “has characteristics of both primitive ape-like species and later humans, and the research team behind the find says it’s the best candidate yet found for a direct ancestor of the lineage of humans.” This amazing paleoanthropological find leads me to wonder if hospitalists have finished evolving, or if our current evolutionary state will one day be seen as the missing link between traditional internists and physician species of the future.

I am all but certain that we will continue to evolve to become more adept at all things in the hospital. Hospitalists will broaden their accepted scope of practice in critical care, cardiology and infectious disease. And we will undoubtedly continue to become increasingly skilled at many procedures such as intubation, ventilator management and central line access.

But when it comes to our schedule, I believe seven-on/seven-off is the end of the evolutionary road.