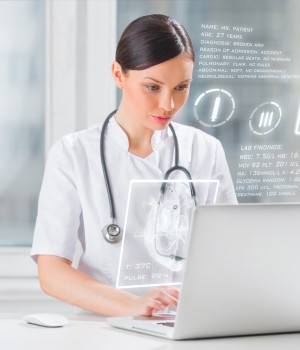 HOSPITALISTS AROUND THE COUNTRY are scrambling to get computer physician-order entry systems online in time to qualify for federal incentives this fall. But this year hasn’t brought a bumper crop of good CPOE news.

In an April study in Health Affairs, simulations in 62 U.S. hospitals found that CPOE systems detected only half of flawed orders that would result in fatalities. And results from simulations done at more than 200 hospitals released by the Leapfrog Group this summer found that CPOE systems missed one-half of routine orders “and that one-third of orders that were potentially fatal.”

Those grim results make a study published in the July 1 issue of Pediatrics seem like a ray of hope. The study, conducted at Stanford’s Lucile Packard Children’s Hospital in Palo Alto, Calif., compared mortality figures before and after the hospital’s big-bang CPOE implementation in November 2007. The study found that implementation was associated with a 20% decrease in hospital mortality, making it the first study to find a mortality benefit from CPOE.

The lead author, Christopher A. Longhurst, MD, MS, is Lucile Packard’s chief medical information officer and a pediatric hospitalist. He spoke with Today’s Hospitalist about the study and the current state of CPOE implementation.

While other studies are finding CPOE systems riddled with errors, yours finds a mortality benefit. What are you doing right, or what are other hospitals doing wrong?

That’s proof that there’s not a problem with the software system, but with how it is being implemented. Hospitals buy out-of-the-box systems that are basically big databases, and they have to configure them with tens of thousands of preferences that fit the needs and workflow of each hospital. It’s not the software they’re using, but how they implement it.

Being in Silicon Valley, you probably have access to really deep informatics skills. Could other hospitals implement a system that would be as successful as yours?

I think it is very possible for other hospitals to see similar results. We do have folks with expertise who previously implemented CPOE at Stanford’s adult hospital, and we borrowed staff from other children’s hospitals.

To be successful, you have to be diligent “as we were “in bringing the evidence to bear on what works and what doesn’t, both from peer-reviewed literature and anecdotal experience from other hospitals. We also worked hard to ensure that we didn’t introduce unintended consequences.

The caveat is that if only 10% of hospitals have CPOE, then we don’t have the available experienced workforce to simultaneously implement in the other 90%. That’s compounded by the fact that federal financial incentives are incentivizing people to implement CPOE faster, rather than properly.

How long did you prepare before you went live?

We had 18 months of planning and workflow mapping and redesign. And we spent a tremendous amount of time on testing, which is where some hospitals shortcut themselves. You can’t just do unit testing, which is important but insufficient. We went further and did simulation testing where we used the system before it was live in parallel with the paper process. We wanted to ensure that the system would work in a real, live production setting, not just with scripted test patients.

You mentioned unintended consequences from implementing CPOE. What are some examples?

The research on that comes from the Oregon Health & Science University and Dr. Joan Ash, who has described nine categories of unintended consequences.

One is misguided efforts to eliminate paper with the false assumption that the goal of the project is to go paperless. That can introduce unnecessary steps when the real goal is to eliminate only inefficient paper-based processes. For six months after we went live, we weren’t able through CPOE to get premature, critically ill babies registered fast enough, so we left those orders on paper.

Changes in communication patterns are another big one. If you talked to a bedside nurse about an order you placed on paper last week, you should still talk to that nurse this week about the computer order. Physicians sometimes mistakenly assume that a CPOE order is somehow telepathically communicated to the nurse, so that’s an example not only of an unintended consequence but a new type of error.

We learned that what we didn’t do is more important than what we actually did. For instance, in the name of patient safety, vendors supply decision support rules and alerts to cover all possible worst case scenarios. But if you enable them all, you rapidly get alert fatigue.

So we wanted a minimum of rules and alerts. We reviewed the medication safety literature and confirmed that in pediatrics, drug-drug interactions are a very rare source of harm; the greatest source of harm is dose-range errors. So we focused on dose-range checking alerts and didn’t enable drug-drug interaction alerts for the physicians. We deliver those alerts to our pharmacists, but not our doctors.

The study discusses several possible reasons why your hospital saw a mortality benefit, including implementing 300 order sets designed to help standardize care. What were some others?

We speculate that one advantage came from standardizing all patient care orders. With paper orders, whatever came out of my brain went on the paper, and it was very free-form. People receiving those orders often didn’t have the requisite information they needed.

And because orders are now being delivered wirelessly ” to radiology, labs, the pharmacy “turnaround times for all those have improved in a statistically significant way. It’s not hard to imagine that improving the turnaround times on stat medications for critically ill infants would actually improve mortality.

You mention that drug-drug interactions are less of an issue for pediatric patients. Are there any other ways that implementing CPOE in a children’s hospital might be different?

I don’t think there are fundamental differences in the implementation process. But in the children’s community, we have a very high degree of collaboration. We get together every six months with 15 other children’s hospitals that use the same system, and we share everything: order sets, lessons learned, positive and negative outcomes. Advances made in the pediatric community are propagated very quickly to other pediatric sites, and my experience is that’s not necessarily the case in adult institutions.