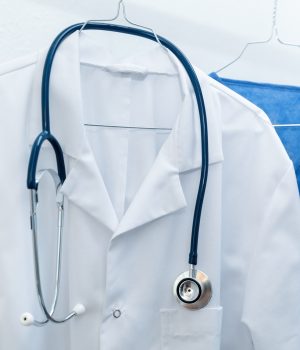 CONVENTIONAL WISDOM holds that while hiring locums may keep your hospital medicine service up and running, they are so expensive that they should be only a last resort. That’s particularly true given another common thread: that locums may not deliver the same quality care as their employed colleagues.

But new findings challenge those notions. Published online in January by the Journal of General Internal Medicine, the research compared a slew of outcomes produced by locum hospitalists vs. employed hospitalists at Promedica Toledo Hospital, an academic center for the University of Toledo in Ohio. Not only did locums provide care that was just as safe—as measured by 30-day readmission and mortality rates—but they discharged patients sooner at lower cost to the hospital.

“I was really surprised by those findings myself,” says lead author Moaath Mustafa Ali, MD, MPH. Dr. Mustafa Ali, a hematology/oncology fellow at the University of Maryland in Baltimore, spent two years working as a hospitalist at Promedica and the University of Toledo before fellowship. “You expect locum services to provide longer hospitalizations, increased costs and, possibly, worse mortality and readmissions. But what most people expect turns out to be the opposite.”

A robust locum sample
The study data covered close to 1,300 admissions between February and May 2019 among just over 1,100 patients. In the prospective study, the authors used a feature of their Epic EHR to collect readmission data on those patients from hospitals throughout a large referral area, in case patients were readmitted to other hospitals besides their own. Patients and families were also contacted to inquire about readmission or death within 30-days after discharge.

“What most people expect turns out to be the opposite.” 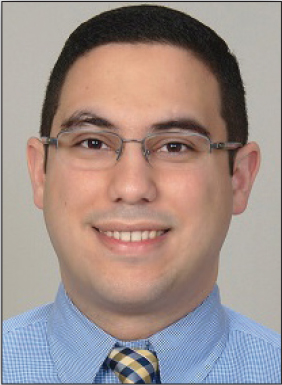 The researchers first set out to compare outcomes between another pair of inpatient services: the internal medicine teaching services vs. nonteaching hospitalists.

“Patients always have that concern: Is there any difference between those two service lines in terms of outcomes?” says Dr. Mustafa Ali. “Some patients don’t want to be triaged to the teaching service because they think residents and interns may not necessarily know what they’re doing.”

As to why his team decided to also delve into outcomes produced by employed hospitalists vs. locums, he explains that 24 locum physicians were providing services there during the study period.

“It’s really rare to have a lot of locum physicians because they are usually just filling in a few spots,” Dr. Mustafa Ali notes. “We were able to have a robust locum sample, which is why our findings are more generalizable.”

While previous studies have compared outcomes between teaching and nonteaching services, Dr. Mustafa Ali notes that only one study—published in 2017—has reported on locum outcomes in the hospital. That study, he adds, looked primarily at locums in small- and medium-sized hospitals in rural and suburban settings, not in a large referral center.

That previous research looked at the care provided by locums who did not follow patients exclusively, making that study’s results challenging to interpret. Dr. Mustafa Ali’s study, on the other hand, included two comparisons: One looked at exclusive locums care vs. exclusive employed-physicians care, while another looked at all patients but used the percentage of care that patients received from locum physicians as an indicator. Both comparisons, Dr. Mustafa Ali notes, showed that increasing locum utilization decreased length of stay and cut costs.

More competitive environment?
In the study, outcomes were adjusted through both propensity score analysis and weighted multivariable analysis.

As for the match-up between locums and contracted hospitalists, both groups posted similar mortality rates. However, patients treated by locums had one full day less on average in terms of length of stay, while the hospital costs for patients under locum care were 23% less than for their employed colleagues.

Why? The research wasn’t designed to figure that out. Still, Dr. Mustafa Ali says he and his research colleagues have this thought: “Locums operate in a very competitive environment where their income depends on them being called back in by hospitals for more assignments,” he notes. “They have to provide good care.” Employed hospitalists—he was one of them, and he has never worked as a locum—provide excellent care, but they don’t face that same competitive pressure.

On average, the locum physicians included in the study were younger and closer to training than the hospitalists who were employed. But Dr. Mustafa Ali points out that previous studies have come to different conclusions as to whether younger doctors provide better care. Some research indicates they do because they may be more up-to-date, but other studies find that older physicians clinically edge out younger counterparts due to having more experience.

Faster discharges
As for teaching vs. nonteaching services, the study found that readmission and mortality outcomes were the same, as were hospital costs. But the teaching services also prevailed in terms of better length of stay, with 0.6 fewer days. The implications of that savings are huge, says Dr. Mustafa Ali, in terms of hospital capacity and revenue. He also notes that other studies have likewise concluded that teaching teams produce safe care with better length of stay than nonteaching hospitalist services in academic centers.

His thinking as to why: Teaching services function as a team and can more easily facilitate discharges than can nonteaching hospitalists who round and discharge alone. “You have more hands, you have more eyes and you have higher capacity to achieve the goal,” he says. Nonteaching hospitalists typically see 15 or more patients, giving them little time to circle back and do discharges.

Teaching teams, on the other hand, typically have two or three residents, each seeing an average of between five to eight patients. “It’s much easier for residents later in the day to get a discharge done quickly.”

Given the study’s findings that locums deliver shorter length of stay and lower costs, Dr. Mustafa Ali and his fellow authors came to this conclusion: “It might be inaccurate,” they wrote, “to label locum physician care as ‘expensive.’ ” Instead, he adds, hiring locums needs to be viewed as providing more benefits than just plugging holes in staffing schedules.

Not that staffing shortages are anything to take lightly. “Overworked hospitalists don’t discharge patients as efficiently, which leads to complications for patients, less revenue for hospitals per admission and a hostile environment for doctors,” Dr. Mustafa Ali says. “And if your employed physicians start to leave, that’s a really big problem. You’re going to lose a lot of money.”