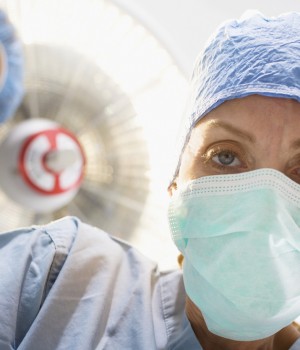 SURGICAL COMANAGEMENT BOOSTERS, take heart! Right when it seemed that the evidence was stacked against hospitalist comanagement, a new study offers support. According to the study, which was published in the August 2016 issue of Annals of Surgery, the problem hasn’t been the idea behind comanagement. Instead, it was the way that past studies were conducted.

Those previous studies showed mixed results for comanagement at best. Research published last March by The Journal of Arthroplasty, for example, found that hospitalists providing comanagement ordered more tests, leading to higher costs. Further, a study published in the Dec. 13, 2010, issue of JAMA Internal Medicine found that neurosurgery comanagement reduced costs but had no affect on mortality, readmission or LOS rates.

Results from the new study, however, bolster its authors’ contention that the methods used in past studies skewed results. In the new research, fewer patients in the intervention group—in which hospitalists provided comanagement for a group of university surgeons at Stanford Medical Center in Stanford, Calif.— had at least one medical complication, such as sepsis or pneumonia.

Moreover, the proportion of patients with an LOS of at least five days decreased, as did the number of 30-day readmissions and of patients with at least two medical consultants, compared to the control group. (Controls were the patients of a private surgical group for whom hospitalists only consulted.) Comanagement reduced costs between $2,600 and $4,300 per patient, depending on the surgical department.

Dedicated hospitalists
Past studies had methodological shortfalls that explain their results, says Nidhi Rohatgi, MD, MS, lead author, assistant professor and a dedicated comanagement hospitalist for neurosurgery at Stanford. She notes that most prior studies did not have appropriate control groups, were conducted among geriatric populations, targeted only hip fracture patients or had lower sample sizes.

Her study, on the other hand, retrospectively compared an intervention group of 16,930 patients to nearly 3,700 controls, both before and after surgical comanagement was put in place for Stanford’s orthopedic and neurosurgical departments.

“It’s hard to make inferences from 100 patients or even 300,” Dr. Rohatgi says. “Our large sample size worked in our favor.”

Another key difference: In past studies, hospitalists rotated through the comanagement services. The Stanford model instead relies on dedicated hospitalists, says study co-author Neera Ahuja, MD, a hospitalist on Stanford’s general medical service. She is also interim chief of Stanford’s division of hospital medicine.

But Stanford did not always use a dedicated comanagement model. In the past, hospitalists rotated on the orthopedic service.

“Rotating hospitalists were not as familiar with the type of surgeries and possible medical complications.”

Those hospitalists screen all inpatients admitted to orthopedics and neurosurgery between 8 a.m. and 5 p.m. After hours, they are on call for new consults or to troubleshoot issues on existing patients, and one is on call during weekends.

The hospitalists interact with the multidisciplinary team, field questions from nursing staff and put in orders as appropriate, and they may assist in medication reconciliation at discharge. They also communicate directly with the surgical team.

“It is robust 24/7 coverage,” Dr. Ahuja says. “The key to being more successful is that we build relationships and skill sets.”

The model also gives hospitalists more skin in the game. Instead of just coming in as a consult “to take care of a patient I won’t see again,” Dr. Rohatgi says she takes ownership. As a comanager, she points out,
“It’s your patient.”

Switching things up
The positive study results stem from staying ahead of any problem, according to Dr. Rohatgi. “We used to get consulted for an acute kidney injury or new atrial fibrillation after surgery,” she says. “Now, we try to prevent that proactively.”

She starts her day by reviewing the list of neurosurgery patients to see if they have any medical issues. She then gives her recommendations to the surgical team—and sometimes rounds with that team on sicker patients.

Surgeons don’t have to page her and wait for a consult, she points out, because she’s either already at the bedside or can be reached immediately via text or phone. She’s also physically there in the recovery room with any patients she has identified as having medical issues.

Despite concerns that surgeons might lean too heavily on hospitalists when they switch from consult to comanagement, that hasn’t happened, Dr. Rohatgi says. The department chairs understand the change was not to reduce the surgeons’ workload, but to improve patient outcomes and build stronger interdepartmental relationships.

“They didn’t try to delegate things to us” she says, noting that surgical teams also remain the first on-call after hours.

To prevent potential miscommunication, hospitalists considering starting a comanagement program should clarify roles and duties upfront, she advises. For example, while Dr. Rohatgi may provide recommendations on discharge medication reconciliation and communicate with the patient’s outpatient providers as needed, she doesn’t take the history and physical. And the surgical service still handles the discharge summary.

The payoffs
If she has 35 patients on the neurosurgery floor, “I’ve changed orders on at least 28, sometimes just tweaking orders for fluids,” says Dr. Rohatgi. She also communicates with patients and their families. And she isn’t surprised that comanagement is paying off. After all, she points out, comanagement hospitalists have the advantage of looking at the patient as a whole.

It’s just taken time for the evidence to catch up, she contends. She also believes comanagement benefits may be even greater than this latest research shows. Other upsides include the trust the comanagement hospitalists have built with surgical services.

“I know we make a difference regardless of study data,” says Dr. Rohatgi. “It’s a very fulfilling job.”