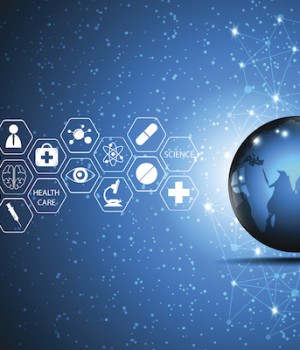 OVER THE PAST 15 YEARS, Phuoc Le, MD, MPH, has made dozens of medical trips around the world, devoting a significant chunk of his career to global health. A hospitalist and assistant professor at the University of California, San Francisco (UCSF), he’s treated cholera in Haiti, multidrug-resistant tuberculosis in Lesotho and typhoid in Malawi.

But just before he set off in early November on a month-long trip “to train local clinicians and triage suspected Ebola patients throughout Liberia “he admitted to being more anxious than usual. Ebola in its early stages looks like many other tropical diseases, and mortality often hinges on how swiftly patients are identified and get supportive treatment.

In fact, Dr. Le (twitter.com/Dr_Le_UCSF) points out, “the harbinger of different Ebola outbreaks over the past 30 years is that health care workers die from the disease. In this outbreak, a couple of hundred physicians and nurses have died in the field.” Then there’s the question of what Dr. Le will face when he returns. According to UCSF policy, no clinician who’s traveled to West Africa in the current outbreak can spend any time on a UCSF campus for three weeks.

And while California hasn’t issued a blanket quarantine policy like other states, it recently imposed a three-week home quarantine on one returning physician. Dr. Le expects to sit down with state officials upon his return.

“I plan to keep a daily diary of my activities to record my risk level,” says Dr. Le. “I’ll write down such things as: Did I actually touch a patient today, what symptoms did that patient have, and did I have my gear on? That will help with the evaluation by the department of public health.”

A longstanding relationship
In traveling to Liberia, Dr. Le is one of at least five physicians from UCSF “four of whom are hospitalists “who were either on the ground when he arrived or coming soon after.

He and his colleagues are also building on a longstanding relationship with an NGO called Last Mile Health. At UCSF, Dr. Le helped create the nation’s first global health hospital medicine fellowship. For the past three years, a UCSF global health fellow has worked with Last Mile Health in Liberia for seven months at a stretch.

Dr. Le’s destination is Grand Gedeh county in southeastern Liberia. He notes that Ebola has been reported ” probably underreported “in every county in Liberia. Grand Gedeh county, with about 150,000 inhabitants, has one hospital and more than a dozen rural health centers. While Dr. Le will be based in the hospital, he plans to travel to all the health centers, which are, he says, “as remote as you can imagine. It takes hours by vehicle, boat, motorcycle and by foot to get to the most remote villages.” The outposts may have wi-fi “when the generator is on.”

His main objective will be training local staff in infection control and prevention, but Dr. Le knows he’ll spend a great deal of time triaging patients and tracing contacts of confirmed Ebola patients.

As part of getting ready for the trip, he obtained an essential package: evacuation insurance. That insurance will give him access to a specialized charter flight in planes equipped to transport Ebola patients, a service used by the American doctor and nurse treated this summer at Emory University.

University, physician support
According to Dr. Le, “hospitalists are very well-prepared in terms of their skill set to address the Ebola crisis. We work in interdisciplinary teams, we know how hospital workflow runs, and we’re adept at triaging, isolation and infection control

But that doesn’t mean he hasn’t had a lot of help to get up to speed for the trip. Along with several dozen other clinicians and first responders, Dr. Le took a strenuous, three-day training session in October at the CDC in Atlanta.

“The goal is to become very familiar with the gear, how to put it on and, more importantly, how to take it off without contaminating yourself,” says Dr. Le. “You have to really slow down and use a lot of deliberation and muscle memory.”

He’s also been floored by the generosity of people backing his effort. One nonprofit, Direct Relief International, donated the five boxes of personal protective gear he took with him into the field.

UCSF’s 60 hospitalists are volunteering to work the shifts that Dr. Le and the other doctors are vacating during their time in Liberia and the three weeks after their return, so they won’t have to take a salary cut. And the UCSF chancellor set up a vacation bank so that anyone within the system can contribute vacation days to the doctors overseas.

“I would urge any hospital CMO or CEO to encourage people to go to West Africa,” Dr. Le says, “and not have to pay the price of losing their salary or health benefits or be stigmatized upon their return.”

At the same time, he says, “public perception is almost always going to win out, and right now, we have an abundance of caution.” During the three weeks after his return, he doesn’t want his two-year- old daughter to be barred from daycare or have his wife’s colleagues leery of working with her if he quarantines himself at home.

“I may not see them for seven weeks, but I think it’s better to take myself out of the equation and not be a distraction,” says Dr. Le. “I don’t want the focus to be on me, but on West Africa.”

For Dennis Deruelle, MD, the national medical director for acute care services for IPC The Hospitalist Company Inc., hospitalists should expect some silver linings in both the Ebola crisis in West Africa and the index case this fall in Dallas who infected two nurses.

For one, the Ebola outbreak will spur many innovations in terms of vaccines and treatments, as HIV did decades ago. (While Dr. Deruelle is not board certified in infectious disease, he spent a great deal of his career treating HIV.)

Perhaps more importantly, the missteps here in diagnosis and gaps in protective protocols will be what Dr. Deruelle calls “a flashpoint for infection control and prevention in the U.S.” Hospitals must do a much better job, he notes, “making infection control a bigger priority. There is also a great deal of variability across hospitals in how infection control is approached, and that needs to end.”

Should more Ebola patients be diagnosed in the U.S., hospitalists probably won’t be their front-line clinicians. But many hospitals “and hospitalists “are grappling with resistant organisms that kill many more people in this country than Ebola.

While attention to the few Ebola cases in the U.S. has been outsized, says Dr. Deruelle, “the main role for hospitalists is to help promote the bigger message of infection control within the hospital.”