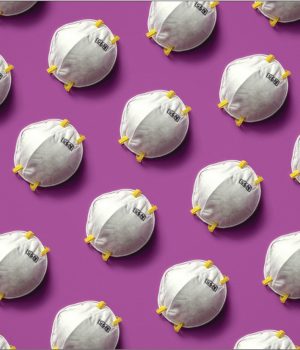 A wave of fake N95 masks inundating the U.S. has doctors and nurses worried about how much protection their PPE is really offering. Kaiser Health News in February reported that nearly 2 million of the fakes have been sent to several dozen hospitals in Washington state alone, while PPE manufacturer 3M says that close to 10 million knockoffs of its products have been confiscated in at least six states. The masks have also been confirmed in hospitals in Ohio, New Jersey and Minnesota.

Some of the masks have been described as “odd-smelling” and “misshapen,” while others do offer relatively high levels of filtration but make breathing more difficult. The fakes echo concerns about Chinese-made KN95s, which have sometimes turned out to be much less effective than they claim—and need—to be. While customs officials have been busy this past year rooting out covid-related counterfeits, the most prevalent have been fake 3M masks. 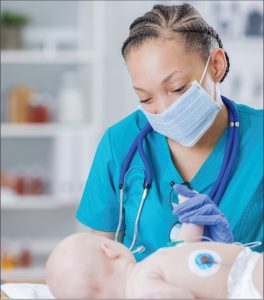 When trying to explain why female physicians are paid less than men, analysts note that women tend to work in lower-paying specialties (think pediatrics). New research quantifies just how much less physicians make in specialties dominated by women—a difference that applies to both male and female physicians.

Published in February by JAMA Pediatrics, the research letter looked at the salaries of 120,000 U.S. academic physicians. For every 10% of women who work in a specialty, mean salary for all physicians (both men and women) decreased $8,255 a year. But researchers found that the wage gap hit women twice as hard as men. While men in specialties with a large percentage of women earned $7,465 less than the mean, women earned $15,003 less.

Researchers say their findings may be “partially rooted” in women physicians being encouraged to enter cognitive specialties. Male physicians, on the other hand, are often steered to procedural specialties. “(E)fforts to narrow the physician sex pay gap,” they write, “will need to address the larger systemic issues involved.”