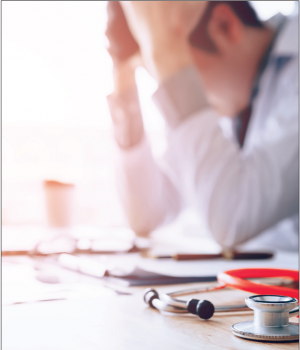 A NEW STUDY finds that physicians’ mental health and wellbeing may affect their rate of medical errors.

The results were based on a 2014 survey that had nearly 6,600 responses from physicians across all specialties. Among those, 54% reported burnout symptoms, while 33% reported excessive fatigue, 6.5% admitted to recent suicidal ideation and 10% reported a major medical error within the previous three months. Physicians reporting errors were more likely to have burnout symptoms: 78% vs. 52%.

Another factor physician respondents were asked to grade on the survey was the safety of where they worked. Physicians who reported worse work-unit safety grades were also more likely to report perceived errors.

One in four docs reports being  sexually harassed by a patient 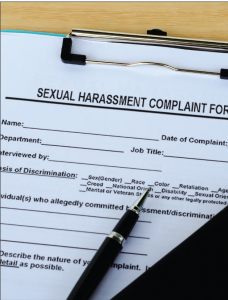 A NEW MEDSCAPE SURVEY of more than 3,700 physicians finds that more than one in four (27%) has experienced at least one incident of being sexually harassed by a patient within the last three years. While that was the case for 19% of women physicians responding to the survey, male physicians (with 16%) were not far behind.

Survey results were released last month. In a previous Medscape survey, with results released in June, 7% of responding physicians said they had been sexually harassed within the past three years by other clinicians, administrators or medical personnel, while 14% reported having witnessed sexual harassment, abuse or misconduct.

The most common forms of harassment by patients included them acting overtly sexual (17%), asking doctors on a date (9%), or touching them or rubbing up against them (7%). In a Health Affairs narrative published  in June about harassing incidents, a resident wrote that “keeping quiet about them helps no one.”

Study: Don’t rely on your own  pre-surgery risk assessment 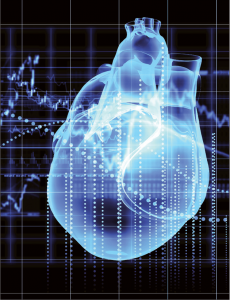 A PROSPECTIVE INTERNATIONAL STUDY that delved into patients’ functional capacity before major surgery finds that clinicians shouldn’t try to gauge patients’ risk of cardiac complications based on their own subjective assessment. The study was published in June by The Lancet.

More than 1,400 patients who were scheduled for major noncardiac surgery and who had at least one risk factor for cardiac complications were enrolled at 25 hospitals around the world. Anesthesiologists assessed and graded patients’ functional capacity, while patients were also scored on the Duke Activity Status Index (DASI), underwent cardiopulmonary exercise testing and had their NT pro-BNP concentrations tested.

The results: 2% of patients died or suffered an MI within 30 days of surgery, primary outcomes that only DASI scores were associated with predicting. “Subjectively assessed functional capacity should not be used for preoperative risk evaluation,” the authors concluded. Instead, they recommended that clinicians use a tool like DASI to estimate surgical patients’ cardiac risk. 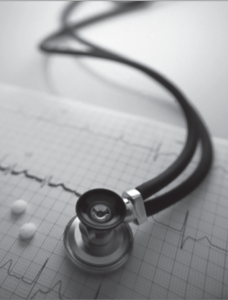 A PROSPECTIVE TRIAL that compared direct oral anticoagulants (DOACs) to warfarin produced a host of findings that favored DOACs. However, patients taking rivaroxaban and lower apixaban doses were also found to have higher risk of all-cause mortality than those on warfarin.

Researchers analyzed U.K. data on nearly 200,000 patients taking warfarin, apixaban, dabigatran or rivaroxaban between 2011 and 2016. They found that apixaban was associated with as much as a 40% lower risk for major bleeding in patients with and without A fib vs. warfarin, while both apixaban and dabigatran conferred reduced risk of intracranial bleeding in A fib patients.

“Overall,” the authors wrote, “apixaban was found to be the safest drug,” despite the observed higher risk of all-cause mortality. The results were published in July by The BMJ.

As for why two DOACs were associated with higher mortality risk, the authors note that patients taking warfarin may be monitored more closely or that prescribing choices may be dictated by patient comorbidities.

Only 30% of overdose survivors  receive treatment 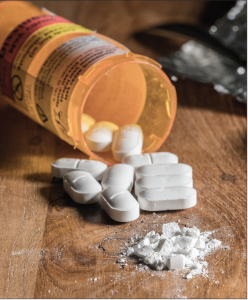 But the same study, which was published in the June 19 issue of the Annals of Internal Medicine, finds that only three out of 10 survivors receive such treatment within a year of overdosing. Researchers looked at data on more than 17,500 patients who survived an opioid overdose in 2012-14.

They found that treating patients was associated with a 40% (with buprenorphine) or 60% (with methadone) decrease in one-year mortality.

The study findings, an accompanying editorial points out, underscore both major treatment deficiencies and a lack of engagement by the medical community in managing opioid use disorders. “Stigma,” the editorialists write, “is a root reason for both.” 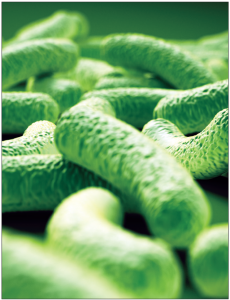 Researchers analyzed 2008-12 occupancy data for California hospitals and patients who were older than 65 and who had acute MI, heart failure or pneumonia. They found that higher occupancy was associated with a significantly lower adjusted risk of C. diff.

Instead, C. diff infections “had an inverse relationship with admission occupancy,” researchers concluded, while the rates of hospital-acquired C. diff were highest among hospitals with intermediate levels of average occupancy.

To find out why, the authors recommend that hospitals look at what they do to accommodate high occupancy and then figure out how those care processes may work to tamp down C. diff infection rates. The study was posted online in June by the Journal of Hospital Medicine. 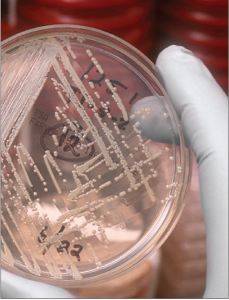 NEW RESEARCH points to this risk factor for developing MRSA and C. diff in the hospital: having a penicillin allergy listed in your medical record.

U.K. researchers followed two groups of patients for six years: nearly 64,000 patients with a listed penicillin allergy and close to 240,000 patients who did not. They found that patients claiming to be allergic to penicillin had an almost 70% increased risk for MRSA and a 30% higher risk for C. diff. Researchers concluded that those higher rates are due largely to the increased use of beta-lactams (fluoroquinolones, clindamycin and macrolides).

The BMJ published the study results in June. “Systematic efforts to confirm or rule out the presence of true penicillin allergy,” the authors write, “may be an important public health strategy to reduce the incidence of MRSA and C difficile.” The authors note that increased use of beta-lactam alternatives account for 55% of the increased MRSA risk and 35% of higher C diff risk. 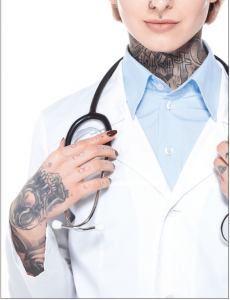 A STUDY in the Emergency Medicine Journal of nearly 1,000 patients at a Pennsylvania trauma center found that tattoos or “nontraditional” piercings didn’t affect how patients view their physicians.

Seven ED physicians took part in the nine-month study, wearing false tattoos, piercings or both—or none. After an interaction with physicians, patients were asked to rate the doctors, both those with and without tattoos and piercings, on a five-point scale. Regardless of tattoos or piercings, physicians received the same ratings in terms of professionalism, caring, approachability and reliability, among other factors.

Despite the findings, the study authors noted that most hospitals prohibit clinicians from having visible body art. Previous research has found an impact on patient perceptions of tattoos and piercings, but those studies asked patients to rate physicians after only viewing photos of providers, not actually interacting with them.