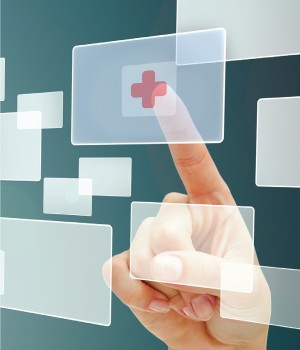 WHEN THE University of California, San Francisco Medical Center opened a new satellite hospital in the city’s Mission Bay neighborhood in 2015, it took a page from outpatient medicine. The medical center gave subspecialists at the main campus the option of performing e-consults on Mission Bay patients, if those consultants felt they didn’t need to visit patients in-person.

While e-consults are common in the outpatient setting, their use in inpatient medicine is quite novel, according to a study about the Mission Bay e-consult program published in the May issue of the Journal of Hospital Medicine.

“We already had a robust outpatient e-consult program,” says lead author Nader Najafi, MD, a hospitalist at both UCSF’s main and Mission Bay campuses. “And our neurology group had been doing video consults with outside hospitals for years.”

“We’ve reached a nice, steady state where providers know what’s appropriate to ask with which modality.” 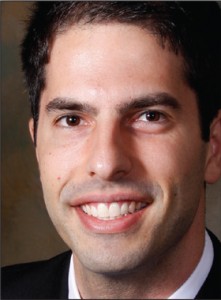 When Mission Bay opened, staff members were willing to think outside the box. “Although the new hospital is less than five miles away from the main campus,” says Dr. Najafi, “having subspecialists sit on a shuttle when they could be seeing patients or doing research was a big ask.”

Mission Bay gave subspecialists a range of consult modalities to choose from, including in-person and e-consults. (UCSF hospitalists are onsite at Mission Bay 24/7.) The trick, of course, is knowing which patient is right for which type of consultation.

Steering clear of curbside consults
The ideal patient for an e-consult, Dr. Najafi explains, is obviously one who the subspecialist doesn’t need to examine.

“Say someone has clotting and bleeding issues,” he says by way of example. “The question that the hospitalist would be asking the hematologist is: What should our blood thinner goals be? That’s a case where a consultant should be able to make a recommendation by looking at all the labs and history and through chart review.”

Another big factor behind launching the e-consult service: getting away from what can be a bad habit of seeking out curbside consults. While such consults have a (very limited) place, Dr. Najafi points out, “there’s an unspoken rule about curbside consults that you don’t document the advice you receive. So you have no point of reference for starting, for instance, a particular dose of a medication.”

Curbside consults by their nature are meant to be quick and superficial, he adds. E-consults, by comparison, have subspecialists going into the patient’s record and documenting an e-consult note.

“Not only is the consult formalized,” Dr. Najafi says, “but the note serves as a point of reference for subsequent providers. Leaving a note elevates the level of the consult.”

No pressure or pushback
As the program’s clinical lead on the e-consult program, Dr. Najafi worked with a multidisciplinary team to design the e-consult note template that subspecialists use. And because insurers don’t yet pay for inpatient e-consults, the medical center decided to pay for them internally. The rate for e-consults is about the same as reimbursement for a low-acuity in-person consult on the main campus.

Here’s how the process works: When an adult primary team at Mission Bay—urology, otolaryngology, colorectal surgery, obstetrics or gynecologic surgery—requires a medical consult, they page the hospitalist, who then reviews the chart and visits the patient. If the hospitalist requires a subspecialty consult to address a clinical issue, he or she then pages the subspecialist. The two physicians speak by phone about the patient and decide which modality is more appropriate: full, in-person consult or electronic.

If the hospitalist thinks an e-consult is in order, do subspecialists automatically agree? No, and that goes both ways, says Dr. Najafi. In his discussions with subspecialists, he’s recommended an e-consult, only to hear that the consultant believes the situation sounds more complicated and warrants seeing the patient in-person.

In other cases, Dr. Najafi has assumed that a full consult would be the way to go, but the subspecialist opted for an e-consult instead.

“It’s the inherent mismatch of not knowing someone else’s field, whether a question requires a clinician to come to the patient’s bedside or not,” he says. “And I’m happy to be wrong either way. There’s never any pressure or pushback on either end.”

Why the less than enthusiastic embrace by consultants? According to Dr. Najafi, survey results weren’t tied to any safety problems: E-consults have not resulted in any reported adverse event or even a near miss, nor have any consultants charged that they didn’t receive the information they needed to successfully complete an e-consult.

Instead, he views those results as a sign of caution on the part of subspecialists.

“It was an acknowledgement that we need to proceed carefully with this and that there are risks involved,” he explains. “If subspecialists are worried about missing key information and they want to err on the side of full consults, I’m happy to oblige.”
A year and a half after the survey was administered, Dr. Najafi adds, the safety record for e-consults is still 100%. Further, “the subspecialists have grown more accustomed to the process and to figuring out which questions are right for e-consults.”

And despite the caution of some subspecialists, he predicts that e-consults will likely become more common in hospitals, particularly those that belong to ACOs or multisite hospital systems. “We’ve reached a nice, steady state where providers know what’s appropriate to ask with which modality.”