FOR YEARS, early discharge initiatives have been gaining momentum because they’re viewed as a key solution to throughput and capacity problems.

Now, a study in the January issue of the Journal of Hospital Medicine describes one successful initiative carried out at the Lucile Packard Children’s Hospital in Stanford, Calif. While the project didn’t achieve its target goal of completing 25% of all discharges by 11 a.m., it did boost the percentage of early discharges from 8.8% to 15.8%. It also helped slash wait times in the ED and PACU for beds by about 60%.

But the initiative—which was really a series of interventions, each one instituting multiple changes— was also an object lesson in how complicated quality improvement can be.

“We’ve shifted much of the work around discharges up sooner in a patient’s hospitalization.” 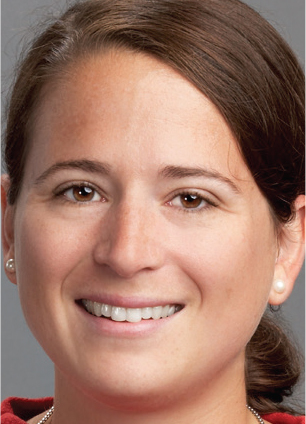 “A hospital is very complex, particularly when you’re trying to bring about change across an entire hospital,” says lead author Lauren Destino, MD, associate medical director of the pediatric hospital medicine division. “Units have different cultures, as do doctors, so it takes a lot of time and patience. What you initially think might work could have minimal impact, so you have to go back and look for opportunities you didn’t realize were there.”

A shared mental model
Dr. Destino and her research team put three successive interventions in place over the course of 10 months. Each built upon the success of the previous one and was designed to target separate hurdles that delay early discharges.

The goal of the first intervention was to break down this major barrier: poor identification of potential early discharge candidates. That intervention included seven different changes.

Charge nurses were asked to identify one patient per unit a day who was potentially eligible for early discharge the next day. Nursing and case management and hospitalists would then discuss that patient at that afternoon’s daily unit huddle, a forum already in place before the initiative began.

After the huddle, that patient’s resident, NP or PA was paged and tasked with completing medication reconciliation and discharge paperwork that day. Other team members—case managers, social workers—were asked to address any issues that needed to be in place for the early discharge the next day to take place.

Early discharge candidates were identified with a yellow magnet on their unit’s discharge white board so the entire team was aware of them, and each patient’s bedside nurse notified family members of the next-day discharge. Finally, huddle discussions on the feasibility of that early discharge continued that evening and into the next morning.

In addition to identifying eligible candidates, those multiple steps in combination were designed to create what Dr. Destino calls “a shared team mental model.”

“The idea is to get everyone—nurses, case managers, physicians, social workers and families—all on the same page,” she points out. “What you want to avoid is having one critical piece missing the next day that will stop that child from being able to go home.”

“Extra work” pushback
But even with that shared mental model in place, the improvement in early discharge rates was slow. Dr. Destino and her team realized that another big delay was that clinicians were often too busy rounding on other patients to process early discharges.

That’s when they launched their second intervention: instituting a daily physician morning huddle at which all the discharge paperwork for early discharges, including discharge orders, was to be completed before rounds. In addition, attendings and residents began to see early discharge patients before or at the beginning of their rounds.

That’s also when Dr. Destino and other project members began hearing from doctors that the early discharges represented “extra work.” ”Doctors need to balance multiple competing demands,” she points out. “And because the patient going home is usually the one who’s the most well, that discharge doesn’t seem like the most important task, at least to physicians.”

As a result, the third and final intervention was an effort to recognize and incentivize units and individuals for early discharge success. Units and/or physician teams that reached the 25% target during any given week were recognized with screensavers and certificates, while those hitting that target for a month received team trophies.

In addition, residents received a coffee card for each early discharge—a controversial move because so many providers contribute to early discharge. Coffee cards for individual residents were eventually replaced by breakfasts to celebrate an entire team.

And physician resentment dissipated. “They realized they’re doing the same work, only we’ve shifted much of the work around discharges up sooner in a patient’s hospitalization,” Dr. Destino says. “Now, what doctors need to do on the day of the early discharge is minimal.”

Building on daily huddles
Dr. Destino points out that her team paid close attention to the possibility of “gaming” to make sure doctors weren’t holding onto patients just to qualify or an early discharge. But instead of length of stay going up, which would have been the case if the project was being gamed, researchers saw a trend toward lower length of stay. They also tracked good performance on what she calls “balancing measures”: Press Ganey scores for discharge satisfaction and on feeling ready for discharge, as well as seven-day readmission rates.

Often in improvement work, says Dr. Destino, organizational changes can shift the dynamic of what needs to be improved. In the case of Lucile Packard, the hospital moved into a new building—one with more beds—in late 2017.

While that initially relieved some capacity pressure, “we started to fill up again, so we needed to call back what we’d been doing,” she says. “That was much easier than during the first go-round because we knew what we needed to do.” While the center slid back to an early discharge percentage of about 14% once the study was completed, that’s a far cry from the almost 9% where it started. The hospital’s early discharge target is now about 17%.

Dr. Destino also underscores what she and the other project members believe was a key factor in the initiative’s ongoing success: the fact that the hospital already had multiple daily management structures—huddles—in place.

“Early discharge is very much a multidisciplinary discussion,” she notes. “If you don’t have structures in place to have that conversation, you’ll first need to create them.” Without her center’s existing set (and culture) of daily huddles, she adds, “We would have been starting from a very different place, and this would have been much more challenging.”

People don’t want certificates and trophies. They want $$. Especially poor overworked resident physicians. Just like with any other business model, the sooner hospitals realize this, the sooner they will achieve the goal. Incentivize residents with bonus $. We can barely pay the rent. We are stretched beyond thin and exhausted. Of course, it is extra work. Dont sugar coat it. Even $10-20 bucks per patient would be a huge incentive to residents.