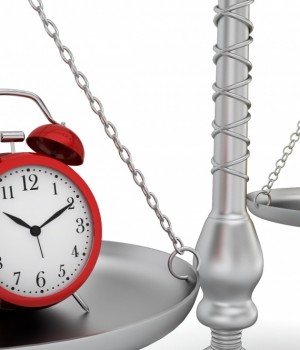 ANY HOSPITALIST WHO’S SPENT TIME trying to draw up a group schedule will tell you it can be a nightmare. Suvas Vajracharya, PhD, the founder and CEO of Lightning Bolt Solutions, which markets physician scheduling software, says one client likened scheduling to a 10-dimensional Sudoku.

The company markets its software to a host of specialties, including radiology, anesthesiology and emergency medicine.

But “the most complicated scheduling, by far, is found in hospitalist groups,” says Dr. Vajracharya. One complicating factor is that hospitalist schedules must support patient continuity, so hospitalists typically work longer blocks of days than other specialists. A radiologist on call one day, by comparison, is usually off the next.

Many groups try sticking with a scheduling template, such as a spreadsheet. But once you have to individualize a template, Dr. Vajracharya says, havoc ensues. Template-based scheduling is beset by what he calls “wild cards”: vacation requests, moonlighters, midlevels, group policies as to time off after working nights, and physician preferences about how many shifts they want to work that month.

“A schedule is alive,” Dr. Vajracharya points out. “In a group of 20 physicians, the chance that a doctor will need to change the schedule that month is nearly 100%.”

While Lightning Bolt has clients with only six physicians, the average group size among clients is 15. (The company also serves multidisciplinary organizations with thousands of doctors.) The company has many competitors, and Dr. Vajracharya admits that most are cheaper. In part, that’s because Lightning Bolt offers more than a Web-based scheduling tool. An “application consultant” first works with clients to determine the group’s scheduling requirements. The company’s advanced system then devises a schedule using those requirements as parameters.

Company staff also trains each group’s scheduling administrator on how to change those parameters; once the parameters change, the system works out a revised schedule. It can take the company’s computers hours to arrive at the best scheduling permutation, and pricing is based on the number of physicians in the group.

Dr. Vajracharya notes that the company’s director of research, Nirmal Govind, PhD, previously worked for Intel. He developed algorithms and software to figure out the most efficient schedule for Intel’s factories to use around the world for the multimillion dollar machines that manufacture computer chips.

“It’s the same problem, really,” says Dr. Vajracharya about group scheduling. “You have this very valuable resource “doctors “and you need to figure out how to best manage it.”