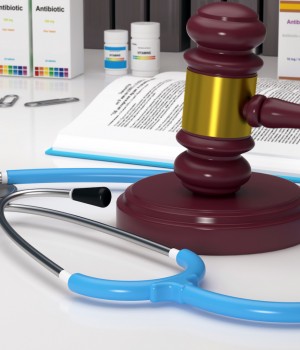 “Our primary interest was to understand the link between spending and malpractice claims,” says Anupam B. Jena, MD, PhD, an associate professor of health care policy at Harvard Medical School and a part-time hospitalist at Massachusetts General Hospital. “Many studies exist on defensive medicine, but none have actually looked at whether it may work.”

According to Dr. Jena, it’s entirely plausible that defensive medicine won’t prevent malpractice problems. After all, studies suggest that many claims arise from communication failures between doctors and patients, and that system-level errors are often to blame for missed or failed diagnoses.

“Malpractice is both under- and over-stated.”

But the research that Dr. Jena and his team published in November in the British Medical Journal (BMJ) suggests that defensive medicine may indeed provide some protection. The study looked at all hospital admissions in Florida between 2000 and 2009, as well as the malpractice history and hospital costs of attending physicians across seven specialties.

That negative association between spending and liability, Dr. Jena points out, doesn’t prove causation. “But you can’t argue that defensive medicine isn’t a real possibility,” he says. He spoke with Today’s Hospitalist.

What besides defensive medicine could explain this negative association between spending and claims?
One mechanism could be that higher-spending doctors are very thorough, not only spending more time thinking through diagnoses and ordering more tests, but spending more time with patients. That would lead them to develop better relationships with patients, and they get sued less often.

Or doctors may order more tests and procedures and have better outcomes, so patients have fewer reasons to sue. In both these examples, there are clinical benefits to doctors spending more.

But the last possibility is that doctors are spending more to reduce their liability. Patients may have no different outcome, but they’re less likely to sue because they feel that more was done for them. This third category would truly be defensive medicine.

In the BMJ study, we did not match physician spending to patient outcomes. That, however, is next on the agenda.

Health care reform aims to drive down costs. Your results suggest that cutting costs may be on a collision course with doctors’ self-interest.
Our study highlights that physician decision-making occurs in a complex environment of clinical practice, policy and reimbursement. It’s arguably naive to think that manipulating one set of policies doesn’t have effects elsewhere.

Trying to get doctors to constrain costs and focus on value-based care is clearly something we should do. But we also need to be aware of and measure unintended consequences to understand why such programs are or are not successful. If it’s true that doctors open themselves up to more liability when they spend less, that could unfortunately make doctors more reluctant to engage in value-based care.

With capitation becoming more prevalent through mechanisms like bundled payments, may defensive medicine be reduced?
It’s certainly possible that defensive medicine could be reduced with the right financial incentives, coupled with better standardization of certain care processes.

But the discussion should at least consider malpractice, in your opinion?
Malpractice is oddly both under- and over-stated. Doctors routinely report that malpractice is among their top concerns in their practice.

At the same time, economists report that malpractice costs in the overall health care system are small, between 3% and 5%. Policy-makers rightly use that as an argument to ask doctors, “Why so much focus on malpractice?”

However, these two issues are linked. It’s impossible to get physicians to be thoughtful about utilization and spending without making sure the malpractice environment is remedied. First and foremost, an efficient malpractice system must recognize the needs of patients. But it must also be cognizant of the incentives created for physicians to over-utilize resources.

IN HIS RESEARCH on defensive medicine, Anupam B. Jena, MD, PhD, is part of a team that takes a blended approach to medicine and economics.

For several years now, Dr. Jena, who is associate professor of health care policy at Harvard Medical School and who has a PhD in economics, has worked with collaborators who hail from RAND in Santa Monica, Calif., Harvard, Stanford University and the University of Southern California, and who share those two disciplines. Their study in the November 2015 issue of the British Medical Journal is the latest in a growing list of articles that detail the fallout from a grossly inefficient liability system.

Amazingly, Dr. Jena and his colleagues were the first to look at specialties, with results published in the Aug. 18, 2011, issue of the New England Journal of Medicine (NEJM).

They followed that up with an April 5, 2012, NEJM letter reporting on the mean defense costs across more than two dozen specialties. They then broke down outcomes from malpractice litigation in a research letter in the June 11, 2012, issue of Archives of Internal Medicine and found that 55% of claims resulted in litigation, although 54% of those were dismissed before a verdict. Among the small number of claims that made it to a trial verdict, 80% were settled in favor of the physician.

The team’s next publication in the January 2013 issue of Health Affairs concluded that doctors spend 11% of a 40-year career, or more than four years, facing an open and unresolved malpractice claim.

Then there was this gem in the February 2015 issue of JAMA Internal Medicine, which took a different tack: Researchers analyzed mortality and treatment differences for patients who suffered an acute cardiovascular event during dates of national cardiology meetings.

“When the cardiologists were out of town,” says Dr. Jena, “patients actually had better outcomes.”