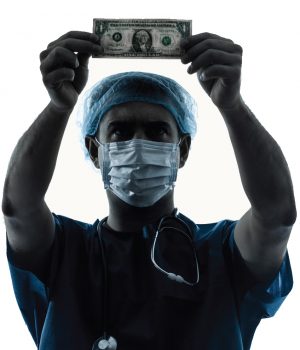 IN THE PURSUIT of more cost-effective care, researchers have identified some things that don’t work. One randomized study published this July in JAMA Internal Medicine, for instance, found that displaying the costs of inpatient labs in the electronic record at three hospitals didn’t change physician orders or associated costs.

But Griffin Hospital in Derby, Conn., is having great success with this strategy: motivating residents to take a hard look at their own ordering practices, then encouraging them to ferret out repetitive, unnecessary care.

The initial step that spurred housestaff to action was what Olugbenga Arole, MD, chief of hospital medicine at Griffin, calls a cost-conscious care curriculum. That curriculum features an ongoing series of didactic lectures begun in 2015 that highlights high-value, appropriate care.

“The change in culture here has been so rich that we need a more organized approach to decide which projects to take on.” 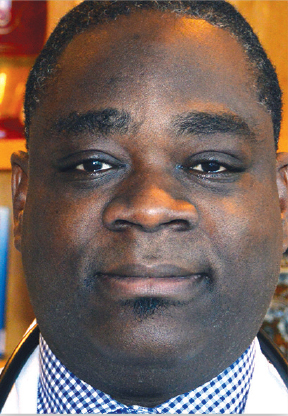 The residents at Griffin then took that ball and ran with it, kick-starting successful quality improvement projects that, in turn, keep fi ring them up to tackle more. Their success at reducing orders for unneeded daily labs, for instance, spurred another project that slashed orders for repeat transthoracic echocardiograms (TTEs) in half.

In fact, the residents have been so ready to champion projects that Dr. Arole is now standardizing a template that housestaff can use to submit QI proposals that he will then prioritize.

“I’m getting a bit overloaded trying to keep up with them,” he says, noting that since 2015, the residents at Griffin have finished five QI projects, three of which have been published. “The change in culture here has been so rich that we need a more organized approach to decide which projects to take on.”

Didactics with real-life scenarios
Griffin Hospital trains more than 40 internal medicine and preventive medicine residents. Housestaff from all three years attend the lecture series that Dr. Arole, for the most part, has himself delivered on topics like high-value hospitalizations and high-value quality improvement. In those lectures, he highlights real-life scenarios taken from rounds he may have done the day before.

“During the first lecture I gave on cost-conscious care,” Dr. Arole explains, “I asked if anyone was interested in working to reduce unnecessary lab orders. A handful of residents came on board.” That led to focus groups in which residents examined their ordering practices, which further sparked their interest and awareness.

That also led to the first resident-driven QI initiative that targeted repetitive daily labs. As part of the project, housestaff began providing a rationale for ordering daily labs. They also started getting direct feedback if they consistently failed to provide that rationale, and they received regular updates about their lab orders.

As a result, Dr. Arole points out, the number of CBC orders in the hospital dropped 11%, while those for bacterial endotoxin tests fell 10%, saving the hospital about $2,000 a month.

That success pushed the residents to take on a new target: repeat TTEs. Unfortunately, they couldn’t find any baseline data for what a reasonable number of TTE orders would be in a hospital the size of Griffin. Nor were there good guidelines.

However, Dr. Arole notes, “the general consensus is that if patients have had an echo within the past six months, there’s no strong recommendation for repeating one unless their clinical condition has significantly changed.”

Deferring night orders
But the only reliable way residents could see if a TTE had been done within the last six months was if an inpatient TTE was documented in their own EHR. Given the lack of interoperability between inpatient and outpatient records, how could they find out if a patient had a recent TTE?

First, residents decided to make more of an effort to track down outpatient TTEs. They decided to first call the patient’s cardiologist (if he or she has one) to see if a recent echo has been done. “The next call,” Dr. Arole says, “is to the patient’s primary care providers to see if they have echo results on fi le, either from that primary care office or another hospital from a previous hospitalization.”

Who makes those calls? “The residents,” he says. At the same time, medical and physician-assistant students from nearby Quinnipiac University round with attendings and residents. “We also use them as extenders to make those calls.”

The residents implemented another key change: having the night team defer TTE orders to the day team the next day. That allows daytime residents to discuss with the cardiology service whether an echo needs to be ordered.

Hospitalists and housestaff analyzed data on more than 900 TTEs ordered before the cost-conscious curriculum and interventions were implemented, and found that 21% had been repeats. When they looked at more than 800 TTEs ordered after the residents became much more selective, they found that only 11% were repeats, a 52% reduction.

Those new approaches to TTE ordering have been sustained, says Dr. Arole, as has the reduction in the number of repeat TTEs being performed.

Motivating front-line providers
That success has since pushed residents to branch out even further. In the two years since they launched the TTE initiative, residents have honed in on telemetry utilization to see if patients are being placed on telemetry unnecessarily.

“Another imaging modality we’re looking at is MRIs for osteomyelitis in patients with chronic lower- extremity ulcers to see if there is overutilization there as well,” Dr. Arole points out. “That particular project is still in progress.” In addition, one resident’s proposal to look at which hospital orders for fresh frozen plasma are appropriate “has actually grown into a very large project.”

The ever-expanding range of projects is a testament, he notes, to the idea of a cost-conscious culture bubbling up from front-line providers instead of being imposed top-down from administrators. His administration, he adds, is completely on board with the projects, but it’s encouraging him to create a more standardized QI process.

As part of that effort, residents who want to engage in any QI project must first enroll in the Institute of Healthcare Improvement Open School.

Once enrolled, they then have to complete more than a dozen modules that earn them a certificate in quality improvement.

Making residents get that certificate, Dr. Arole notes, gives them a foundation in quality improvement. “They’re not just coming in, starting a project and then running without any guidance.”