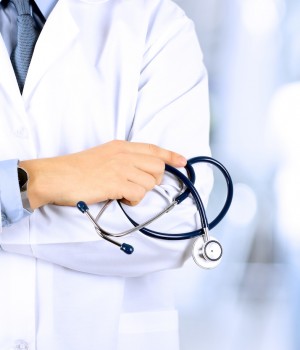 I have a big problem: There are too many of you, by you I mean subspecialists, and not enough of us; by us, I mean hospitalists. There are also not enough primary care doctors and the following request will help them as well. But make no mistake about it, this letter is completely self-serving.

As you well know, JAMA reported that 98% of residents are planning a career in subspecialty medicine. No doubt, this trend is a direct result of many factors, not the least of which is that the average medical school debt before a residency is completed now runs upwards of $150K.

When I was a resident, the last guy in a class could have walked into an anesthesia residency at Mass General. Now, anesthesia and other high-paying lifestyle careers (dermatology, ophthalmology, and radiology) could not be more competitive. As a direct result, primary care suffers from the health care equivalent of leprosy.

Yes, I realize this was none of your doing; the health care system essentially screwed itself. Rewarding you for doing procedures and rewarding us for caring for patients (don’t take this the wrong way–I am not specialty bashing, just stating the obvious with a degree of admitted hyperbole). Then the health insurance system promised “gatekeepers,” doctors who would run the system much more efficiently and keep your costs down. Yet “gatekeeper” became synonymous with “paper pusher,” and aspiring doctors were told by frustrated practicing physicians to flee primary care as if it were a burning building.

And, yes I realize that this is not your problem per se. Or is it? Let me give you an analogy that might convince you to hear me out. For years, the American auto industry built ridiculously fuel-inefficient cars. While this proved to be a disastrous long-term strategy, at the time the industry was simply supplying what its customers demanded. Similarly your customers–young doctors who seek training–may one day find themselves in a General Motors-esque meltdown.

I suspect in a few more years, a combination of the laws of supply and demand and health care reform may actually level the compensation playing field significantly for non-specialists. This is a big IF, but if we really believe preventive care and efficient inpatient medicine are the way to go to save the big, bumbling health care system, such change is inevitable.

And the failing health care system is much less easy to ignore when it is in perfect synch with a collapsing economy. I believe the new Obama-led political machine is ready for radical change because $2.2 trillion and an ever-growing chunk of the GDP can no longer be ignored.

OK, enough of my lecturing. If you made it this far, you are probably saying to yourself, “I could have done two colonscopies by now!” So how can you help me (and the health care system) with my problem?

Consider this: a “Teach for America”-like solution to our primary care shortage. Let’s require a mere 25% of each accepted fellowship class to work first as a hospitalist (or internist) for a minimum of three years. That would be good for you and result in better trained fellows. And it would good for them because they’d have the potential to pay off some of that debt before accruing even more while on a fellow’s stipend. (Oh, and they might actually enjoy themselves.)

Now, I realize all of my hospitalist colleagues may not agree with my proposal. “What about us who stay behind? Won’t we be thought of as second-class citizens?” And will increased supply paradoxically reduce the salaries for us “lifers?”

Perhaps, but I suspect to no great degree, and increased supply may mean less burnout from ever-growing patient volumes. If there is true and meaningful health care reform, more hospitalists (and internists) may allow us to have enough time to treat more complex problems consistent with the skills we learned in training. Then, we won’t need so many of you (oops, that was a slip of the keypad–please strike it from the records).