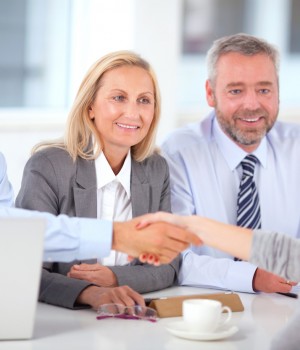 Two years ago, when Kimberly Bell, MD, decided to move on from a hospitalist position she’d held for 10 years, she posted her CV on just a job board or two. Almost immediately, she had more than 20 responses from recruiters eager to tell her all about their hospitalist program.

Barbara Tuley, MD, faced an even bigger onslaught. After putting her CV online in mid-March of this year, the Oklahoma-based hospitalist is still receiving e-mail offers, even though she’s signed a contract to begin a new position next month. She reckons her tally of e-mails is now about 100.

“Almost everyone had a great sign-on bonus, a great starting salary, great benefits like moving expenses, malpractice insurance and CME,” Dr. Tuley says. “They all sounded great “and they all sounded the same.”

In the super-heated job market for hospitalists, it’s easy to lose perspective in the candy store of job opportunities. As compensation packages and signing bonuses get fatter, hospitalists looking for a job need to be able to look beyond what Dr. Tuley calls “the initial hype” and zero in on what they really want in a job.

Defining your ideal
When Dr. Bell took her first hospitalist position in 1996, she had just one job-search criterion: She wanted to work in one particular city in the Northwest.

Fast forward 10 years to the robust response Dr. Bell received looking for her next job. “That was a cue to me that I had to figure out how to narrow the field,” she says. “I needed to think about what was the ideal opportunity and how would I recognize it among so many different options.”

That’s when Dr. Bell developed her own list of what she wanted in a new job, which helped her to weed through responses. That list was so comprehensive, in fact, that she interviewed for only two prospective positions, including the one she now holds: as director of the hospitalist program at Centennial Medical Center in Nashville, Tenn., an HCA program.

What offers didn’t make the cut? The first ones to be tossed aside were those that didn’t offer leadership opportunities. “I didn’t want to just be a hospitalist,” Dr. Bell says.

Her next criteria had to do with scheduling and patient load. “Having worked multiple schedules over the years, I knew that certain ones would work better than others.” She scratched off, for instance, any offers that included too many weekend nights or a high daily census.

She also drew the line at programs that had more of a procedural focus or those that paid less than she was currently making. “The issue really is being sophisticated enough,” says Dr. Bell, “to tease out the information that’s important to you.”

Solving previous problems
For experienced hospitalists, what becomes important when considering a new offer is correcting the kind of problems they’ve run into previously.

In Oklahoma, Dr. Tuley says that her “fix list” helped her whittle down potential offers. While she was willing to entertain offers in other parts of the country, she did want to take a close look at jobs available in her home state to cut down on time needed for credentialing.

But her biggest priority was a better schedule. In one previous job, for instance, she had found an almost fail-safe formula for burnout: a schedule that consisted of one 48- hour, in-hospital shift per week.

“It was worse than residency,” says Dr. Tuley. “I wanted a more traditional schedule, seven-on/seven off with 12-hour shifts.” Not only will the schedule at her new job “at McAlester Regional Medical Center in McAlester, Okla. “improve her quality of life, but it will provide much better patient continuity, another major item on Dr. Tuley’s job-search list.

Another factor that helped her cut through the noise of potential offers: the opportunity to tie compensation to productivity. In previous positions, she says, she could earn only a set salary, and she didn’t receive regular feedback about job performance that would allow her to improve.

In her new position, on the other hand, she’ll receive a review every six months, when her productivity figures will be matched to mean national benchmarks.

“If I’m producing at 110% of that mean, I’ll be paid 110% of my base salary,” says Dr. Tuley. “If you’re a good hospitalist, you shouldn’t be afraid of productivity incentives.”

Making the short list
In Oregon, Cornelia Taylor, MD, just started her third hospitalist job in four years in the form of a new position at Oregon Health Sciences University in Portland. When she ramped up this latest job search, she says she too was looking for the antithesis of her previous positions.

Because she came from a small community hospital in her prior job, for instance, Dr. Taylor wanted a facility that offered a lot of subspecialty support.

As the mother of young children, she also needed a more family-friendly schedule than the call-based shifts she’d previously worked. She was also interested in a more comprehensive benefits package that included such items as disability and retirement contributions.

And unlike Dr. Bell in Nashville, Dr. Taylor specifically looked for offers that weren’t executive positions. “I’ve done other things where I was medical director of this and assistant vice president of that,” she says. “I’ve had my fill of administrative headaches.”

This latest short list of must-haves “subspecialty support, less administrative responsibility, a more doable schedule and broader benefits “is a far cry from what Dr. Taylor says used to appeal to her. Now, the job feelers she receives in the mail for highly-paid positions go unnoticed.

“My priority used to be making lots of money,” Dr. Taylor admits. “Now my priority is to actually have some balance between money and time.”

Mistakes made
Both Drs. Taylor and Tuley say that when they approached their latest job search, they used some of the lessons learned from previous times they’d been recruited. In one former position, for instance, Dr. Taylor says she wished that she had paid more attention to what was being glossed over in the interview process.

“I kept trying to get information about the schedule that I felt I never got, until it was my schedule,” she says. The fact that the previous position was a brand new hospitalist program “and that she was the first person hired, as director “meant that she didn’t have colleagues onsite to talk to. When looking for her latest position, she says, she steered clear of start-up programs.

Dr. Tuley, on the other hand, is joining a start-up program, a situation where she likewise ran into problems in previous positions.

But the approach this latest startup is taking to program development, she says, was one of the factors that impressed her the most about her new position.

As part of the interview process in previous jobs, she says, she should have sat down with the hospital CEO to get specifics of his recruiting strategy and budget. “I would have realized that he had no concrete plan, and that would have been a huge red flag,” Dr. Tuley explains.

When she was considering taking her new position, on the other hand, hospital administrators spelled out their two-year recruiting plan in detail. “I know they’re spending a lot of money on recruitment,” she points out.

Building on previous pluses
In contrast to physicians who’ve seen what they don’t like in previous hospitalist jobs, Frank Barich, MD, just started working as a hospitalist a few months ago, first at Salem Hospital in Salem, Ore., and starting last month at Willamette Falls Hospital in Oregon City, Ore. Both hospitalist programs are managed by Sound Inpatient Physicians.

Dr. Barich came to medicine after a career in engineering, so one of his job-search objectives as a hospitalist had to do with size. “I worked for a huge company for a while “McDonnell Douglas “and did research and worked in academics,” he says. “I like working for a smaller company.”

Dr. Barich also wanted to build on previous positive experiences. Before jumping the fence to hospital medicine, he spent two years as a primary care physician for a hospital-owned clinic, then another two years as part of a two-physician private practice.

He came away from private practice with one distinct objective: to work for a group that was owned by physicians, not by a hospital.

“I talked to almost a dozen physicians who work as hospitalists in this area,” Dr. Barich says. “The one comment they made was that I should work for a program owned by doctors, not a hospital.” Why? “A physician-owned program gives doctors more autonomy, including input into the maximum number of patients seen each day.”

Sound Inpatient was a good match for him, he adds, because it is a physician-owned organization and has contracts with several hospitals near where he lives.

“I can focus on medicine and patients, but don’t have to run the business,” he points out. “It’s the best of both worlds.”