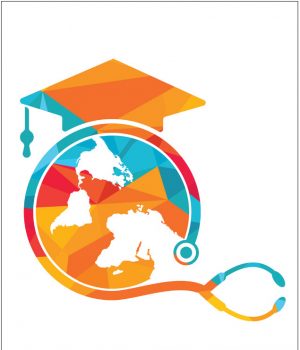 A research letter published last month points out that IMGs make up about 25% of the American physician workforce—but 45% of the doctors in the U.S. who’ve died from covid.

In the letter, the authors looked at data on 132 physician deaths from covid as of late November 2020. They found that 60% of those deaths occurred among primary care physicians, even though primary care doctors make up only 37% of practicing physicians. (According to the letter, 40% of IMGs work in primary care.) The letter was published by JAMA Network Open; Abraham Verghese, MD, was its lead author.

As to why the IMG death toll was disproportionately high, the letter points out that close to 40% of physician deaths were in New York and New Jersey, which have high numbers of IMGs. Also, because those states were particularly hard hit during the early part of the pandemic, doctors there had higher rates of exposure. “The larger number of deaths among IMGs,” the authors write, “highlights their important contribution to patient care.” 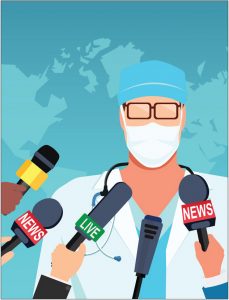 A federal judge has thrown out a lawsuit brought by hospital workers suspended from Houston Methodist Hospital for refusing to be vaccinated against covid.

The workers, who say they will appeal, claimed in their suit that they did not believe the vaccines were safe because they’d been issued only EUAs by the FDA, not full approvals. In his ruling, the judge rejected the workers’ argument that the hospital’s policy of mandatory covid vaccinations was forcing them to take part in a “human trial.”

In other legal news, a Boston federal appeals court last month upheld the right of hospital employees to talk directly to the media. The court ordered a hospital in Maine to reinstate an employee who had been fi red after complaining in a letter to a local newspaper about hospital turnover. Coverage of the ruling notes that the decision may affect cases of health care workers—including hospitalists—who were fi red or disciplined by hospitals after speaking out about pandemic-safety concerns or launching donation drives for PPE.

Analysis argues for continued use of convalescent plasma 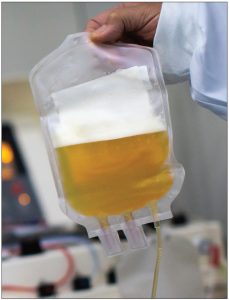 But new research published online in June in the journal eLife makes the case for clinicians taking another look. The authors compared data on both the number of plasma units distributed to hospitals and covid hospital deaths, finding a strong negative correlation. According to the new research from the model that researchers devised, every 10% increase in the rate of plasma used in hospitals cut covid fatalities by 1.8%, while the decline in plasma use between November 2020 and February 2021 may have contributed to more than 29,000 excess covid deaths.

As to why some studies found no therapeutic benefit with convalescent plasma, the authors note that in many of the negative trials, the therapy was administered relatively late in the course of the illness. By then, patients were too sick to benefit and their immune responses were driving severe disease. 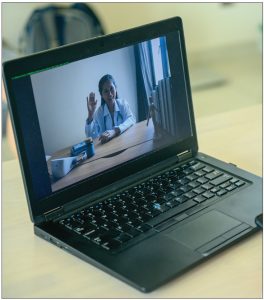 A June article in Slate highlights what may be positive fallout from the pandemic: the end of the expensive cycle of in-person interviews for those applying to medical schools.

According to the article, candidates apply to an average of 17 medical schools and, back in the day, applicants went in-person to every interview they were able to get. That added up to a very expensive application process that discouraged those with lower incomes or those who couldn’t take time off from work to travel from applying.

“It might be no surprise at all,” the article noted, “that 51 percent of medical students come from the wealthiest quintile of households, with 24 percent from the top 5 percent alone.” This year, however, the entire interview process went virtual. Some sources in the article pointed out that the change may disadvantage newer and rural medical schools. However, the majority of candidates and admission officers quoted welcomed the change.

Who is thinking of leaving health care because of pandemic stress? 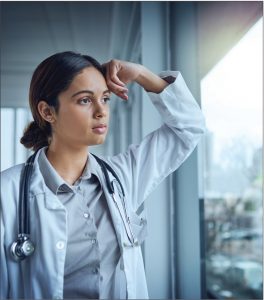 A survey of 5,000 clinicians in one health system found that about one in five is considering leaving the workforce because of the stress of the pandemic. Another 30% say they are considering cutting back their hours.

The study, which was published in April in JAMA Network Open, was done at University of Utah Health, was done at University of Utah Health. The authors found that half the respondents who are parents said that parenting and managing virtual schooling for their children were big stressors. Researchers also discovered that while 27% of respondents thought their productivity had increased during the pandemic, 39% thought it had dropped, which caused additional stress.

A Medscape article about the study notes that respondents who were younger, married, part of a racial/ethnic minority or working in a clinical setting were more likely to consider leaving the workforce. Female trainees were also more likely to think of leaving than their male counterparts.