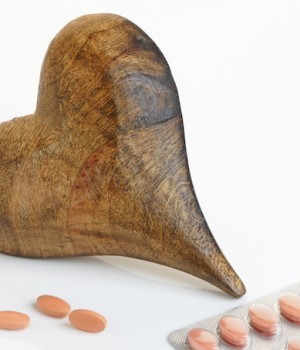 WHEN THE AMERICAN COLLEGE of Cardiology Foundation/ American Heart Association updated its guidelines on perioperative beta-blockade late last year, it capped a turbulent five-year period in which physicians have received conflicting advice.

While a number of high-profile studies published on perioperative beta-blockers had shown significant benefits of the therapy, cracks in that rosy picture began to appear in 2005. That’s according to Hugo Quinn Cheng, MD, a hospitalist at the University of California, San Francisco, and director of UCSF’s medicine consult service. Starting in 2005, a few trials and a prominent meta-analysis suggested that “there may be potential for harm, particularly in terms of bradycardia and hypotension,” Dr. Cheng says.

Then the POISE trial, which appeared in the May 31, 2008, issue of Lancet, “gave everyone pause.” The randomized, controlled trial, which looked at intermediate- risk patients on high-dose metoprolol, found that patients had fewer myocardial infarctions, but more strokes, more sepsis and a higher death rate.

Hospitalists scared by those results were whipsawed again by the DECREASE-IV findings, which appeared in the June 2009 issue of Annals of Surgery. Researchers using a different beta-blocker at a much lower dose found prominent benefits without an increase in mortality. The pendulum had begun to swing back in favor of beta-blockers.

That cautious endorsement was reflected in the updated guidelines released in November 2009. Asked to sum up the main conclusion of the guidelines, Dr. Cheng offers this assessment: “Large, fixed doses of beta-blockers started immediately before surgery are probably not safe. Instead, the new guidelines emphasize titration rather than a fixed dose.”

To sort through the ongoing changes in perioperative beta-blockade, Today’s Hospitalist spoke to Dr. Cheng.

In addition to the emphasis on titration, what else strikes you as being important in the updated guidelines?
The overall recommendations aren’t all that different from those issued in 2007, but they do downgrade the level of evidence and certainty for certain recommendations. What was once a class I indication, for example, was reduced to a class IIA recommendation. The update didn’t eliminate any group of patients as candidates, but it downgraded the strength of the recommendations for many patients.

What does that mean for you as a hospitalist? Do you now have to base beta-blocker decisions more on individual risk factors?
The guidelines mean that you need to look at individual patients much more carefully. And to a certain extent, they argue against what a lot of people were doing, which was using simple protocols that automatically put patients on beta-blockers.

Some hospitals were trying to let an algorithm essentially decide whether or not a patient should get a beta-blocker. While that may still be possible, the onus now is on the hospitalist to individually examine potential patients’ risk for complications vs. benefits.

This approach also requires hospitalists doing postoperative care to gradually increase the dose of the beta-blocker up to the goal dose rather than to expect patients to have received the goal dose preoperatively.

Researchers in DECREASE-IV started beta-blockers a month before patients were operated on, a luxury that hospitalists don’t have. How should hospitalists incorporate those data into their practice?
What was interesting about that protocol was that even though researchers started patients on a relatively low dose of bisoprolol well in advance, they really didn’t do much titration prior to surgery. Starting immediately after surgery on the first postoperative day, they gradually started titrating the dose upwards to a perioperative heart rate goal of between 50 and 70, provided the systolic blood pressure remained above 100.

While it’s great to start beta-blockers as early as possible before surgery, hospitalists can still potentially see a lot of benefit “if you believe the data from DECREASE-IV ” from titrating the beta-blocker dose up over the first few days postoperatively.

Previous research called into question using perioperative beta-blockers in low-risk patients. Do the updated guidelines now rule out beta-blockade for these patients?
I thought they might, but instead of saying, “Don’t do it” for low-risk patients, the guidelines say, “We don’t know. The risks and benefits aren’t entirely clear.” In my own practice, I tend to assume that for patients at the low end of the risk spectrum, the potential benefits are relatively low. You may be taking risks without a whole lot of potential gain.

Do the POISE findings of higher stroke and sepsis suggest you should be talking about those risks when starting patients on a beta-blocker?
We start patients on a lot of medicines perioperatively without discussing risk, like DVT prophylaxis that comes with a slightly increased risk of bleeding. It’s hard to say we need to get informed consent with perioperative beta-blockers when we don’t do that for any number of other medications, so I’m not necessarily having that conversation.

Were you surprised by the increased rate of stroke and sepsis in POISE?
Stroke was intuitively obvious: For patients with atherosclerotic cerebral vascular disease, when you drop the blood pressure and suddenly you don’t have enough pressure to get past the stenosis, you have what are commonly called “watershed infarcts.”

For sepsis, I’ve heard two hypotheses. One is that by beta-blocking patients, the early signs of sepsis, one of which is often tachycardia, may not have been manifest, so early sepsis was missed. The other hypothesis, which may be more rational, is that for patients who did become septic on a beta-blocker, the beta-blocker on board made them more resistant to vasopressors. So having a huge dose of beta-blocker in your system was not a good thing if you were dropping blood pressure because of toxemia.

Have you changed how you prescribe?
I fairly strongly curtailed my use of perioperative beta-blockers after POISE, but since the DECREASE results were published last year, I’ve become more comfortable starting beta-blockers in intermediate-risk patients.

But I am also at the point where I may decide not to start a beta-blocker in a patient who is having surgery but has an infection and may become septic, or who may have had a previous stroke.

I can find excuses to not beta-block a patient and go with my instinct in those situations without feeling like I am violating the standard of care.