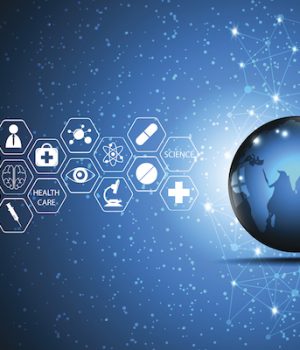 WITH ANNUAL HEALTH CARE EXPENDITURES in the U.S. approaching $3 trillion, how much money is wasted each year? In 2009, the business firm Thomson Reuters estimated that provider inefficiency and errors waste between $75 billion and $100 billion a year, while lack of care coordination chalks up between $25 billion and $50 billion a year.

But both those categories were eclipsed by unwarranted use, which accounted for between $250 billion and $325 billion of wasted expenses a year.

“That’s a lot of money for things we shouldn’t be doing,” said Leonard Feldman, MD, a hospitalist and associate professor of internal medicine and pediatrics at Baltimore’s Johns Hopkins Hospital and director of its general internal medicine comprehensive consultation service. At the Society of Hospital Medicine’s annual meeting last spring, Dr. Feldman reprised a session on non-evidence-based medicine.

Why is it hard to quit ordering tests and therapies that aren’t backed by evidence? For one, said Dr. Feldman, “we have a limited understanding of the costs of the things we order.” Patient expectations are another factor, as is the fact that doctors often can’t access patient data that may already exist somewhere else.

While economic incentives drive unwarranted use, so do learned behaviors. “When you’re involved with a residency program, you see this all the time,” Dr. Feldman pointed out. “Our senior residents pass it along to our interns, who then become senior residents.”

At this year’s session, Dr. Feldman focused on four tests, therapies and practices that hospitalists should either reconsider using or just plain stop doing.

An end to folate testing
Physicians routinely order serum and RBC folate levels for patients with macrocytic anemia, dementia and other conditions. According to Dr. Feldman, there is no consensus as to which is the better test.

“They both have issues,” he noted. Both tests are notorious for false negatives, while serum folate tests deliver false positives for people with intermittent, heavy alcohol use and those on anticonvulsants or antineoplastics.

But here’s the real question, said Dr. Feldman: How prevalent is folate deficiency? In the 1980s and 1990s, when folic deficiency rates ran as high as 24%, physicians had good reason to check folate levels. But since the FDA began requiring manufacturers to fortify cereal with folic acid in 1998, deficiency levels have plummeted.

Dr. Feldman summarized several studies, all of which found very low levels of folate deficiency among inpatients. A study published in the February 2013 issue of the Journal of Hospital Medicine, for instance, looked at all inpatient and emergency department serum folate tests performed over 12 months at Boston’s Beth Israel Deaconess Medical Center. The research encompassed more than 1,900 patients ” and found only two who were serum folate deficient, or 0.1%.

The authors also did a financial analysis, based on a charge of $151 for each test. “If that charge is correct,” said Dr. Feldman, “you’re spending close to $160,000 per abnormal test.” Even using a more conservative charge of $71, which was cited in a different study, “you’re still looking at about $75,000 a year in one institution to find one abnormal test result.”

Further, physicians should test for folate levels in anemic patients only if it presents as a congenital issue “”and you all won’t usually have to deal with that.” Physicians may want to consider empiric treatment for macrocytic anemia, but make sure patients don’t have B12 deficiency, he added. “And just tell patients to eat more cereal.”

The (very) low value of CK-MB
For patients admitted with chest pain, many physicians still order CK-MB tests to evaluate for a non-STEMI. Why? Many doctors believe the test may allow them to diagnose an AMI faster or determine the size of the infarct.

CK-MB was, Dr. Feldman explained, a really helpful test when it came out in the 1970s. But new assays decreased sensitivity and produced a lot of false positives.

Then, CK-MB was surpassed by troponin assays in the 1990s and 2000s. “The first generation of troponins was detectable at the same time as the CK-MB, and we’re at the fifth generation of these troponins,” he noted. “Now, they are super sensitive.”

Study data (and guidelines) support the use of troponins over CK-MB. But can CK-MB give physicians any information, particularly if results are different from those of troponin assays?

Then there was the GRACE trial published in the March 15, 2006, American Heart Journal. It likewise divided ACS patients into the same four groups, looking at both in-hospital mortality and mortality rates six months out.

“It’s interesting how similar the results were,” said Dr. Feldman. That was the case not only for in-hospital mortality, but for six-month mortality as well.

Guidelines now endorse the use of CK-MB only if a troponin assay is not available. So is CK-MB a high value test?

“No way,” Dr. Feldman said. “It’s a clear cost if CK-MB accompanies every troponin, and it delivers no additional information about diagnosis, infarct size or reinfarction or for evaluating people with chronic troponin elevation.”

He added, “We can save a lot of money for our health care systems by getting rid of this test.” The physicians at Johns Hopkins did just that at the beginning of this year, said Dr. Feldman “”by moving heaven and earth. The cardiologists were going crazy, but we were able to get rid of it everywhere but in the CCU and the MICU.”

Nebulizers vs. metered dose inhalers
Hospitalists still use albuterol nebulizers for many reasons, and doctors may think that mist is a better vehicle for medicine than metered dose inhalers (MDIs), said Dr. Feldman. That’s particularly the case, he pointed out, because “poor MDI technique is common, and 70% of patients fail to use MDIs properly.”

Doctors are especially sold on the theory that the more beta-2 agonists that nebulizers deliver, the better the effects. But according to Dr. Feldman, that theory is wrong.

“Beta-2 response rapidly reaches a plateau,” he explained. Continued administration just produces more systemic side effects: tremors, tachycardia, cardiac arrhythmias and lactic acidosis. “Then we’re looking at other isomers of albuterol to try to decrease the systemic effects because we’re overdosing the albuterol.”

And “nebs may contribute to the nosocomial spread of respiratory viral infections,” he added, “so be careful.” In terms of evidence, Dr. Feldman pointed out that there is “shockingly little inpatient data.” But he believes physicians can extrapolate from the ED data that are out there. In addition, most studies have looked at asthma patients, but “I assume those results can be extrapolated to COPD.”

The studies that have been done were incorporated into a 2013 Cochrane Review that compared nebulizers to MDIs with spacers. The review found no difference between the two therapies in terms of admission rates, while length of stay in the ED was the same between both groups for adult patients. However, children using MDIs with spacers got out of the ED sooner.

And while peak flows and FEVs were similar between both groups in both adults and children, heart rates were lower for patients using MDIs, as was the incidence of tremors in children.

Dr. Feldman’s conclusion is that nebulizers and MDIs are equivalent in the ED “if patients use the right dosing and their MDI technique is good.

“The choice of delivery method should reflect patients’ age, preference, practice situation and your institution’s formal financial evaluation, but not efficacy,” he said.

No need for a transition day
How many hospitalists still keep patients in the hospital another day to observe their transition from an IV to an oral antibiotic? According to a show of hands among audience members, that practice is alive and well.

One-day observation was actually mandated in the 1980s by a peer review agency. “And in many early community-acquired pneumonia studies in which patients were switched earlier from IV to oral, especially when fluoroquinolones became available, people wanted to make sure that patients wouldn’t fail oral therapy,” Dr. Feldman pointed out. “So they were watching them a day in the hospital.”

Why is one day of observation a dumb idea? “We all get our patients early follow-up within a week after discharge,” he said, “and the bioavailability of many oral antibiotics is excellent.”

And while there is little agreement as to the length or route of antibiotic therapy to begin with, antibiotic half-lives are often long enough that therapeutic levels last for hours. If observation is called for to make sure patients don’t fail oral therapy, he noted, 24 hours probably isn’t long enough.

“Patients are probably not going to get worse for 48 or 72 hours,” he said, “but no one suggests we watch them that long.”

There aren’t, Dr. Feldman added, a lot of data. Several studies were published in the 1990s, one of which looked at one-day observation in pneumonia patients alone, while others looked at patients with additional indications as well. They all found similar rates of adverse events among both observed and unobserved patients.

The most recent evidence came from the National Pneumonia Project, with results published in the June 2006 American Journal of Medicine. After looking at 40,000 Medicare pneumonia patients, Dr. Feldman said, researchers found that the groups were similar. “Not surprisingly,” he added, “length of stay did go up for people observed an extra day. The conclusion was that observation didn’t improve readmission rates or mortality.”

Dr. Feldman did mention another study, a randomized controlled trial of pneumonia patients in Spain published in the June 25, 2012, issue of Archives of Internal Medicine. Patients received either three different interventions or usual care. The interventions included early mobilization, the use of objective criteria for switching to oral antibiotics (such as clinical improvement with the ability to maintain oral intake and stable vital signs with no vasopressor support), and the use of predefined criteria for determining discharge.

“When they did this three-step clinical pathway, the overall length of stay was 3.9 days vs. six days with standard care,” he pointed out. Further, researchers’ use of objective criteria for switching from IV to oral therapies shaved two days off the amount of time that patients were on IV antibiotics.

The take-home message is that while no data support observing patients an additional day, “we should use systematic criteria for when patients are ready to make the switch from IV to oral,” Dr. Feldman said, “even if we’re not sure patients need to be on IV antibiotics to begin with.”