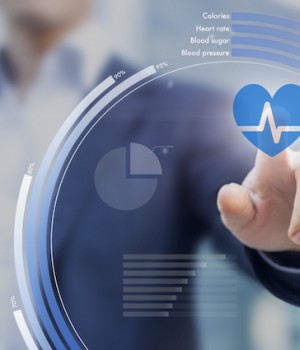 How good of a job do you as a hospitalist do when it comes to treating patients with acute heart failure (AHF)? If you’re like most hospitalists, you’re probably under- or over-diuresing patients and under-using vasodilators, and your use of positive inotropes may be positively dangerous.

That was the message delivered last fall at the University of California, San Francisco (UCSF) meeting on managing the hospitalized patient. During an update on AHF therapies, John R. Teerlink, MD, professor of medicine at UCSF, said that mistakes commonly made during treatment of the condition leave a lot of room for improvement.

Consider a few of the staggering statistics about AHF. The syndrome accounts for more than 1.1 million hospitalizations in the U.S. every year. Mortality runs between 10% and 20% within three to six months, while 60-to- 90-day readmission rates are even worse “20% to 30% “making heart failure the nation’s No. 1 cause of rehospitalizations.

Dr. Teerlink, who is also director of the heart failure program at the San Francisco VA Medical Center, said those statistics show why getting AHF therapy right is so important.

“The admission for heart failure is not just a downward blip after which patients return to baseline,” he pointed out. “Patients actually end up worse off. Something about the episode damages the heart and neurohormonal system, so frequent readmissions may actually lead to progression of the disease.”

Making the diagnosis
Because acute heart failure is really a heterogeneous syndrome, Dr. Teerlink explained, the type of AHF matters. “Symptoms, signs, tests and the BNP are only components of the diagnosis,” he said. “Other etiologies, such as acute coronary syndrome, myocardial infarction or pulmonary emboli, must be considered and addressed.”

While decompensated heart failure has several precipitating factors, the issues seen most frequently in the hospital are poor dietary and medical compliance. The latter can often be chalked up to errors made by physicians who might discontinue patients’ ACE inhibitor when they have a cough, or inappropriately reduce their diuretics.

Another precipitant is medications that make heart failure worse. The biggest culprit, Dr. Teerlink said, is nonsteroidal anti-inflammatory agents, which can increase patients’ risk of being hospitalized 10-fold.

While hospitalists are very familiar with the syndrome’s signs and symptoms, there are some they might not be as aware of. Chief among them is abdominal discomfort.

“Some patients in my heart failure clinic notice that they feel full a little early during a meal or queasy in the stomach, usually because they’re retaining fluid in the gut,” he said. “We increase their diuretics, and they stay out of the hospital.” Physicians should also ask about sleep disturbances, which are reported by 50% of AHF patients.

As for the physical exam, Dr. Teerlink said he takes a cue from Oliver Wendell Holmes Jr.: “First, strike for the jugular and let the rest go.” The most important thing to look for is elevated jugular venous pressure, which can not only guide therapy, but also help in assessing prognosis.

But “for something that is so central to our care of the hospitalized patient, it is remarkable how lousy we are at it,” Dr. Teerlink said. “Work with your echo folks or use any other way to improve your physical exam skills.”

The role of BNP
What’s the role of B-type natriuretic peptide (BNP) levels in diagnosing heart failure? The only updated guideline with level A evidence issued by the American College of Cardiology/American Heart Association last year for AHF contained this important caveat: BNP levels should be measured in patients being evaluated with dyspnea in whom the contribution of heart failure is not known.

“BNPs have been demonstrated to be very helpful in the diagnosis of dyspnea due to heart failure,” Dr. Teerlink said, “but the final diagnosis ought not to be considered solely on the basis of BNP.”

Most physicians would acknowledge the important role that BNPs can play in diagnosis and in having a favorable impact on heart failure outcomes and costs. One Swiss study in 2004, for instance, found that patients cared for by physicians who took BNP levels on admission were discharged on average one to two days sooner.

However, an Australian study published in the March 17, 2009, Annals of Internal Medicine found no difference in outcomes or costs between patients who had their BNP measured upon admission and those who did not.

And while higher BNPs are found in right-side heart failure, said Dr. Teerlink, they’re also present in a host of other types of patients and conditions, including older patients, black patients, and those with renal dysfunction or myocardial infarction. Patients who are obese or who have early heart failure or stable class I heart failure have lower BNP concentrations.

“It’s a very useful test that needs to be interpreted in the context of the rest of your findings,” Dr. Teerlink said.

One effective diagnostic adjunct for a select group of heart failure patients in whom the etiology of near shock or shock is unclear is the pulmonary artery (PA) catheter. The problem, he added, is that doctors who can place a PA catheter are “a dying breed.”

As a resident, Dr. Teerlink said, he put in more than 100 such catheters. “I have residents now who have never put one in, ever,” he said. “I think I placed too many, but current approaches favor putting in too few.” And while new diagnostic modalities are coming down the road, including portable echocardiography, none is ready for prime time.

Finding “middle ground” on diuretics
The general rule of thumb, said Dr. Teerlink, is to direct therapies to the underlying pathophysiology. Patients with volume overload and peripheral edema or ascites, for instance, should be diuresed, while patients with volume redistribution due to hypertension should not.

The decision to use diuretics “and how much to use “is a balancing act among volume overload, renal function and blood pressure. Because rising creatinine due to diuresis tends to keep patients in hospitals, diuretics are often decreased despite patients’ persistent congestion. That can be the start of what Dr. Teerlink called a “cascade of problems,” with patients having their ACE inhibitors and ARBs discontinued, inotropes given, and PA and Foley catheters placed or replaced.

“We have this yin and yang of treating too much or too little with diuretics,” said Dr. Teerlink. “It’s hard to find that middle ground.” Nevertheless, he added, most patients are discharged with significant dyspnea on exertion as well as significant rales and edema. And according to the national ADHERE registry, more than 50% of heart failure patients leaving the hospital have either gained weight or lost less than five pounds. “We are clearly underdiuresing our patients,” Dr. Teerlink said. “We do not treat our in-house patients to dry weight, and that has been one of the strongest predictors of patients coming back to the hospital.”

Other therapies
Vasodilators are indicated both in patients who are and aren’t taking diuretics. One reason why vasodilators are so underutilized, Dr. Teerlink said, is that physicians in the U.S. don’t really know how to dose nitroglycerin. Dr. Teerlink commonly tells residents to start nitroglycerin and titrate aggressively, only to find that they’ve upped the dose from 10 mcg to only 40.

“Physicians who use a lot of nitroglycerin can reach up to 160 mcg in less than an hour, while the top dose given can be 200 to 400 mcg,” said Dr. Teerlink. “Those kinds of doses can be very effective.”

Another vasodilator that Dr. Teerlink labeled as “completely underused” is nitroprusside. A study in the July 15, 2008, issue of the Journal of the American College of Cardiology found that patients with low output heart failure actually had improved survival with sodium nitroprusside.

“You can’t rule out the fact that patients selected for nitroprusside in this study may have been healthier,” Dr. Teerlink admitted. “But it’s an extraordinarily useful therapy.”

Another agent, nesiritide, has “gotten a lot of press,” Dr. Teerlink said. While it effectively reduces pulmonary capillary wedge pressure and dyspnea at three hours, “we don’t use a lot of it because of its expense and the potential for prolonged hypotension,” which can last more than two hours. An ongoing trial with 7,000 patients is looking at the drug’s renal and mortality issues.

Then there are the positive inotropes like dobutamine and milrinone, agents that work to increase cardiac output. The downside is that they are known to lead to increased myocardial necrosis, arrhythmias, unpredictable hypotension (in the case of milrinone), and death.

Continue (or start) beta-blockade
When it comes to beta-blockers, most physicians now know to continue patients on beta-blockers, although some may halve patients’ dose on admission. Discontinuing beta-blockers, studies have found, can lead to a two-fold increased risk of death, except for patients in cardiogenic shock.

Patients with reduced ejection fractions not already on beta-blockers should be started before discharge, Dr. Teerlink said, although he doesn’t start beta-blockers in acute heart failure patients during their first 24 hours in the hospital. Other drugs to be continued include ACE inhibitors and ARBs unless patients have acute renal failure, and spironolactone or eplerenone unless patients are hyperkalemic or have significant acute renal failure. All NSAIDs and non-beta-blocker negative inotropes, however, should be discontinued.

As for keeping patients from bouncing back, pre-discharge and post-discharge management with nutritional consults and education programs are essential, Dr. Teerlink said, particularly multidisciplinary programs.

“The success of these programs depends on whether they offer a real live human being who the patient can talk to,” he pointed out. He gives his beeper number to all of his patients, and in more than 20 years, has never received an inappropriate phone call.

Hospitalists should be teaching patients how to weigh themselves daily and how to self-titrate diuretics. And “education programs need to include a little on the pathophysiology of heart failure,” he added. “If I tell patients how heart failure evolves and why, they understand their medicines, and they’re more likely to take them.”