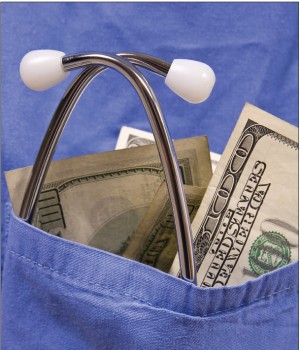 CMS releases ﬁnal MACRA rule
THE CENTERS FOR MEDICARE and Medicaid Services (CMS) last month released its long-awaited ﬁnal MACRA rule spelling out how physicians will be paid through its quality payment program beginning in 2019.

The ﬁnal rule has signiﬁcant differences from what the CMS ﬁrst proposed in April. It preserves two payment tracks: the Merit-based Incentive Payment System (MIPS) and the Advanced Alternative Payment Models (APMs).

However, the ﬁnal rule gives physicians options to customize their level of quality reporting in 2017. It also raises the “low-volume threshold” for mandatory participation to include only providers who bill Medicare more than $30,000 a year and care for more than 100 Medicare beneﬁciaries.

And still being ﬁnalized are plans to develop more APMs to allow more doctors to participate in that track but take lower levels of risk, starting in 2018. Unlike physicians participating in MIPS, those who belong to an advanced APM will receive a 5% annual incentive payment and have a lower burden of quality reporting.

Thrombectomy: the earlier, the better 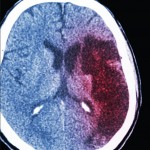 IN A NEW META-ANALYSIS, researchers have found that time is the key to maximizing the beneﬁts of thrombectomy. The study pooled data from ﬁve 2015 randomized trials, which all found that thrombectomy plus tPA delivered better outcomes than tPA alone among close to 1,300 patients with large-vessel ischemic stroke.

While the combination of thrombectomy plus tPA was associated with less patient disability at three months, those beneﬁts were greatest when the time from symptom onset to arterial puncture was less than two hours.

The study also found that the beneﬁts of thrombectomy became nonsigniﬁcant after 7.3 hours of symptom onset, and that each one-hour delay to reperfusion was linked to less favorable ability and independence among patients.

Results were published in the Sept. 27 Journal of the American Medical Association. According to an editorial that accompanied the research, “The profound effect of early time to treatment suggests that systems must change substantially to achieve the maximum beneﬁt for most patients.” 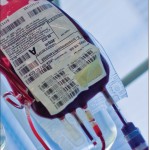 NEWLY ISSUED GUIDELINES from the AABB (the former American Association of Blood Banks) recommend a conservative strategy for blood transfusions. The guidelines> which update those issued by the group in 2012, are based on more than 30 randomized trials that compared a liberal transfusion strategy (9-10 g/dL) to a restrictive one (7-8 g/dL).

Among the recommendations: Hemodynamically stable patients in the hospital (including those in the ICU) should be transfused only when their hemoglobin reaches 7 g/dL. However, the transfusion threshold for patients undergoing orthopedic or cardiac surgery and those with cardiovascular disease should be 8 g/dL.

In addition, the guidelines recommend using standard issue blood instead of limiting transfusions only to fresher blood that has been stored for less than 10 days. Guideline authors point out that threshold recommendations do not apply to patients with acute coronary syndromes, chronic transfusion-dependent anemia or severe thrombocytopenia.

The new guidance was posted online in October by the Journal of the American Medical Association. WHILE U.S. HOSPITALS are being penalized for excessive 30-day readmissions, new researchsuggests that monitoring readmissions that take place within ﬁve to seven days of discharge would more accurately gauge hospital quality.

In the October issue of Health Affairs, researchers analyzed unplanned 30-day readmissions at more than 900 hospitals among six million patients with three conditions: acute MI, heart failure and pneumonia. They found that the greatest variation among readmission rates occurred within the ﬁrst seven days.

What the authors called “the hospital-level quality signal” was highest on the ﬁrst day after discharge but fell rapidly to its lowest point, which was at seven days following discharge. Researchers concluded that “most readmissions after the seventh day postdischarge were explained by communityand household-level factors beyond hospitals’ control.”

Using a readmission metric of only seven days or fewer, researchers added, would boost both “the accuracy and equity” of readmissions as a quality measure. 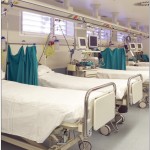 CAN STAYING in the same hospital bed as a former patient who took antibiotics raise patients’ risk of contracting C. diff? According to a new study the answer may be “yes.”

Researchers studied 2010-15 data from four affiliated New York hospitals on patients who spent at least 48 hours in a hospital bed that had been vacated less than a week earlier by a previous patient. They published their results online in October in JAMA Internal Medicine.

The authors found that the cumulative risk of developing C. diff was higher among patients when previous bed occupants had received antibiotics, a modest but signiﬁcant association. That association was maintained even when the subsequent patients did not receive any antibiotics themselves.

“These data support the hypothesis,” the authors wrote, “that antibiotics given to one patient may alter the local microenvironment to inﬂuence a different patient’s risk for CDI.” 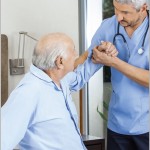 THE NUMBER OF Medicare beneﬁciaries using hospice care jumped 38% between 2007 and 2015 to nearly 1.4 million, while Medicare spending on hospice care over that time increased 52%.

Researchers also noted that mean per-patient spending may be inﬂuenced by the regional concentration of for-private hospice companies, and that regions with higher average per-patient spending had higher rates of hospice patients with dementia. Patients with dementia diagnoses had the longest average length of hospice services (103 days in 2015), while those with cancer diagnoses had the lowest (47 days in 2015). 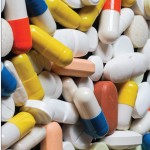 A NEW STUDY looking at inpatient antibiotic trends ﬁnds that prescribing rates in U.S. hospitals are not going down—and that doctors are ordering more broad-spectrum antibiotics.

Researchers from the CDC analyzed 2006-12 data on 300 hospitals and more than 34 million discharges. They found that 55% of inpatients over that period received at least one antibiotic, with no signiﬁcant change seen over time in the overall use of antibiotics or the number of days of therapy.

However, researchers did ﬁnd a signiﬁcant increase in the use of thirdand fourth-generation cephalosporins, macrolides, glycopeptides (with a 32% increase found in vancomycin use), beta-lactam/beta-lactamase inhibitor combinations, carbapenems and tetracyclines. According to the authors, that increase is “worrisome in light of the rising challenge of antibiotic resistance.” Results were posted online in September by JAMA Internal Medicine. 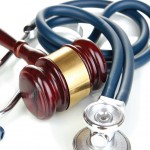 A NEW REPORT from the nation’s largest physician-owned medical malpractice insurer indicates that the most common claims targeting internal medicine physicians are related to diagnosis—and that both hospitals and physician practices are at risk.

The report, which was released in September by The Doctors Company, looked at claims closed between 2007 and 2014. The analysis found that 39% of claims alleged failed, delayed or wrong diagnosis, with 56% of those claims alleging inadequate patient assessments such as failure or delay in ordering diagnostic tests.

Patient factors such as noncompliance with a treatment plan contributed to 25% of claims, while 21% entailed a communication breakdown between a patient or family and a provider. Further, 19% involved allegations of medication-related errors.